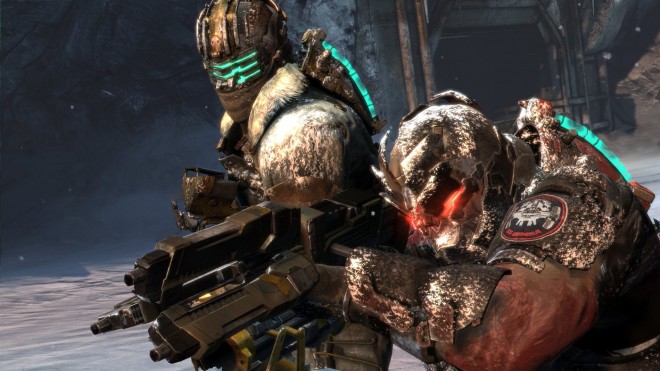 Dead Space fans, prepare yourself for next month. Today, EA has announced that the Dead Space 3 demo will be coming to both the PS3 and Xbox 360 January 22nd, 2013.

The demo will include co-operative play, where players will get a chance to go through the demo portion as either Isaac Clarke or his new companion, Sergeant John Carver.

In the demo, players will be thrust into deep space terror when unwilling hero – Isaac Clarke – and all-new co-op companion – Sergeant John Carver – crash land on Tau Volantis, an unforgiving ice planet teeming with Necromorphs. Dead Space 3 takes the franchise’s core elements of suspense, horror, action and sound and introduces them to all-new elements – including co-op play – that allows players to work together to take down the most ambitious Dead Space experience yet.

For those who own an Xbox 360, you’ll be able to get into the beta one week early (January 15th) by signing up on EA’s Dead Space 3 Demo Page.

Dead Space 3 is set to launch February 5, 2013 for North America. If you don’t remember, the devs behind Dead Space 3 dropped it’s competitive multiplayer from the 2nd title and decided that co-op would be the best approach this time around. So while there’s no PvP, you’ll still be able to enjoy a multiplayer experience through it’s co-op mode.

That leaves the question, do you think co-op horror works?