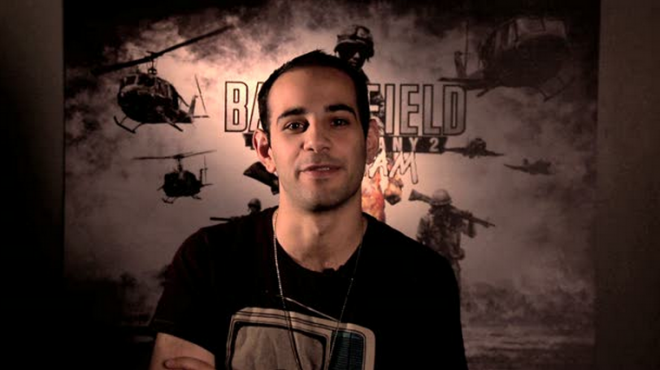 DICE Producer Daniel “zh1nt0” Matros is offering DDOSers of a charity stream meant to help raise money for orphaned children in Haiti a tour of the orphanage in response to their attacks.

Earlier today, members of teamavolition.com reportedly disrupted a live charity stream hosted by Matros through a distributed denial-of-service attack, leading Matros and those donating to the cause to fall short of their goal.

“Your decision to DDOS the stream tonight, not only hindered us in achieving our target but also took money away from the orphaned children we are supporting,” Matros writes in a recent Facebook update. “With the target we wanted to reach, we wanted to pay for these kids college fees, lunch money, school uniforms, books and whatever interest they want to pursue. We’re all entitled to hopes, dreams but also a safe and secure environment to grow up in.”

He wrote on Twitter earlier, “I hope you who ddosd charitystream watch the documentary a few times and realize that you just robbed 36 kids of a better future.”

Despite the attacks, Matros is “…not mad at all.” He says, “I know that we will reach the target and I have already set aside funds from my own salary at DICE to pay for any extra targets we don’t reach such as this one.”

In fact, he is even offering those involved a tour of the orphanage, in which the funds earned through the charity stream are going towards, saying, “I will personally drive you around and show you how these kids are living right now.”

He invites those involved “…to hop on the 6:30 American Airlines flight from Miami to Port au Prince on the 28th of June to come with us and see for yourself how we are helping these kids.”

You can catch the full documentary of Daniel Matros’ endeavours below.