Battlefield fans will most likely already know that DICE has moved on from Battlefield V (Battlefield 5), and has given fans one last content drop. While that doesn’t mean the studio won’t be releasing any patches for the game to fix stuff, BFV players shouldn’t expect anything new for the shooter, either.

Well, it seems EA has moved on as well. Over on Twitter and on Facebook, the official Battlefield account for both has taken the Battlefield V-related profile and cover photos out, and with Twitter, the “BattlefieldV” username has been subbed out to just say “Battlefield.” 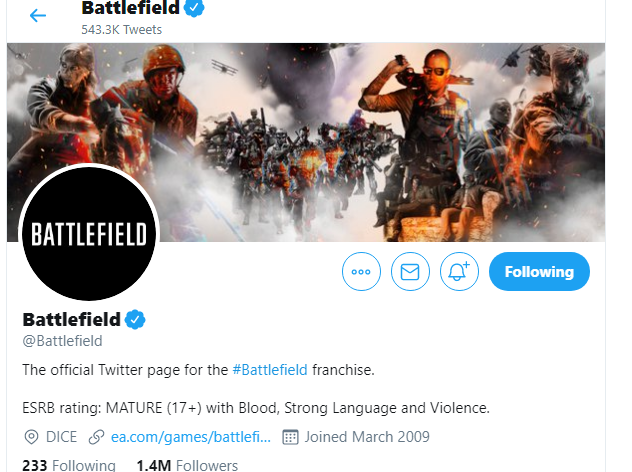 For Battlefield V players, this is a bit jarring to see that EA has removed that game’s branding this fast — and we don’t even know any details regarding the next Battlefield game, even.

It looks like the #SaveBFV movement started by fans hasn’t done anything to postpone the inevitable. Let’s hope the next Battlefield game has longer legs. On the upside, a bunch of legacy Battlefield titles are no available on Steam!