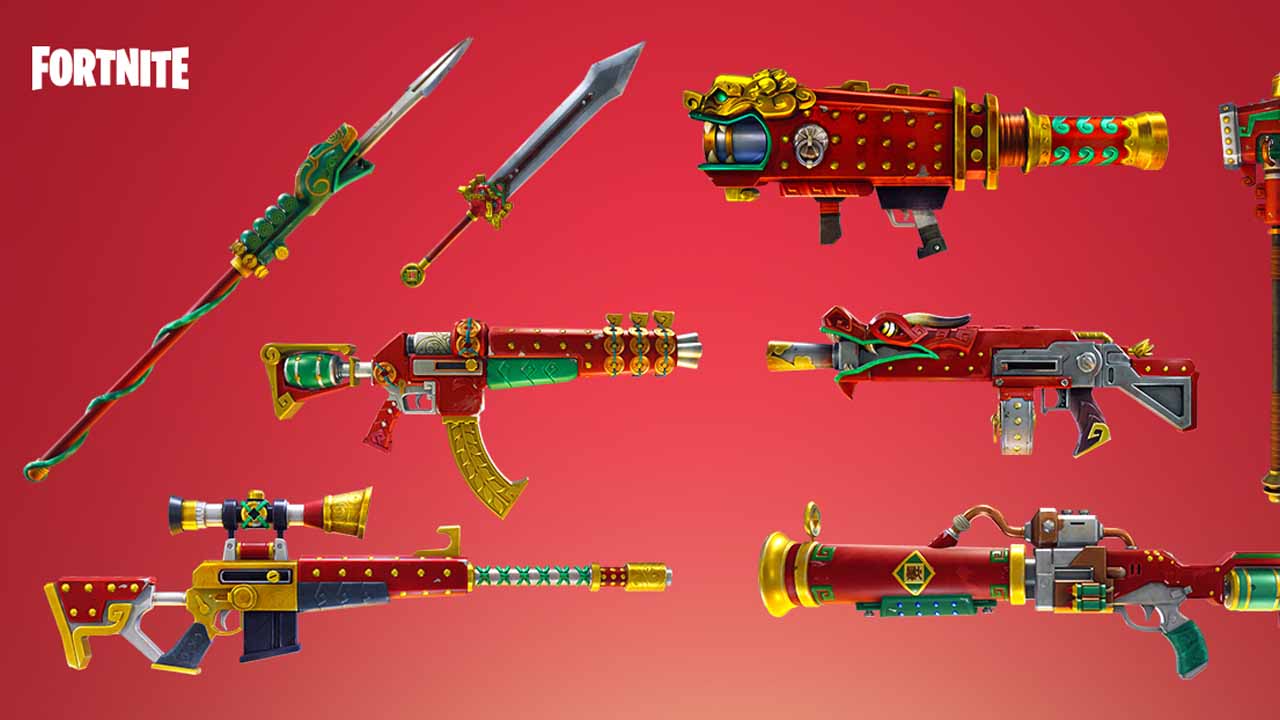 Following the Fortnite 3.2 update, many players expressed their frustration at some of the changes made. The biggest controversy surrounds the Fortnite Dragon Weapons, with the odds of these rare weapons being tweaked.

Epic Games has taken to Reddit with a “post-mortem” of the 3.2 update, to explain the Fortnite Dragon Weapons changes, Critical Chance perks, and stats cap.

In Patch 2.5 we introduced a data error that caused the newly created Dragon Weapons to ignore our normal perk rules. We immediately started hearing from you about weapons that were extremely underpowered, loaded up with nothing but low-rarity “gray” perks. We fixed the error in Patch 3.0, so that all weapons dropped after that point had sets of perks that were valid, but that change alone didn’t help the players who had already earned one of those poor weapons. For patch 3.2 we decided to run a script to detect weapons that were below our normal minimum threshold, or that had multiple gameplay perks that could potentially introduce unexpected bugs. Due to incorrect parameters the script enforced the maximum caps too, dragging down players who had lucked into an extraordinarily good weapon. The nature of our current perk system did not allow for a targeted re-roll at the scale of this issue (i.e. fundamental reroll rules were incorrect), so an overall reroll of the weapon was the only recourse. This lead to a lot of edge cases where weapons received perks that were higher rarity, but that performed worse in practice, due to receiving sub-optimal combinations of perks. In the short term, we’re looking at ways to get you as close to your previous state as possible without causing future issues. We’ll have more information regarding this Monday!

As part of the design work towards the perk reroll system we had to take all of the existing perks in the game and re-implement them, so that instead of using manually entered values they were referring to the global balance tables of the game, and could be more easily scaled and upgraded by the new system. During this process we discovered that the manually entered values on most of the perks were under value, resulting in the majority of our perks underperforming compared to our “baseline” 10%/15%/20% damage perks. This made damage perks optimal for the majority of weapons in the game, but we want to provide for a variety of different perk builds, so that you can find combinations to suit your personal playstyle. This design goes hand-in-hand with our desire to let players change the perks that are slotted into their weapons via perk rerolls. Since we were touching all the data already, and this looked like it would be a buff to perks overall, the call was made to rebalance the perks.

However, players have been honing their collections of weapons towards damage and Critical Chance over months of play, so even though the majority of the weapons in the game got a buff, the reduction to critical chance ended up affecting the weapons that you had invested into the most.

In this specific case, we should have waited until we shipped the perk re-roll system to touch any perks on a large scale, to allow you to adjust for when we make significant balance changes. The change should have also included a grant of evolution materials and XP to refund what players had already invested in the weapons containing Critical Chance. We’ve decided that is a good philosophy going forward. If we ever adjust schematic you have invested into when we make a significant balance change we will grant you back the investment or allow you to make the decision yourself when possible. For those of you who have upgraded schematics with Critical Chance we’re looking into the best way to provide you the invested resources and will have an update for you on Monday.

Since the launch of Save the World early access we have had caps on the amount of FORT stats and the maximum level of your characters and equipment, so that when high-level players play in low-level areas with their friends the experience does not become watered down. Prior to patch 3.2 we had the ability to create one set of stat caps per zone (Stonewood, Plankerton, etc.) which meant that the caps were working at the highest difficulty in each location, but at lower difficulties they were so high that they had no practical effect. We recently retooled our data to allow clamps to be set at every difficulty, so that stat caps would feel consistent across the game.

Although playing downlevel should not be trivial, it is intended to be much easier than playing on level, and we did not want a player going through the normal game progression to notice the caps. As a result our weapons are capped about 10 levels above what we expect the player to be using, and we allow the FORT stats (both personal and shared) to go about 40% above target as well. As players get further into the game they can specialize into their desired FORT stats and push them further and further above the targets, but we believe the current balance of our caps does not offer enough of a buffer to allow this at the higher difficulty parts of the game.

As part of this stat cap change we also widened the experience buckets in the game, so that more of the missions on the map were “green” missions that grant XP. We also increased the amount of XP given by those missions, so that in general you can play downlevel while still making decent progress along your skilltree. Long-term we will make playing with your newer friends more valuable to an experienced player, without introducing exploits that make it into an optimal routine.

For patch 3.3 we’re going to gradually loosen the caps across Canny Valley and Twine Peaks, so that by the end of Twine players should be able fully benefit from the best gear, survivors, and leads in the game. Please keep giving us feedback about your experiences playing the game, at all difficulty levels, and we’ll keep tuning this feature until we get it feeling right.