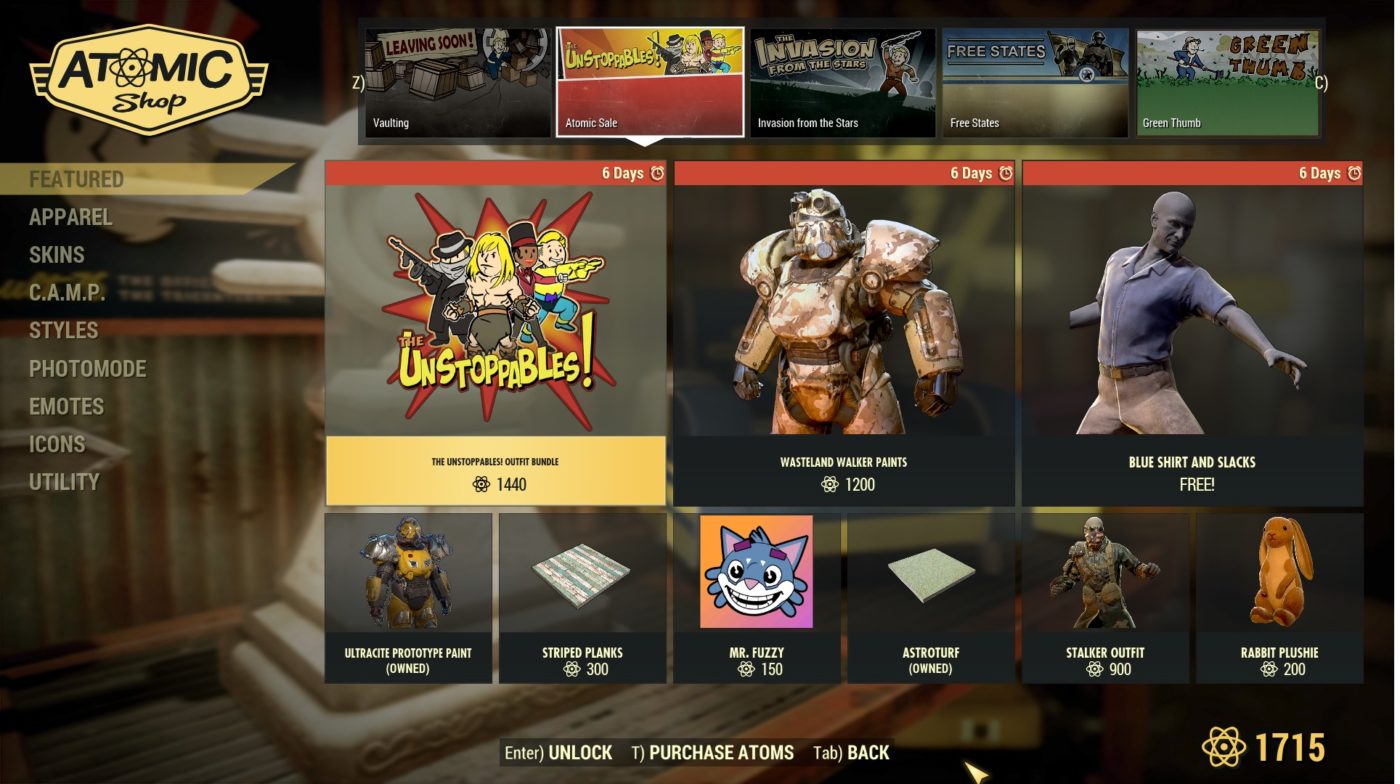 Bethesda may not have said anything official on it yet, but the Fallout 76 Atomic Shop update is live right now. This week we’re seeing a huge sale on items that have been available for a very long time, as well as a big push for a beloved bundle, indicating that it could be the last chance to acquire it. Check out the images and read below them for an in-depth look at what’s going on in the Atomic Shop this week.

In this first screen we can see items such as the Black Sun Glasses and Hunting Caps, all with a big discount applied to them. The discount appears to be around 40 percent for each item, and it looks as though there’s a good reason for the price changes. In the upper section of the store we can see that these items are destined to leave the Atomic Shop soon, possibly never to return. Bethesda is likely removing these items in order to make room for some new ones they’ve got ready. Take note of the time above each item, because it’s the amount of time you have left to acquire them from the Atomic Shop. 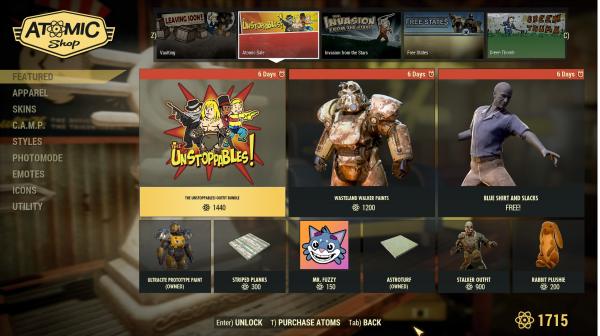 There are two very exciting items in the above image, but we’re saving one for the end of this article. Bethesda Tweeted out earlier today about the Blue Shirt and Slacks outfit that’s now freely available for the next week in the Atomic Shop. They’ve encouraged everyone to get it before it goes, and take some much needed time off after the stress that has been Meat Week. 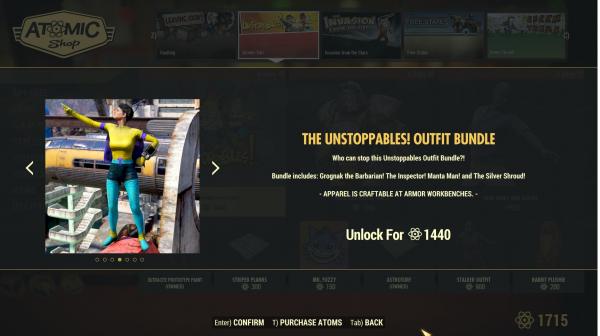 Finally we have The Unstoppables Outfit Bundle. This bundle has already been released in the past through the Atomic Shop, but now it’s back. With this bundle players can craft outfits for the various superheroes of the Fallout universe, including Grognak the Barbarian, The Inspector, Manta Man, and the Silver Shroud. These outfits are coveted among Fallout 76 players, so go and get your hands on them if you don’t already own them.

That’s everything we have on the Atomic Shop update for now. If Bethesda announce any future updates we’ll be sure to let you know about them.