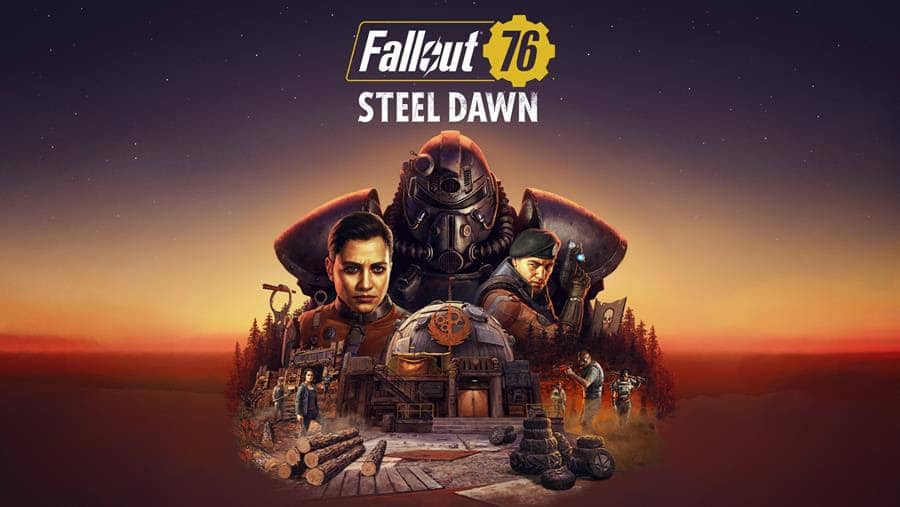 Those itching for new content in the Wasteland, Bethesda has you covered! The company announced the Fallout 76 next update titled “Steel Dawn” which is pegged for a release date on December 1!

This is a free update, and will come with an all-new Brotherhood of Steel questline! As one might expect, there will be new NPCs, new locations, weapons and armor from the Brotherhood arsenal! Checkc out the trailer and community calendar to know what to expect.

In addition to the Steel Dawn expansion, there’s also a community calendar outlining what to expect in the year’s final two months! 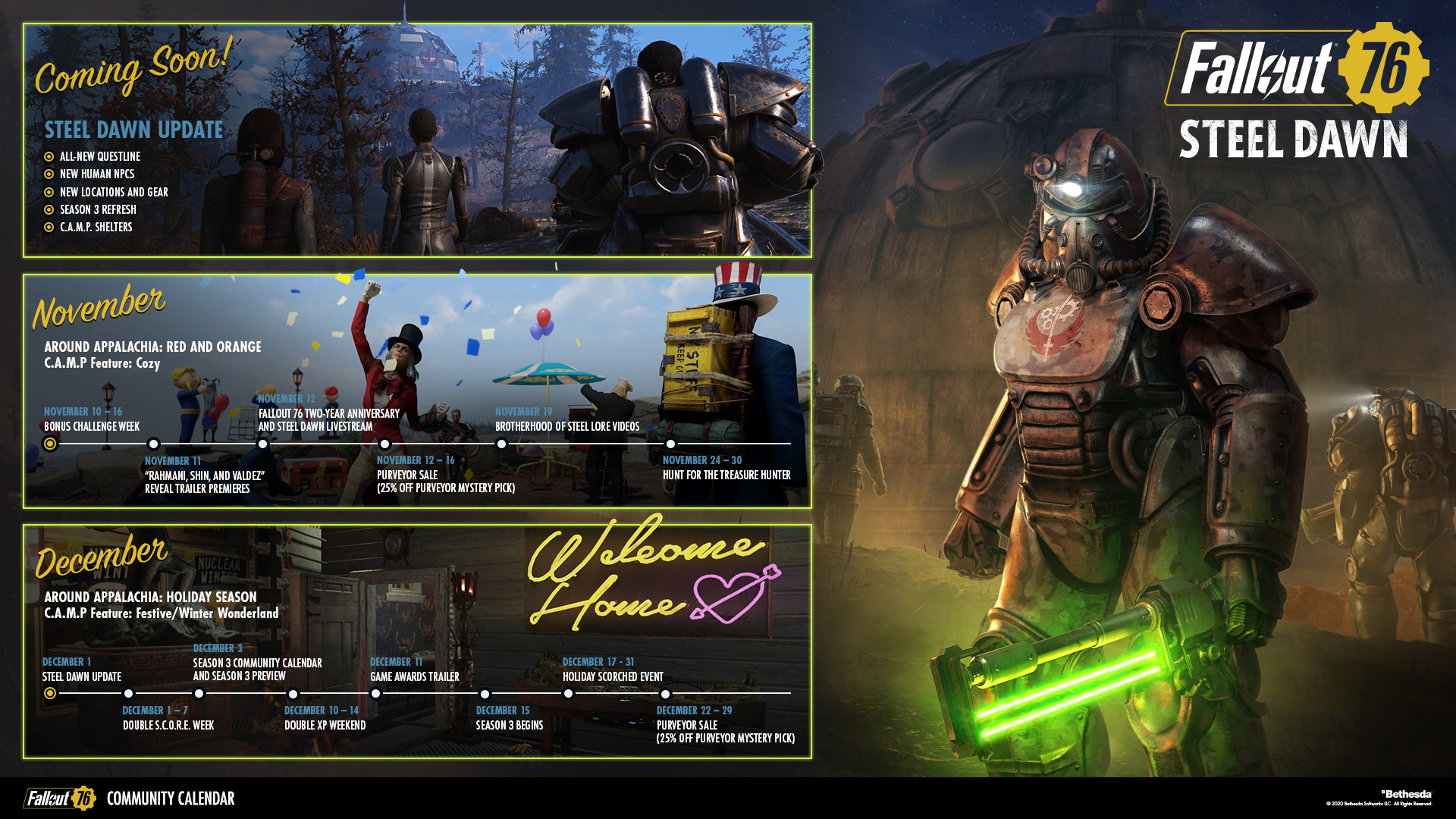 The final months of 2020 are upon us! It has been a transformative year for Fallout 76, from the addition of NPCs and a new main quest in Wastelanders, to the One Wasteland Update, new features, Public Events, and everything in between—but it’s not over yet. We’ve still got plenty of fun planned through the end of December, including new quests and features that are coming with the Steel Dawn Update, several in-game weekend events, and even an all-new Season that’s brimming with rank-up rewards for you to claim. We’ve updated our Community Calendar so that you can stay on top of all these important dates, and more. Check out the full calendar below.