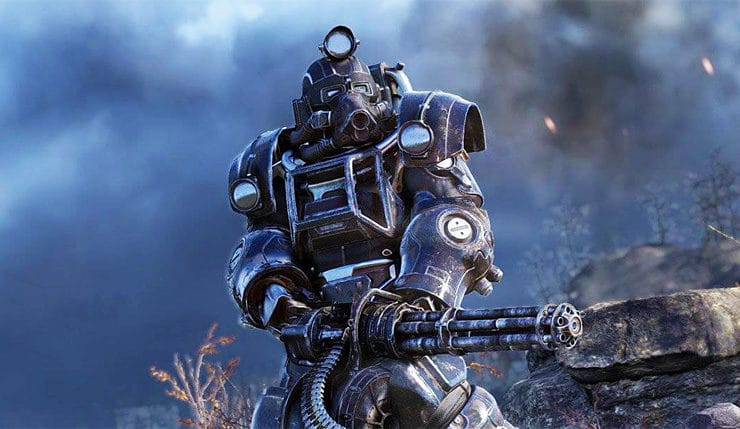 In the latest Inside The Vault article Bethesda has outlined some Fallout 76 upcoming update changes which will hit the game with patch 13. While many bug fixes and patches for smaller issues will form the bulk of the update, there are several key areas that players are keen to see addressed in Fallout 76.

Patch 13 will bring changes to the rewards players earn from Vault 94, the game’s first raid. Firstly, the Drill will no longer show up in the Legendary loot list, a bug that Bethesda has already acknowledged. Patch 13 will increase the amounts of XP, aid items, and components awarded for completing a Mission in the raid. Further details on this will be revealed closer to the time of Patch 13’s launch.

Stability and Disconnect Issues With Servers

Since Patch 12, which introduced Vault 94, more and more players have been having issues with server stability, or simple disconnects, in Fallout 76. Vault 94 in particular is seeing a lot of issues surrounding players disconnecting and ruining raid runs, or lag being so bad that the raid fails. Stability in servers is one of Bethesda’s top priorities, so they say, and they’re working hard to ensure these fixes, or improvements, come before anything else.

There’s currently a terrible bug in Fallout 76 which causes players to become stuck in their Power Armor once they’ve put it on. Getting stuck in Power Armor has been a particular issue for players in Vault 94 raids, since no amount of communication will help if the game decides to cause Power Armor to freeze and contain the player inside. No fix is ready for these complex issues yet, but Bethesda assures us they’ll let us know as soon as they have something in the works. For now, if you get into some Power Armor you’re basically stuck there.

Players have been complaining that non-ballistic weapons should see some sort of armor penetration against Power Armor, which they currently don’t. With Patch 13 they will see that penetration though. For example, any Energy Weapons with the Anti-Armor legendary attribute will bypass Energy Resistance post-Patch 13.

The descriptions of Mods on Scout Armor are being altered so that they better describe the piece of armor they correspond with. With Patch 13 another issue, which prevents Mods from being applied to Scout Armor, will be fixed.

Bethesda has confirmed that Possum Scout Badges are no longer awarded for completing the Campfire Tales event, or the quests ‘Stings and Things’ and ‘Operation Tidy Daily’. This is being fixed in Patch 13, and the badge will be awarded once again.

An undefined issue with wires in Fallout 76’s building system, CAMP, has apparently had players jumping in order to connect wires properly. This is going to be fixed in Patch 13 with a new feature to the CAMP system, though Bethesda hasn’t explained what that is.

There are two fixes for crops so far in Patch 13. First, an issue that prevents them from being placed correctly in certain circumstances, and second, an issue that caused crops to float when placed on some uneven terrain.

Bethesda said that next week they will be revealing some quality of life improvements surrounding Public Events. Stay tuned to MP1ST to see the information, and our thoughts on it, as soon as it’s live.

Those are all of the update changes that Bethesda has shared this week. In addition to all of these, there is a sale currently live with the Purveyor. From today until September 3, 2019 all items will be 20% off their previous prices, so go and get those elusive items that you need with your Legendary Scrips.