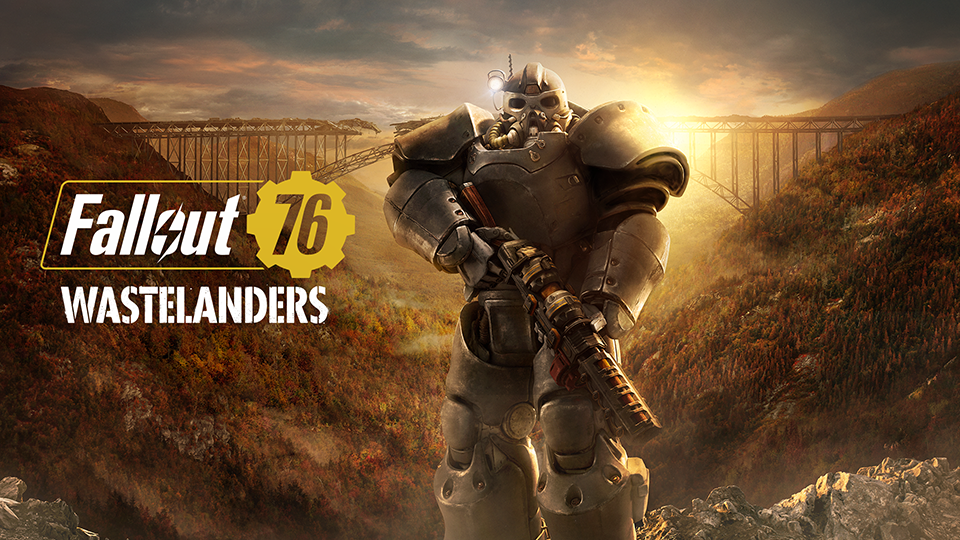 As mentioned before by Bethesda, the big Wastelanders update is out now for Fallout 76! Console gamers will see this as Fallout 76 update 1.36. As one might expect, this is a big download clocking in at 59.9GB on PS4. Check out the Fallou 76 update 1.34 patch changes and new stuff below.

Aside from the changes, we’ve also included what time the servers will go back up:

This update is significant, and it will require a full download of the game client. Download size for consoles will be around 70 GB. For PC, download size will be approximately 54 GB through the Bethesda.net launcher, and around 68 GB via Steam.

Calling all PC players! Fallout 76, including the Wastelanders update, is now available for play on Steam in addition to the Bethesda.net launcher.

It’s been a year since the door to Vault 76 rolled open on Reclamation Day. A lot has changed in Appalachia since you and other Vault Dwellers began rebuilding. There are many new people to meet and things to discover as you continue your adventures.

Here is an overview of the major additions Wastelanders brings to you:

A whole host of new people have arrived in Appalachia, seeking their fortunes or just a safe place to live. These NPCs can be found all over the place. Some of them you can talk to and have interactive conversations.

Click here to read our article to learn more about dialogue and conversations in Wastelanders.

The arrival of new people in Appalachia means there are many new adventures to be had. Wastelanders brings an entirely new story to Fallout 76 that you can uncover and explore as you complete new main quests.

The Raiders are in part survivors that fled Appalachia, who have now returned to reclaim land they believe is rightfully theirs. They’ve built a base of operations, called Crater, at the Crashed Space Station.

The Settlers are a collection of survivors gathered by some construction workers from the Washington D.C. area. When they heard there was land, they caravanned to Appalachia and repurposed existing structures at Spruce Knob to construct Foundation.

Read our article about Wastelanders Factions to learn more about the Settlers and the Raiders.

Wastelanders features some new exciting weapons, armors, and other items. You can unlock these items via the new Gold Bullion system.

Another exciting addition to Wastelanders, Allies are NPCs you will encounter in the world who can move into your C.A.M.P., help protect it, and keep you company.

Catch additional details about the new Wastelanders Events in this article.

CULT OF THE MOTHMAN

Quests have received significant user interface improvements in today’s update. Here is a summary of the adjustments we’ve made:

The Wastelanders update brings close to 1,000 fixes for bugs that were previously affecting the base game, including many that were reported to us by the Fallout 76 community. Since that list is so lengthy, we’ve highlighted a selection of fixes that we thought you might want to know about or may find interesting as you prepare to head back into Appalachia.

Don’t forget, Bethesda has mentioned that they plan to release a new Fallout 76 roadmap once Wastelanders is out, so look forward to that too.