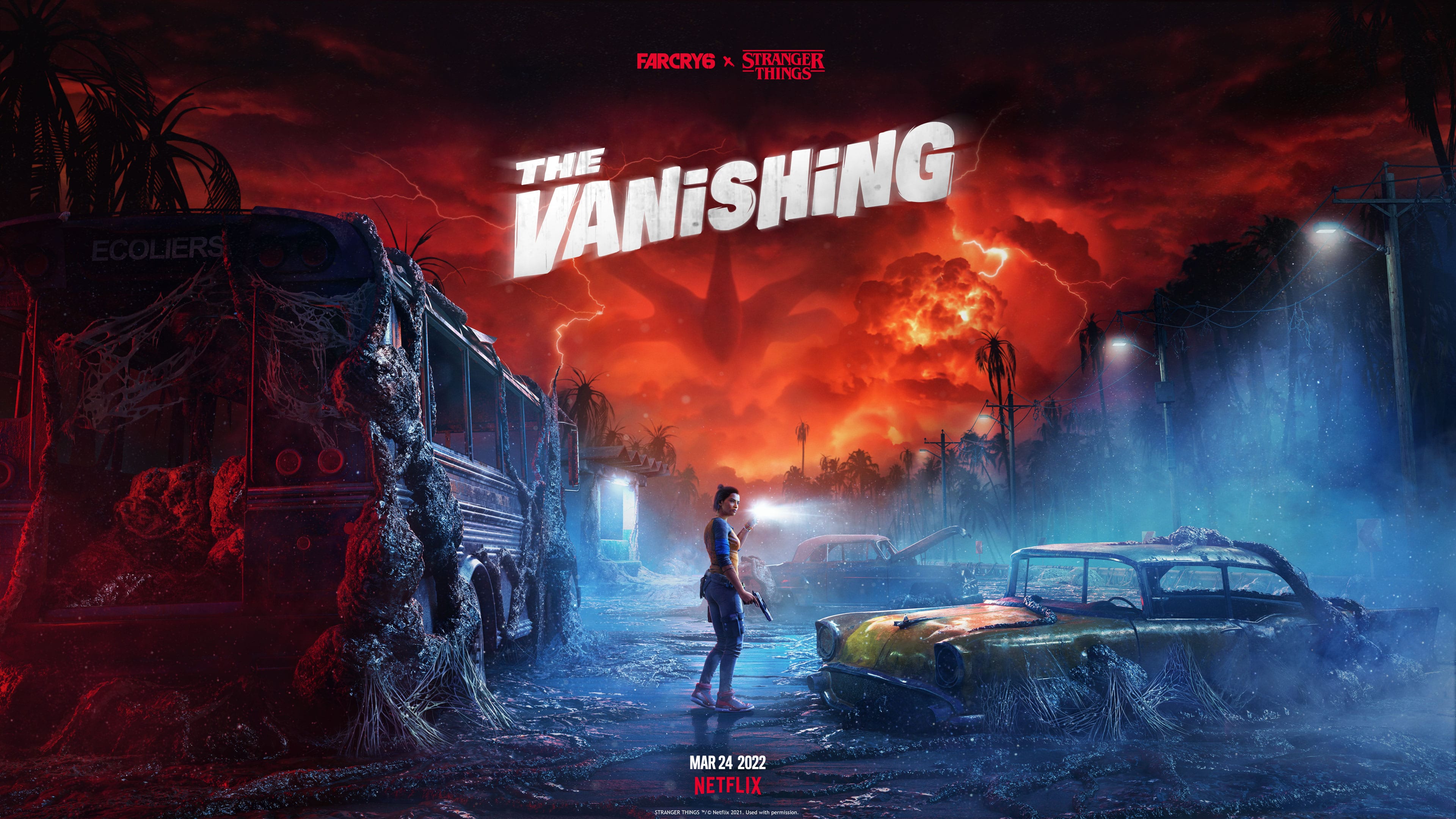 In addition to celebrating its free weekend, Ubisoft has announced that the Far Cry 6 Stranger Things crossover mission called “The Vanishing” is now live, also for free, for all players! Available until March 27, find out the details on this new crossover mission below.

Check out the rundown on the crossover mission between Far Cry 6 and Stranger Things:

In The Vanishing, players will enter a twisted version of Yara, inspired by the Upside-Down. Dani discovers that Yarans are disappearing and no one is safe – not even Chorizo. Players will be able to explore recreations of iconic locations inspired by the “Stranger Things” series, including a hidden bunker and an abandoned laboratory. With an arsenal of weapons including a flamethrower and shotgun, Dani’s main mission is to search for Chorizo and find out what happened to the abducted Yarans.

As part of the game’s free weekend, you can play and keep your progress should you decide to purchase the game once it’s no longer free. Here’s some more discounts for the game across all platforms:

The Free Weekend is available on Xbox Series X|S, Xbox One, PlayStation®5, PlayStation®4, Stadia, as well as Windows PC through the Epic Games Store and the Ubisoft Store. Players can also subscribe to Ubisoft+* on PC, Stadia and Amazon Luna. Players who want to continue exploring the island of Yara in Far Cry 6 will keep their game progression and enjoy discounts on the game and Season Pass:

The Far Cry 6 Free Weekend is available starting today at 11 A.M. PT  (2:00 P.M. ET) until March 27 giving players access to the whole game, including the “Stranger Things” crossover mission, The Vanishing, and all free downloadable content published to date, all playable together in co-op.

Check out the latest patch notes for Far Cry 6 here, which was released for the game’s latest title update.

Aliens Fireteam Elite Update 1.20 Slithers Out This March 24 for a Short List of Fixes