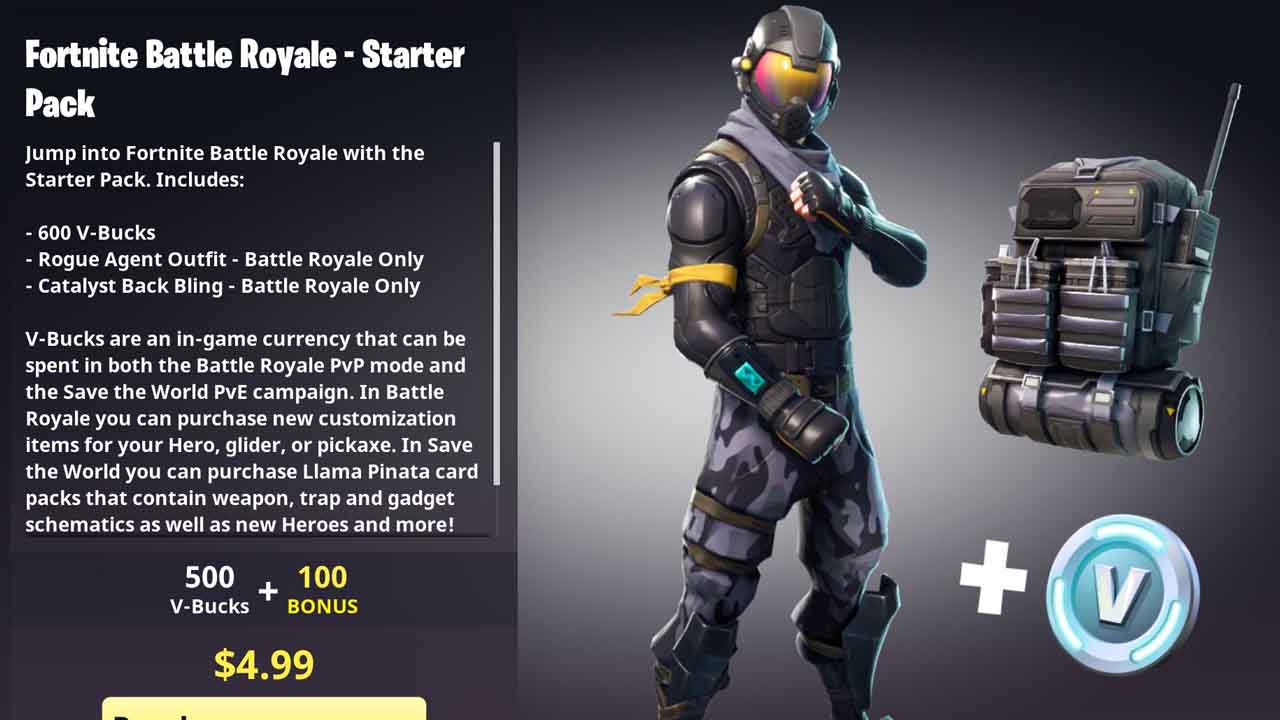 Some players have discovered a Fortnite Starter Pack popping up in the in-game store. For $4.99, players can get a bundle which includes: 600 V-Bucks, an outfit, and Back Bling.

Reddit users xkxneki and dat_bandit both provided screenshots of the Fortnite Starter Pack. However, they also reported that it disappeared from the store when the game was rebooted, and trying to purchase it wouldn’t work.

It’s unclear when Epic Games will make the Fortnite Starter Pack available to all players. Its recent appearance in some users’ stores is likely a glitch.

If the Fortnite Starter Pack does officially launch, here’s what you can expect to find bundled within:

Would you be interested in buying the Fortnite Starter Pack? Does it seem like a good deal? Let us know.

Rumor: The Witcher’s Geralt to Be a Playable Character in Soulcalibur IV