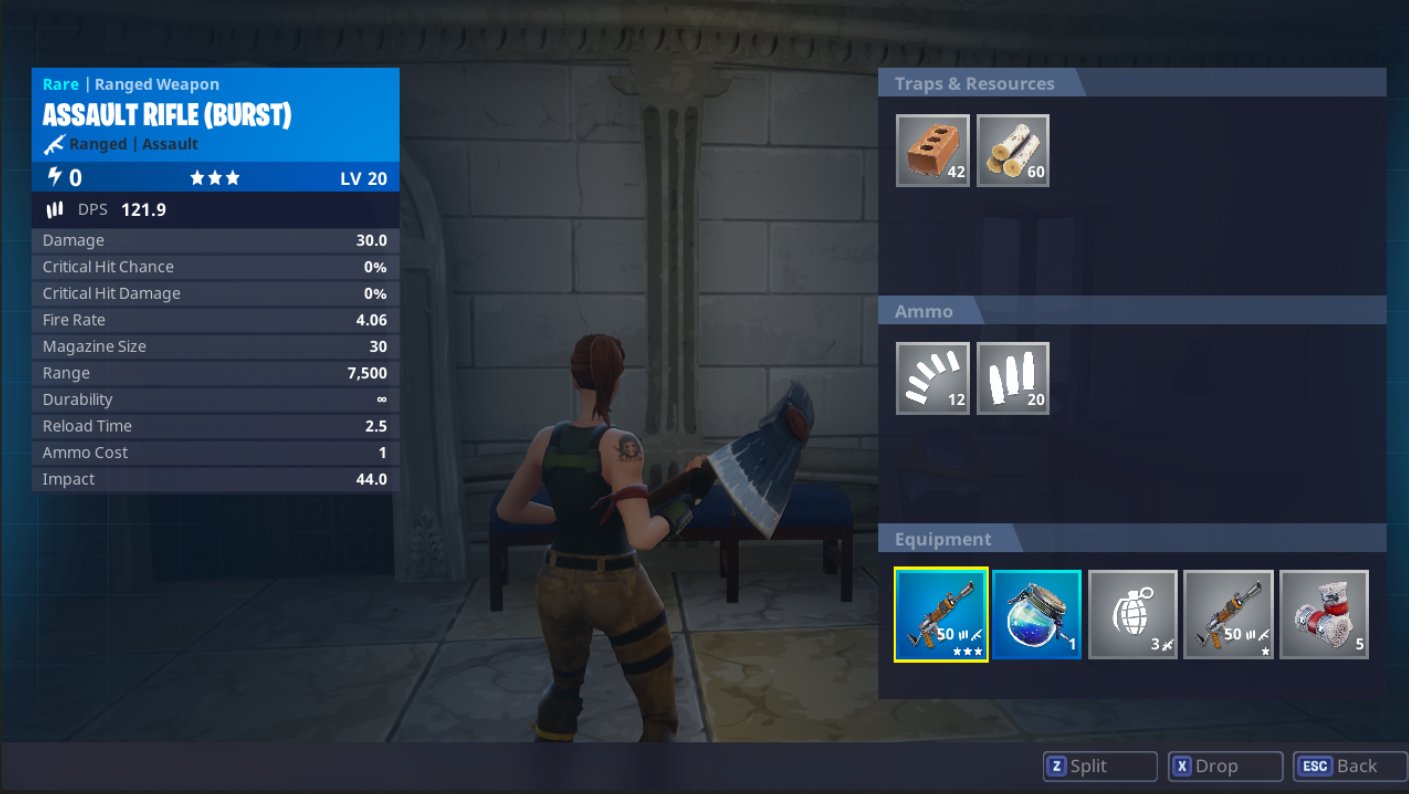 Epic Games is once again ready to deploy a new Fortnite patch soon, and same as before, it’s letting  the community know what the Fortnite upcoming changes are before they happen.

One of the big additions is the new inventory UI for Battle Royale, which you can see above. There’s also four free and exclusive heroes to celebrate the launch of the Xbox One X.

Check out the complete list of gameplay tweaks below.

The notes below are already live, and should have been included in previous notes. They are listed below to confirm any undocumented changes. Shoutout to the r/FORTnITE for catching these!

We’ve been exploring how to reduce the size of patches for Xbox. We found a solution, but that means this particular update is larger than usual. (It’s about ~10 GB.)

We are aware of an issue that occurs to some players where downloads are extended in duration and users may believe that a “hang” has occurred.  Our investigation tells us that the download is NOT hanging, but the process is taking longer than it should to complete.  In the meantime, please continue to let the download and install process complete naturally.  We are partnering with SIE to address this issue as quickly as possible.

Once the patch is out, we’ll be sure to let players know. In other Fortnite news, the cheaters taken to court by Epic has now been settled! Read more about it here.