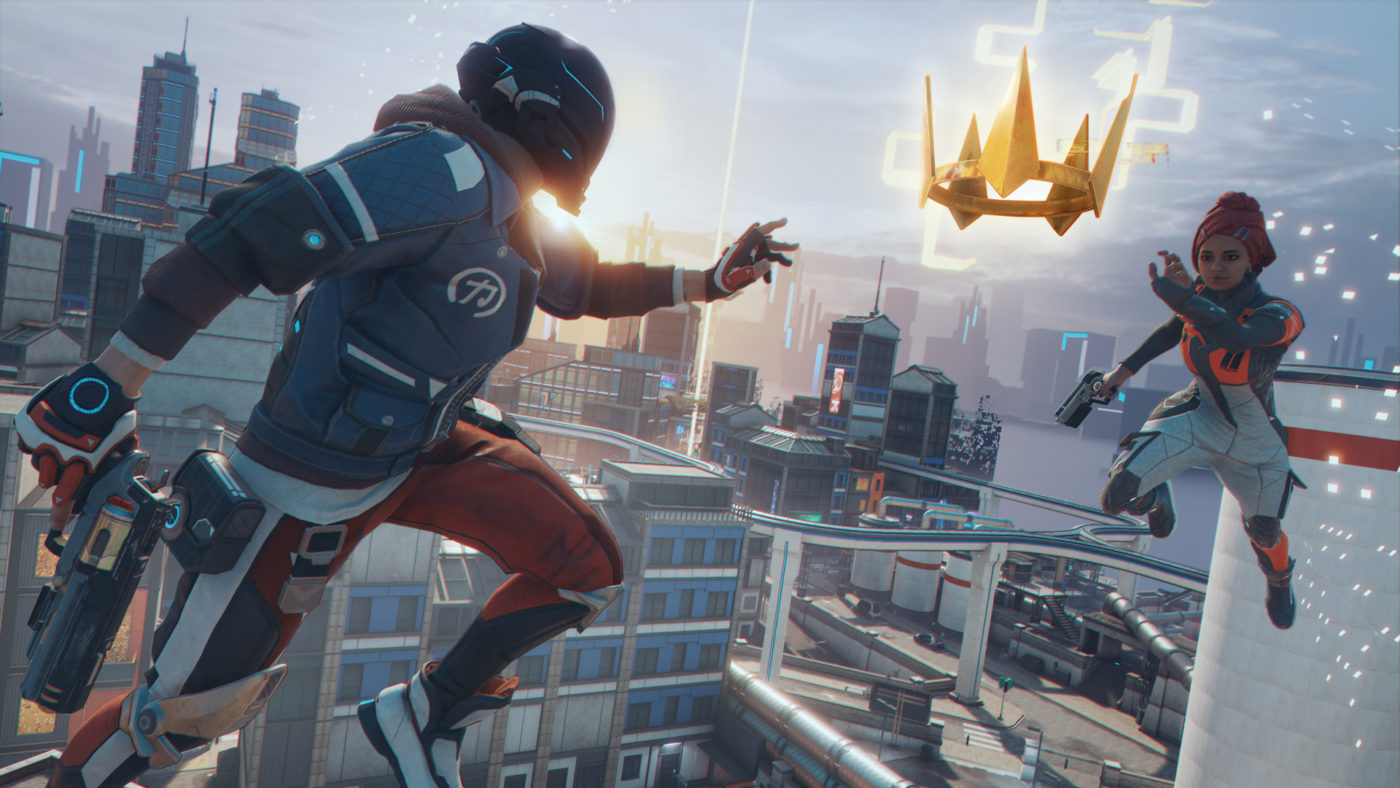 For those who want more battle royale in their life, Ubisoft has released Hyper Scape on consoles today! This also marks the game’s first season called “The First Principle.” Check out the Hyper Scape Season 1 Battle Pass trailer and Season 1 overview below.

Hyper Scape’s first season introduces a brand new mid-range weapon, the Dragonfly, as well as a new hack, Magnet, which can be used to trap unsuspecting contenders. Season One will include a total of 11 guns and 11 hacks. In addition to Solo and Squad Crown Rush, additional limited time game modes are also planned throughout Season One.

NEW FEATURES FOR THE CROWNCAST EXTENSION ON TWITCH

Hyper Scape’s first season will introduce a new feature to the innovative Hyper Scape Crowncast Twitch extension: Kudos, a tool that allows viewers to support their streamers and react to the most exciting moments by producing in-game visual effects within a particular streamer’s match – Kudos can be purchased with Twitch’s Bits.

Our own Avery Feyrer talked about Hyper Scape and whether it’s oversaturating the battle royale genre, which you can read about here.