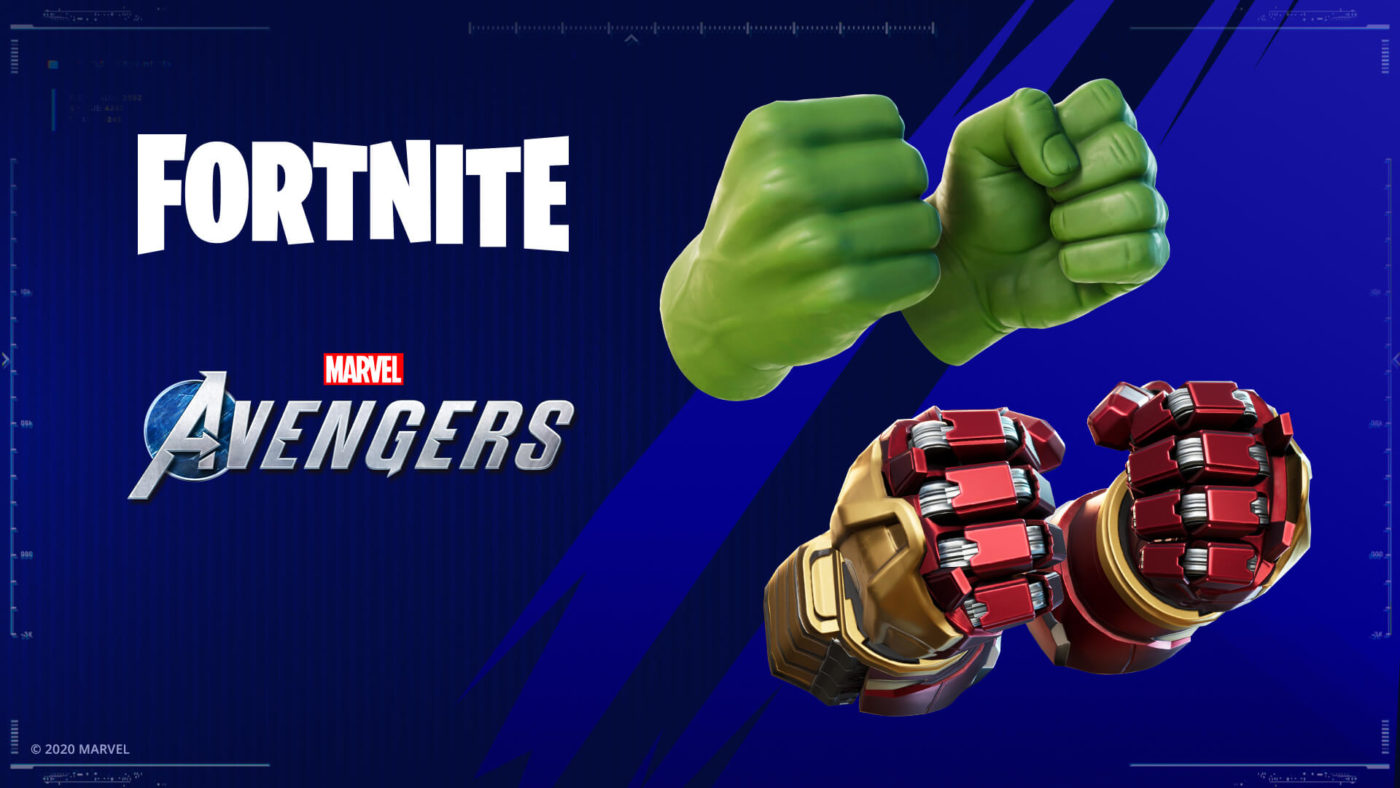 Announed during today’s Marvel’s Avengers War Table stream (and via a press release), Crystal Dynamics announced that a crossover (of sorts) is happening with Epic Games’ Fortnite, an the Marvel’s Avengers beta!

According to the press release, PS4 and Xbox One players who link their Square Enix Members and Epic Games accounts and complete the beta’s three HARM-room challenges (training sims) will earn the Hulk Smashers Pickaxe with bonus Hulkbuster style in Fortnite!

Those playing Fortnite that are interested, here’s the full Marvel’s Avengers beta schedule:

If you can’t or don’t want to play it, don’t fret! Epic has announced that these bad boys will be available for purchase at the Item Shop at a later date.

For more on Marvel’s Avengers, make sure to watch the 10-minute beta gameplay walkthrough to see what we’re getting this August! Hawkyeye has also been announced as the first post-launch hero being released for free.