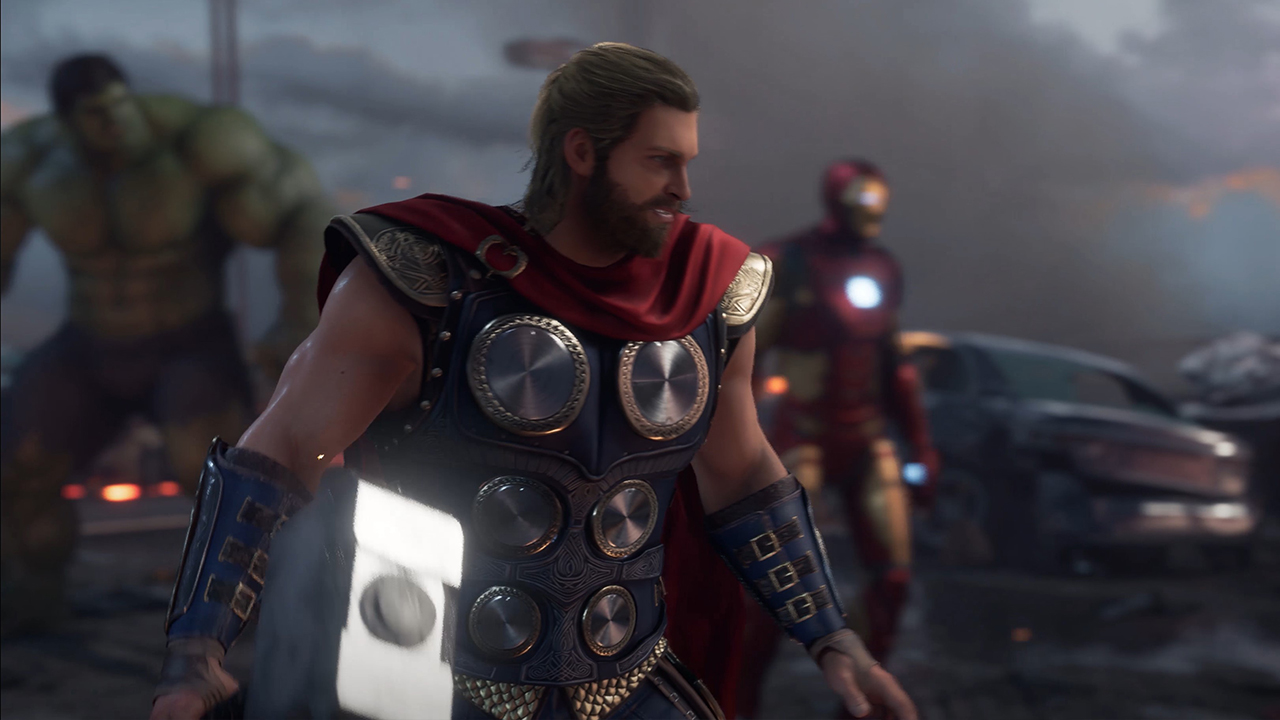 The latest trailer for Marvel’s Avengers is out and judging by the “old” footage shown off in it, it would seem like Crystal Dynamics has heard some of the fan’s feedback and have once again done some Avengers game characters redesign/changes.

When Crystal Dynamic’s Marvel’s Avengers game was first fully revealed at E3 2019, many were quick to criticize the game’s visual, especially with how some of the character models looked. This was mostly directed towards Black Widow’s “Manly” look, which as we saw last year has actually gone through slight improvements. It now appears that after closer examination of the latest pre-order trailer, Thor now has a new hairstyle along with some general improvements to other areas in the game. Take a look down below at the collection of images we created to show these differences.

Quick note: The changes down below may have in fact been added last October, but due to the limited footage the studio had released we only got a small look at the new revised Thor and could not provide a side-by-side comparison. The latest Pre-order trailer shows the exact same scenes that were present in the original 2019 reveal trailer.

As you can see his hair is now styled and also appears to be softer. One could say that the 2019 version bears a resemblance to Thor’s first introduction in the MCU (Marvel Cinematic Universe) and his 2020 version goes for the style he had in Avenger 2: Age of Ultron and at the start of Thor Ragnorok.

We included this one as it’s the actual in-game model versus a similar scene from the 2019 trailer.

Next is The Hulk.

General lighting has been changed, though that may be explained by the less dense smoke that is now present in this scene. Besides that, there are some minor differences between the 2019 and 2020 build of The Hulk. Like Thor, his hair has been adjusted slightly to give it more details. The “big” difference comes in the Hulk’s chest hair which is now gone in the newer build.

This 2020 build added a focus blur, a very minor change there. The environment, however, is a bit different as the car in the background has more details as does the street. There’s even a very visible puddle (Puddlegate!) of water near Iron Man.

No major changes when you see it as a still image outside of the different lighting. Particle effects do appear to be downgraded a bit when you see it side-by-side in motion, mostly seen in the effect under the carrier. A bit of color was added to the carrier.

An interesting one as the 2019 build featured some very tall hills or mountain ranges in the background. The 2020 build gets rid of these and trades it for taller trees and more man-made structures.

That’s all the changes that we could spot in the trailer, though we are sure there are more smaller ones in there. Sadly we couldn’t get a better look at Black Widows character or Captain American, and for the most Iron Man appears to hold the same visual appearance. Overall we do feel that there have been some improvements (debatable) made, and in the least, it shows that Crystal Dynamics is still hard at work at polishing.  It’ll be even more interesting to see what the team does with the additional months they have received due to Marvel’s Avengers delay. It was originally going to launch this May but has since been pushed back for a September release.

What do you guys think of Thor’s new hair? Did you prefer the old one more or the new one?