Just yesterday, a new Call of Duty: Modern Warfare patch was released by Infinity Ward that not only brought a Season 1 refresh in the form of new maps and a new game mode, but it also brought in a few gameplay fixes as well. Unfortunately, it seems Infinity Ward has also stealth nerfed the Modern Warfare Skeleton Stock attachment!

First spotted by Reddit user ragnarokfps, the Skeleton Stock attachment which is available on a few guns, provided an overall movement speed pre-patch, which has since been taken out! 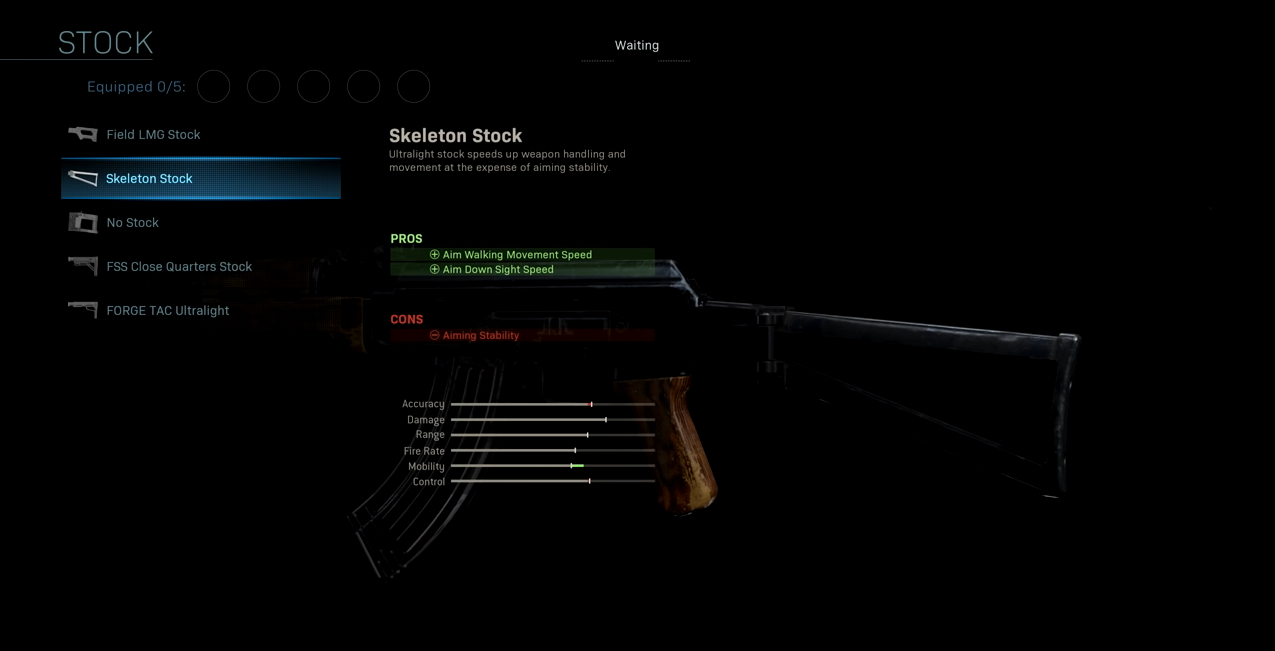 As you can see, it’s clearly been taken out, and there’s no mention of it in the patch notes. The Skeleton Stock attachment is available on the AK-47, M13 assault rifles, and the Bizon SMG. If you’re curious how this has affected the guns stats-wise, YouTuber XclusiveAce tested the stealth nerfed that has happened and here are his findings: 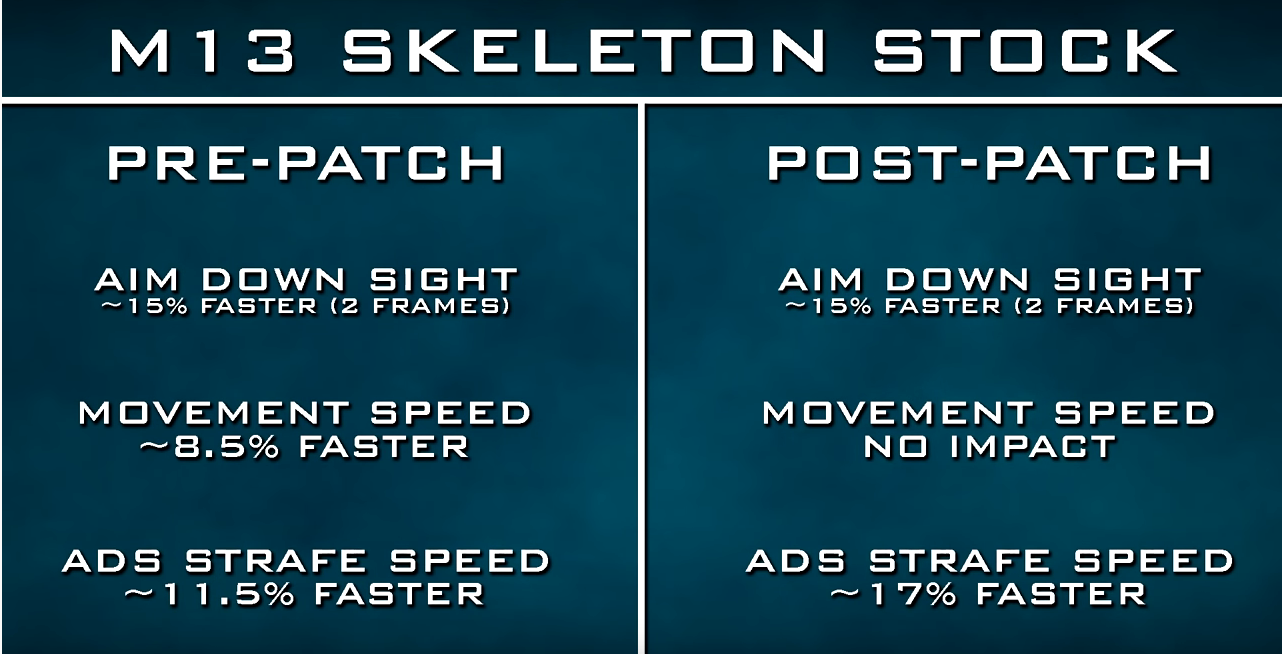 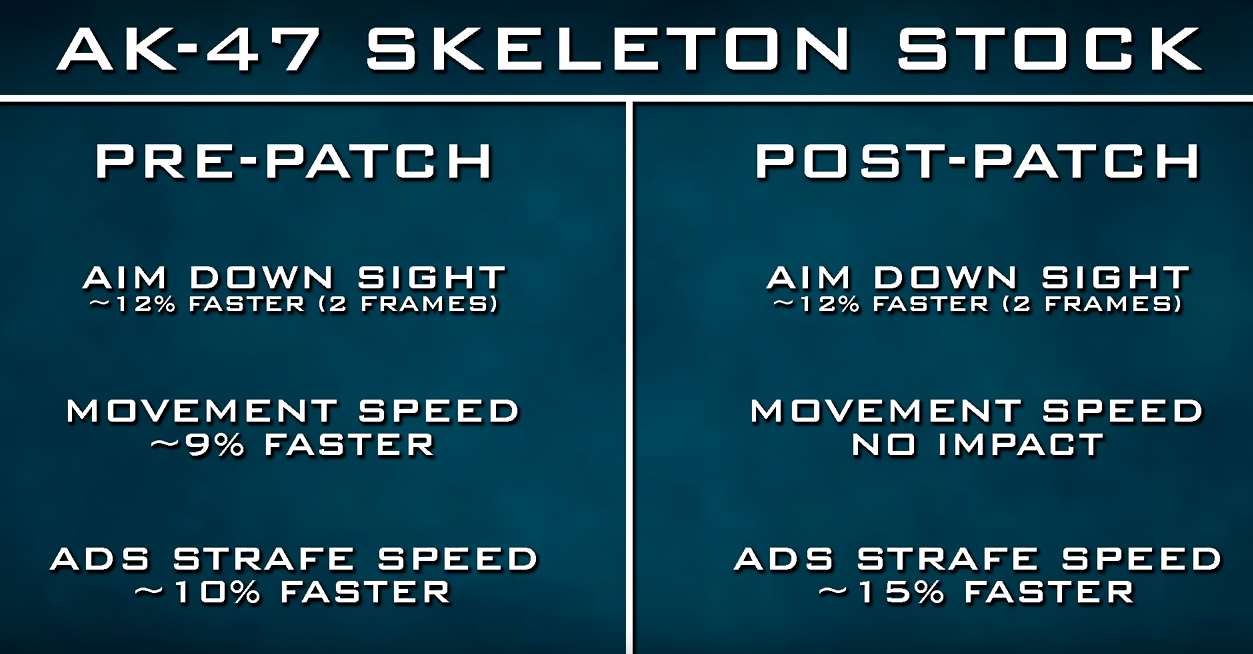 The in-game attachement pros and cons screen wasn’t bugged; the movement buff for using the Skeleton Stock attachment really was taken out! That said, there is a slight five percent bump for the ADS (aim down sight) speed, which was also undocumented too.

Important to note, this isn’t the first time Infinity Ward stealth nerfed guns or made hidden changes in Modern Warfare. When the first Season 1 patch dropped, there was a long list of stealth changes made to the game that affected weapons and more.

Personally, I’m not a fan of stealth nerfs and buffs, as it creates an unneeded discussion from the community of which other guns got the same treatment and such, which could be avoided just by simply putting it as part of the patch notes. I mean, given how gamers are these days, they will find out sooner or later, and it’s best to be honest with your community, right? Especially if they help you rake in over $1 billion in sales.