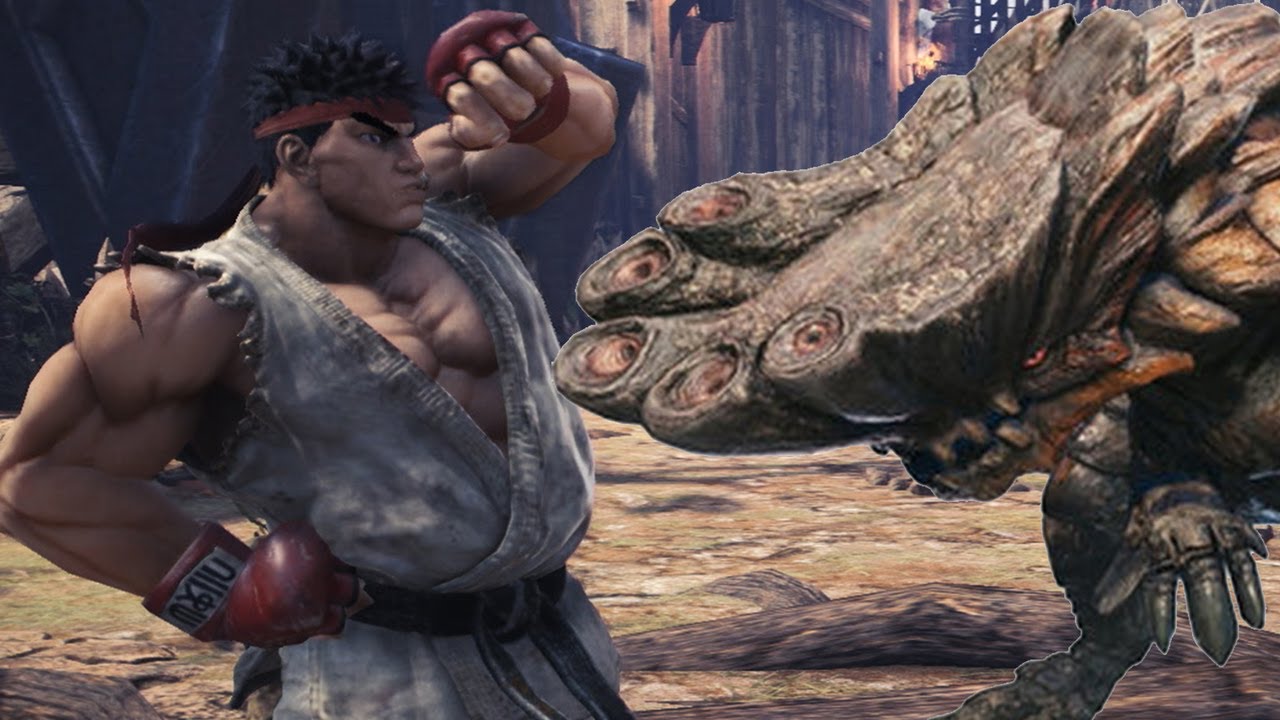 Monster Hunter World Ryu Armor Skin: Here’s How to Get It & What It Does

As part of Capcom’s cross-game promotion with Monster Hunter World and Street Fighter V, players will now be able to pick up the Ryu “armor” to show off the street fighting badass in the action game.

The Monster Hunter World Ryu armor is indeed live, though there’s a tiny condition that needs to be met before anyone can snatch it up. If you’ve played SFV before, and have data stored for it, you’ll be able to farm for the armor pieces now. However, for those who don’t, you’ll have to wait until next week, though there is a workaround for it.

Ryu joins the hunt in Monster Hunter: World! If you have save data for Street Fighter V, complete the quest “Down the Dark, Muddy Path” to unlock the gear. pic.twitter.com/3FRin0w0gH

What mission do I need to do in order to get the Monster Hunter World Ryu armor?

Players will need to go the “Gathering Hub” area of Astera, and once there, snatch up the “Down the Dark, Muddy Path” mission to unlock armor pieces to be able to craft the gear.

For those who don’t have any save data for SFV, here’s a workaround: search for missions (filter it by matchmaking for arena quests), and once you get in a match (presumably with someone who has the SFV data), you’ll be able to farm like normal.

Do I need to farm for the Ryu armor to complete it? How does it work?

Now, as for the actual farming part, players will go up against a giant Barroth, and will need to do so in preset loadouts. The only weapons you can use are: greatsword, hammer, dual blades, heavy bowgun, and gunlance.

Completing the quest will net you an SFV ticket, though it depends on your time. Hitting bronze will get you a (1) ticket, silver nets you two, while gold gets you three. Once you get all the tickets required, head on over to the smitty and craft it.

What does it do and how do I throw hadokens?

Once equipped, players will see their character look like SFV’s Ryu and even sound like him! Note that the armor can be equipped by both male and female hunters, so gender shouldn’t be an issue.

The armor itself will grant players with an attack bonus (lvl. 1), health boost (lvl. 1), defense boost (lvl. 1), and latent power (lvl. 2). The armor set is upgradable, though don’t expect it to replace your end-game kit anytime soon.

Now if you want to throw hadokens and shoryukens, you’ll need to cough up real-world money for it via the PlayStation Store. The moves do damage, though not much, but it is indeed awesome to see Ryu doing his Street Fighter moves in the game. You can bet we’ll see people running Ryu-only moves and take down Elder Dragons and whatnot.

Well, there you have it! If you want to see the skin in action, or want a more detailed description of the Ryu armor, check out the video below.

This isn’t the only crossover Monster Hunter World will be getting. Capcom has already announced the Mega Man one, and the second Horizon Zero Dawn-themed one will be dropping later this month as well.

You can check out more Monster Hunter World tips and info posts from us here.