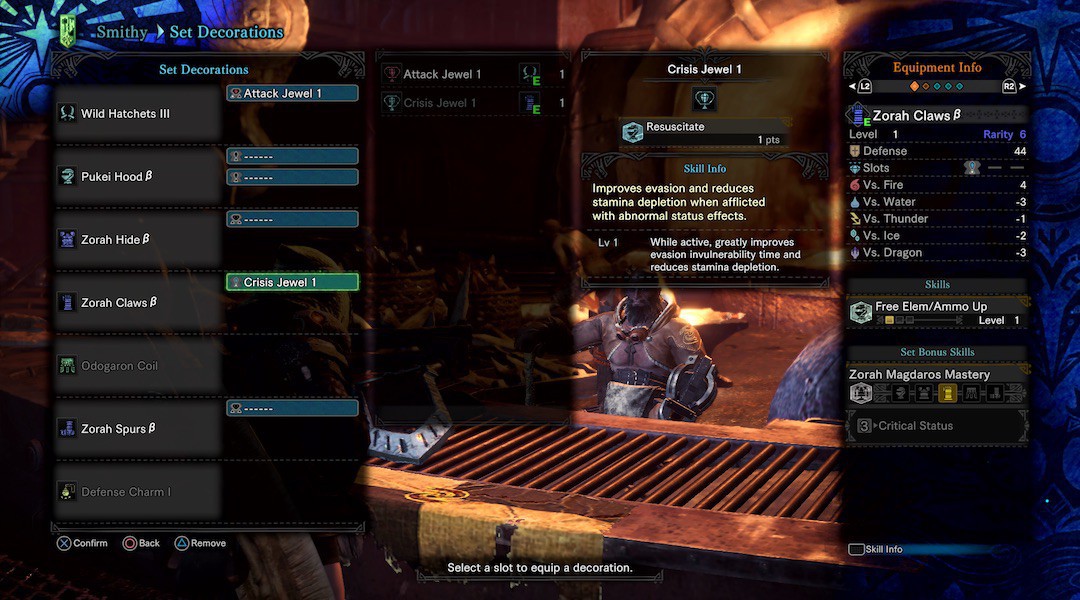 Monster Hunter World jewels will make or break your build for end-game!

If you’re hovering near Monster Hunter World’s end-game, or even at that point, you’ve no doubt encountered the Monster Hunter World jewels — or “decorations” — as the game likes to call ’em. If you’re unfamiliar with it or do not know how to “farm” them, and properly use, MP1st has you covered.

In Monster Hunter World, Decorations are gems that give added abilities and buffs existing ones, and can be placed in High Rank armor and weapons. These abilities range from having specific damage to an element, added critical hit bonus, +attack damage and more.

Decorations will be one of the main components of your final end-game build, since not only will you be aiming to get tier 3 ones, but they can make or break your character as well. Even the armor you choose in High Rank will be determined (somewhat) by how many slots it has for Decorations and for what tiers.

Not familiar with tiers? Decorations have three tiers (1, 2, 3), and the higher the tier, the better buff it gives. Armor and weapon sockets have tiers tied to them as well, so tier 3 sockets can have tiers 1-3 Decorations slotted into them, while tier 1 sockets can only accommodate tier 1 gems.

Where to obtain and farm these?

Decorations are dropped by almost every HR mission fight, and even for some optional and investigations. You’ll see them at the end of match recap rewards recap screen, and once you appraise them, you’ll see what rarity it is, and what abilities it can buff or offer. Note that do NOT sell your Decorations even if it’s being offered to you in the game’s in-game menu. You will need all your Decorations (yes, even the crappy ones), down the line, which we’ll get to in a bit.

Note that do not meld decorations. You won’t need to, since the items on the list are Decorations you’ll easily obtain just by completing missions and earning feystones (Decorations that haven’t been appraised). You will need all your Decorations once you’ve killed the final boss and have seen the credits roll.

As of today, there’s a mission under “Events” called “Triple Threat Throwdown” where you’ll need to fight a Great Girros, Great Jagras and a Dodogama in one arena. It’s much easier than it sounds, and you have the arena armaments to help you out. Completing these 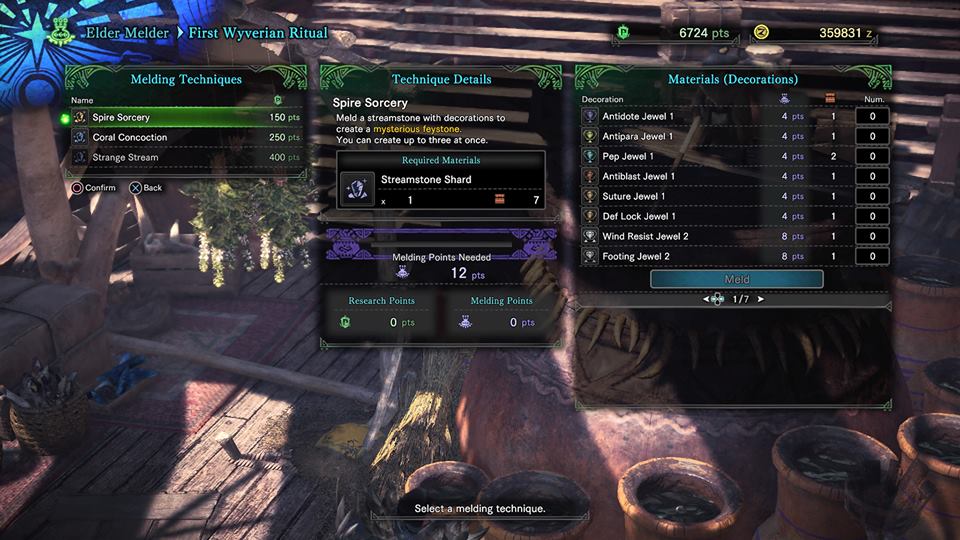 How to get the good stuff?

You’ll notice that you’re still getting the usual tier 1 Decorations while you’re progressing from HR15 all the way until you reach HR40+. It’s infuriating but the light at the end of the tunnel is near. Once you’ve beaten the mission “Beyond the Blasting Scales,” where you’re tasked to defeat two tempered Bazelgeuse, you’ll then have access to finding tempered footprints scattered throughout the Ancient Forest, Wildspire Waste, etc. These footprints are blue, and once you’ve collected enough, you’ll be able to look for tempered enemies, which will always (or almost always) drop Decorations once you’ve defeated them.

Kill enough tempered monsters (and reach HR49) and you’ll then again access to the mission “Thunderous Rumble in the Highlands” where you’re ordered to slay a tempered Kirin! This is easier said than done, but once you’ve crossed the HR50 threshold, you’ll then gain access to the good and awesome Decorations. Beating monsters won’t guarantee you’ll get the good stuff, but you’ll see the heavy-hitters drop here and there, rather than not at all (if you haven’t hit HR50).

Once you’ve beaten the final boss Xeno’jiva, you’ll gain access to the “First Wyverian Ritual” at the Elder Melder. Remember those crappy Decorations you’ve held on to? Yeah, now you’re going to need each and every one of ’em to create new ones! That said, the ingredients to create them need to be farmed by killing tempered monsters. Streamstone Shards, Streamstones, and Gleaming Streamstones are needed to craft new Decorations via the Elder Melder that will grant you better (in theory) Decorations from the ones you’ve collected that you don’t like or use.

Note that the outcome is purely random, and it doesn’t matter which Decorations you put in the mix. So if you have an Attack Decoration, or something as valuable, don’t put them in there, alright?

Well, there you go. By this point, there’s a good chance you’ve already farmed your end-game armor and weapon, so this is a new farming loop that you’ll need to do until you reach HR100 where another new customization option opens up, but that’s a conversation for another time.

If you have tips on how to mine Decorations or to have the RNG gods in your favor in melding them, share ’em in the comments below.