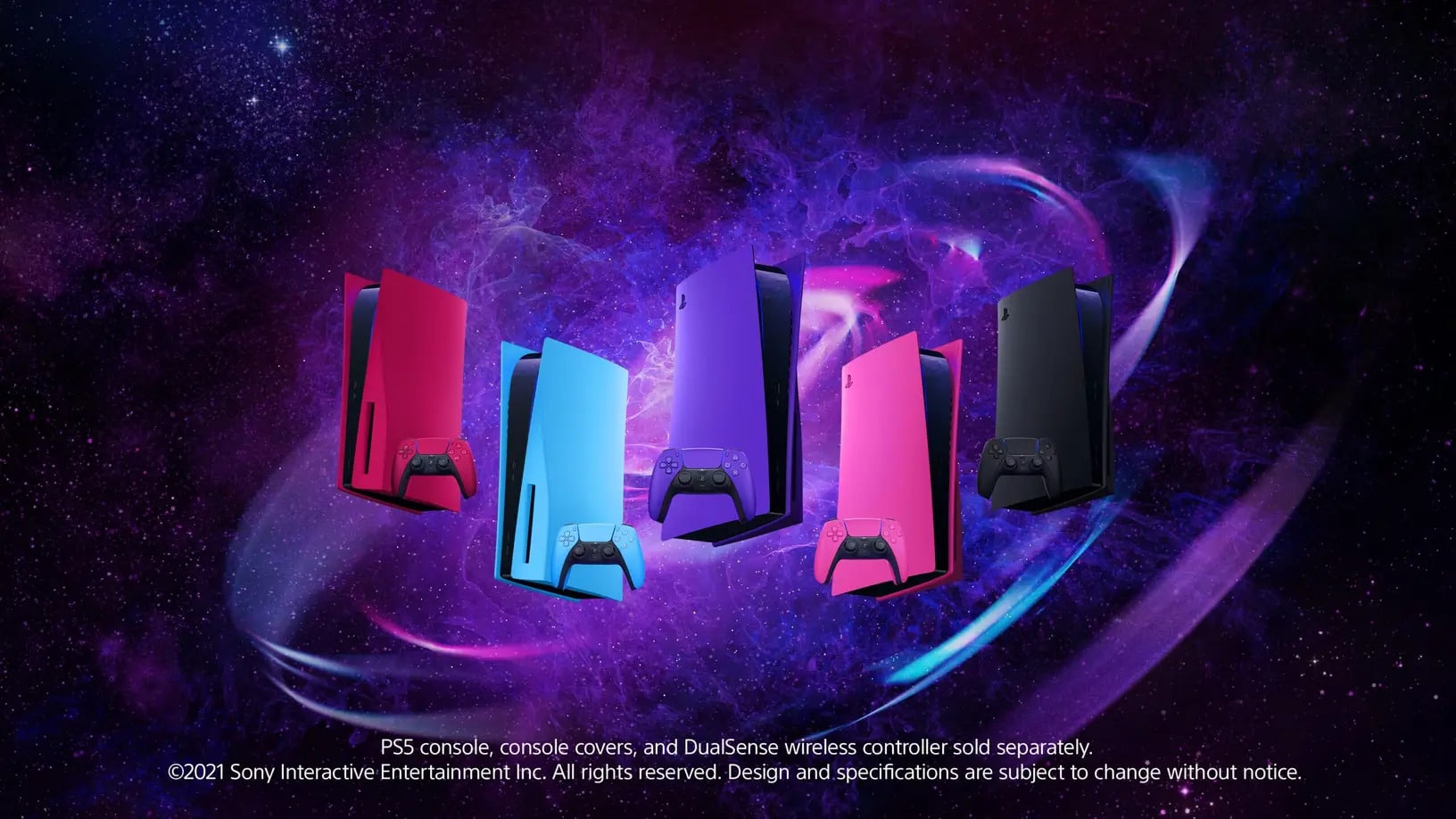 Here are two new trailers released by Sony showcasing the PS5 console covers, which come in different colors that can replace the default white color that comes with the console.

Additionally, here are the new DualSense controller colors that joining the Cosmic Red and Midnight Black ones that are already out in the market. Say hello to Starlight Blue, Galactic Purple, and Nova Pink!

The covers are priced at $55 each, and are planned to be available in the following countries:

Long anticipated and expected by PlayStation owners who have upgraded to a PS5, the console covers are the first official ones released by Sony following some third party ones developed by companies like Dbrand — who we last reported challenged Sony to sue them for producing these custom covers. Looks like the multimedia giant is finally ready to release their own official products in the market, as well as three new DualSense controllers that compliment the other console cover options.

The new PS5  console covers and DualSense controllers will be available starting January 2022.