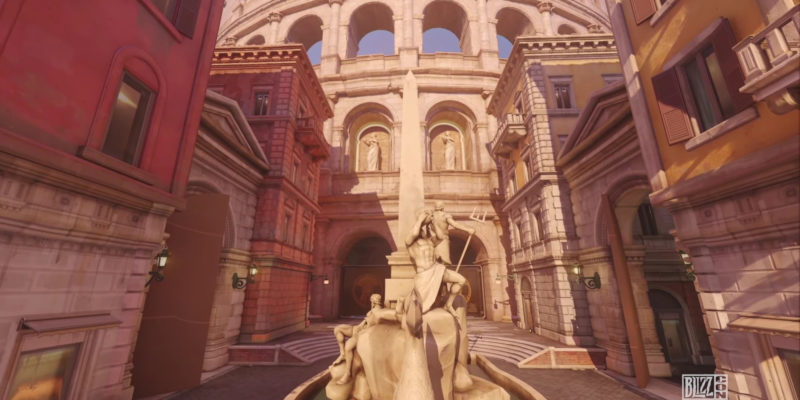 Get ready to battle in new locations and arenas in the world of Overwatch 2, as Blizzard has revealed that their upcoming team-based first-person shooter sequel Overwatch 2 is getting two new maps to its name — namely the famous locations of New York City and Rome!

As revealed in this year’s BlizzCon 2021 online panel presentation for the game, prepare to battle in some of the most recognizable cities in the world, as the Big Apple and the place built by the Roman Empire become the new battle arenas for fans and gamers who are absolutely excited to play the follow-up to one of the games of the year for 2016.

Check out the trailer showcase for New York City, which features familiar locations like Grand Central station given the OverWatch world treatment.

And of course when in Rome… You need to convert it into a fitting battlefield for the numerous fighters who shoot it out in the world of Overwatch.

“It’s one of the most beautiful pieces of environment art that I think we have made for the entire game and it absolutely took my breath away.”

Welcome to Rome, a new map coming to Overwatch 2. pic.twitter.com/M3FJr03RM3

As one of the developers described about the Rome map in particular.

“It’s one of the most beautiful pieces of environment art that I think we have made for the entire game and it absolutely took my breath away.”

That’s saying a lot, and we can’t wait to see more about Overwatch 2 and learn its release date — But it definitely won’t be out this year according to Blizzard.

Diablo 2 Resurrected to Feature 4K; Players Can Switch Back & Forth to Classic and New Graphics