With Call of Duty: WWII pre-loading on Xbox One having now begun, many PlayStation 4 owners have been wondering when they’ll be able to download the game in order to play immediately at launch. Well, it looks like we now have the answer! 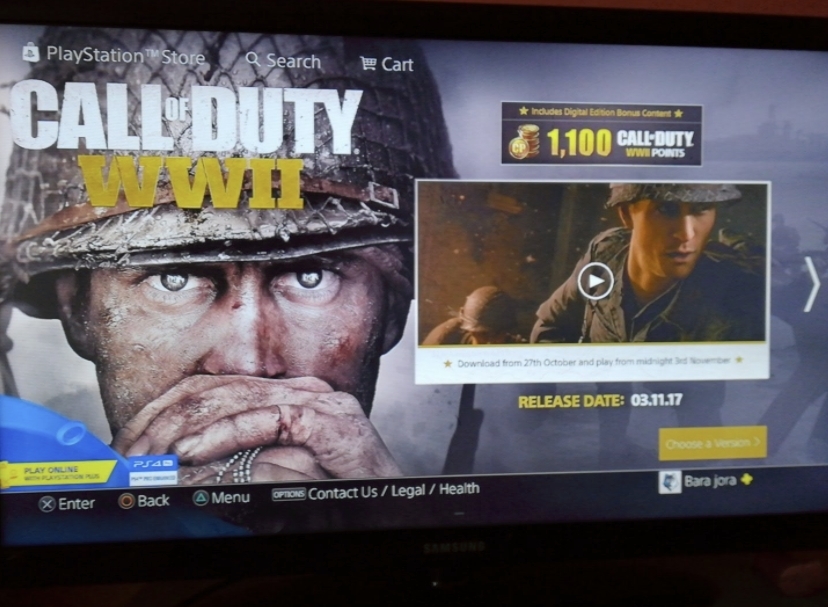 The Xbox One version of the game is 45GB in size. It’s not yet known how large the PS4 version will be, but I’d expect something similar. You can use this info to make room on your hard drive, if needed!

Which platform will you be playing on?

In other Call of Duty: WWII news, Sledgehammer Games has confirmed that the game will not contain attack dogs, 4K and HDR support have both been confirmed, and three different official live action trailers have been released.

Oh, and I can’t forget about all of the leaks! There’s the Zombies mode leak (#1, #2), a weapons and maps list leak, the new Prestige system, new gun customization (with images), and the Basic Training (perks) list.