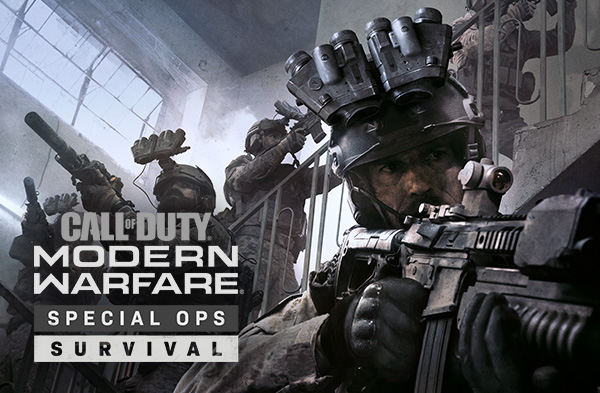 In case you didn’t know, a lot of feathers were ruffled last week due to the announcement that the Modern Warfare Spec Ops Survival mode will be exclusive to PS4 gamers for a year. Today, Sony has given the official description of the mode.

Sony has sent out a promotional email touting the PS4-exclusive mode, and gave a description as well.

This little mode got so much bad heat that Infinity Ward had to issue a statement about it. For those interested in the mode, Infinity Ward is set to reveal the Modern Warfare Spec Ops (which will be available on all platforms) this October 8.

In other Modern Warfare news, Infinity Ward has confirmed that they will talk about the Modern Warfare netcode before launch. If you haven’t seen that, go check out this breakdown to see why some people are worried about it.