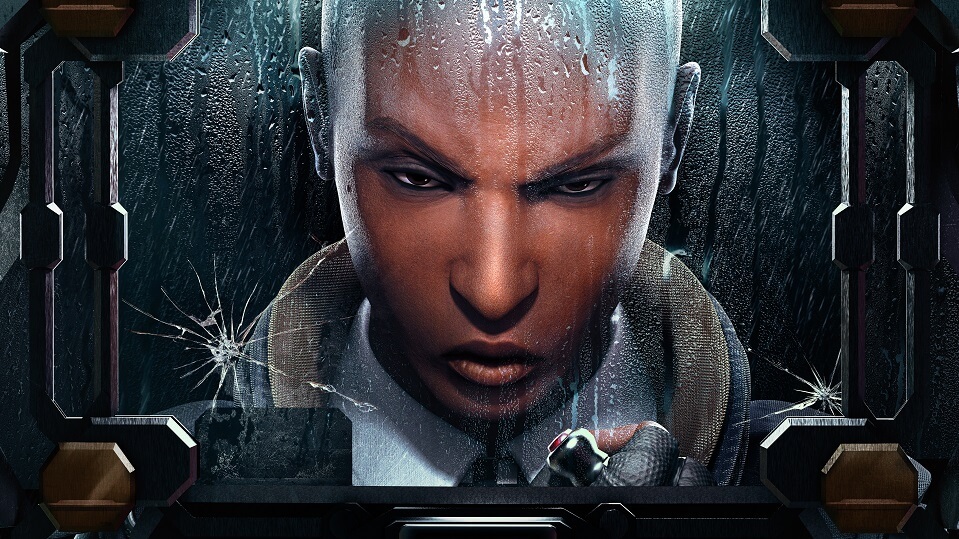 Meet Clash, the first Defender with a shield.

Born and raised in England, she’s a tough officer who served with the Territorial Support Group, holding the front line during the 2011 London Riots. She earned her spot with the Specialist Firearms Command (SCO19), making herself known within London’s Metropolitan Police Services (MPS).

She’s an expert at devising crowd-control strategies and she even acquired special permission to attend Gold Command meetings. She later made Detective Constable. Her experience, service record and persistence in her line of work got her noticed by Rainbow Six.

Twitch and Mira combined their engineering backgrounds, leading an R&D project to create the CCE Shield (Crowd Control Electro Shield). Clash is the perfect Operator to handle this new gadget and weapon because she understands mob behavior and she pioneered snatch squad tactics, not to mention her experience as a riot officer. She knows exactly when and where to deploy this shield to deny entry and slow down her opponents. Not only that, Clash has the backbone to stand her ground and a cooperative mindset to set herself up for assists. She shows no mercy and she has zero-tolerance for nonsense.

Despite her new title as DC at the MPS, she knows she belongs on the front line. This new Defender joining Rainbow Six, she’s none other than Morowa “Clash” Evans.

Crash will be revealed in full this August 17-19 during the first ever Six Major in Paris.

In addition to that, Herford Base is also getting reworked in Grim Sky! Check out the new trailer showcasing the reworked level! Ubisoft also says this about it:

Check out the Hereford Base rework. The map will keep the soul of the original but with a new layout and many twists, the map will feel fresh and new.