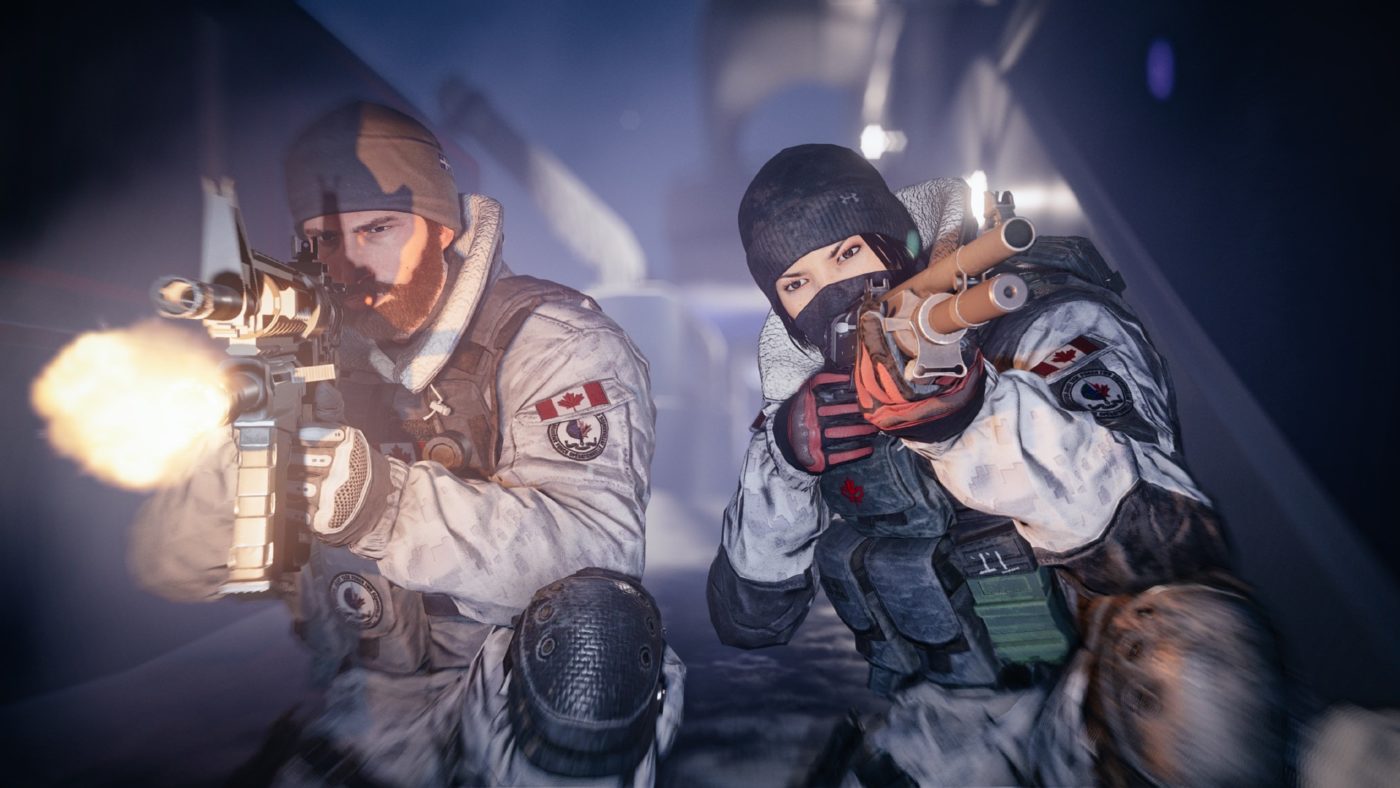 Downtime varies between platforms, but will only last for 30 minutes.

Here are the changes coming to Operators in this “Mid-Season Reinforcements” update:

KAPKAN CARRIES 5 ENTRY DENIAL DEVICES: THEY ARE HARDER TO SEE AND DEAL 60 DAMAGE EACH

The trip laser will fade to the extent of disappearing after deployment. This comes at a cost, as the traps will no longer be instant kills, dealing a 60 HP damage. Thanks to his improved traps, Kapkan will also gain in speed. He will now be a 2-speed Operator, instead of 1-speed. This will allow Kapkan to have a bit more versatility as a Defender.

We feel as though this change is an adaptation of Kapkan to the skill level of players who have adapted to spotting the trip laser, instead of rushing through doorways. We hope to see new strategies develop for him, alongside our other trapper defenders.

BLITZ CAN NOW SPRINT WITH HIS SHIELD EXTENDED

One of Blitz’ biggest drawbacks is that he is extremely vulnerable without his shield protecting him. This is especially the case when sprinting. We found it difficult to close the gap between some Defenders and Blitz, who needs proximity to use his shield flash. To remedy this downside, he will now be able to sprint with his shield still protecting him. We’re putting the blitz into Blitz.

ELA’S SMG IS GETTING A RECOIL BALANCE, & SHE IS LOSING A GRZMOT MINE.

After analyzing in-game stats, we found that Ela’s win rate and pick rate were too high when compared to other Operators.

With 4 Grzmot Mines Ela was able to secure two bomb sites, and still save a mine for her roaming. We want our players to make careful decisions as to where to use her gadget, so she will only have 3 Grzmot Mines from now on.

We also feel that her Scorpion EVO 3 A1 SMG is too powerful overall. To address this, we have raised the speed at which you reach maximum recoil, while also increasing the impact of the maximum recoil. The result of this change will result in a SMG that will be more challenging to control.

Jäger steps out of the cockpit with the next instalment of the Elite Sets. The Flying Ace Elite set will see your enemy’s grenades falling from the sky in no time.

Give the remaining patch notes a read here.

In other Rainbow Six Siege news, ping abuse has been explained by the developers as well as how to fix it, and the previous update fixed negative XP and renown issues.