Remember when EA hinted that there will be “new ways to play” Battlefield 5? Well, it seems they weren’t kidding. Unearthed via the game files is a Battlefield 5 new game mode, but it’s not just any mode, but one where players can build bases, and more.

Called “Invasion,” this new mode will be 32v32, and will feature a Tank Factory (which will let you build tanks), an Airfield (which will give you the abiliti to huild planes), a Radar Station (that lets players spot enemies), a Barracks (will let you spawn more troops), and a Navail Resources facility (that I assume will let you use sea vehicles). 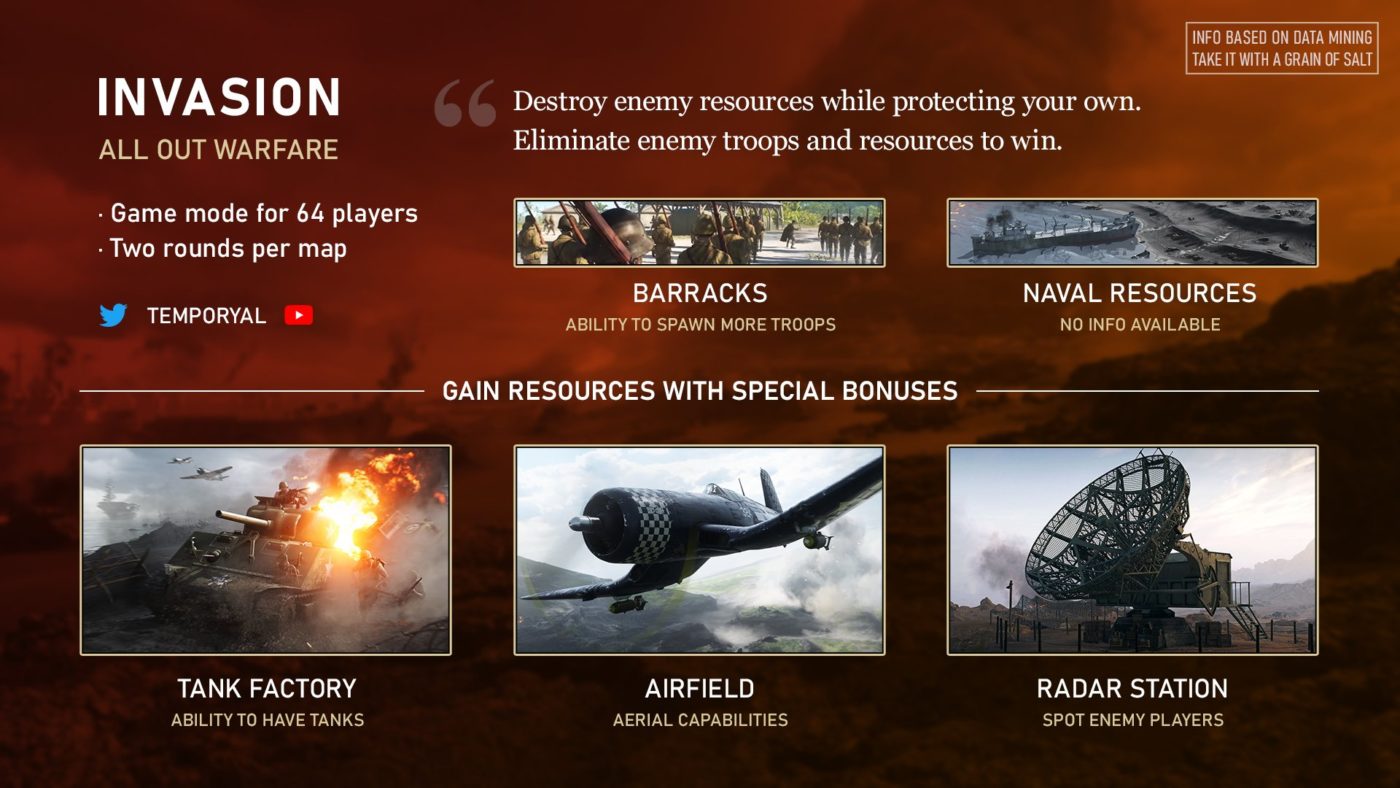 Apparently, these bases can be destroyed, which will make for an intense back and forth between the two factions. Note that this is all from datamined info (via temporyal), and as such, this could be entirely different once launched, though I suspect it will be somewhat similar given how past datamines yielded accurate leaks.

This is definitely an interesting game mode given it seems to be a mix of first-person shooter elements, with real-time strategy (RTS) mechanics like Command & Conquer. Will the playerbase embrace it though? Given we’re at the end of 2019, I suspect this will be the first big content drop for 2020. Once we know more info about this, we’ll let our readers know.

Are you excited for Invasion? Or would you rather see Rush and other game modes just become permanent fixtures?

Death Stranding Comparison – Do the Visuals Live Up to the Trailers?