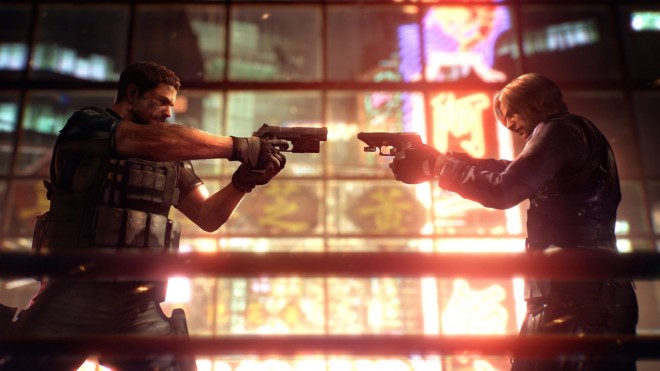 Today, Capcom announced that their upcoming horror-action title Resident Evil 6 will be receiving post-launch DLC. These DLC packs will expand further on the multiplayer aspect of the title by adding new three brand new modes.

All modes will support up to 6 players and will be using maps found in Mercenary Mode.

They did go on to confirm that there will be further DLC including maps, which will be compatible with all modes, as well as other unannounced items. No pricing for the listed packs have been revealed as of yet.