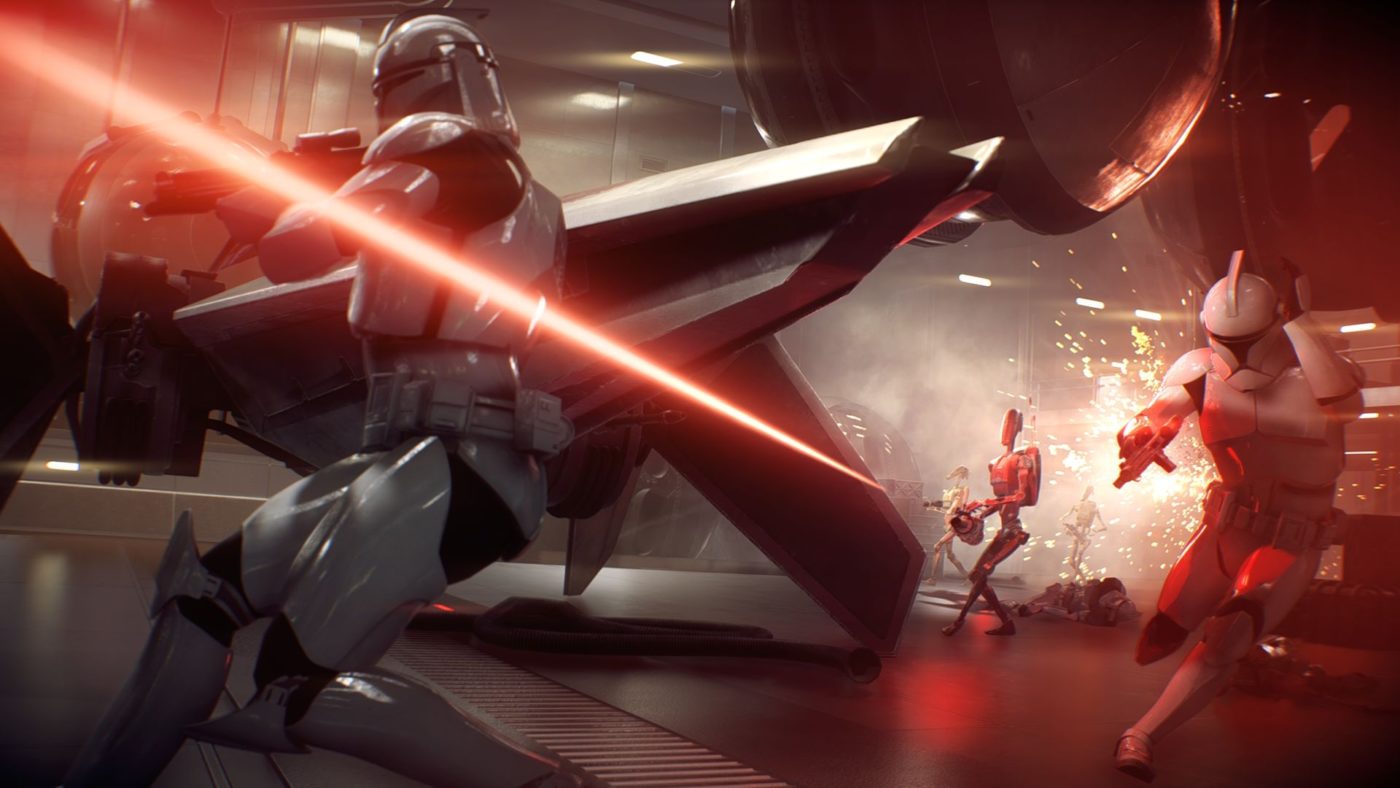 While DICE has already laid out the Star Wars Battlefront 2 2018 roadmap back in August, the studio has updated it, and added more events! This time, DICE has revealed what Battlefront II fans can expect up to February 2019!

Check out the image for the condense version, and then read up on the official details. 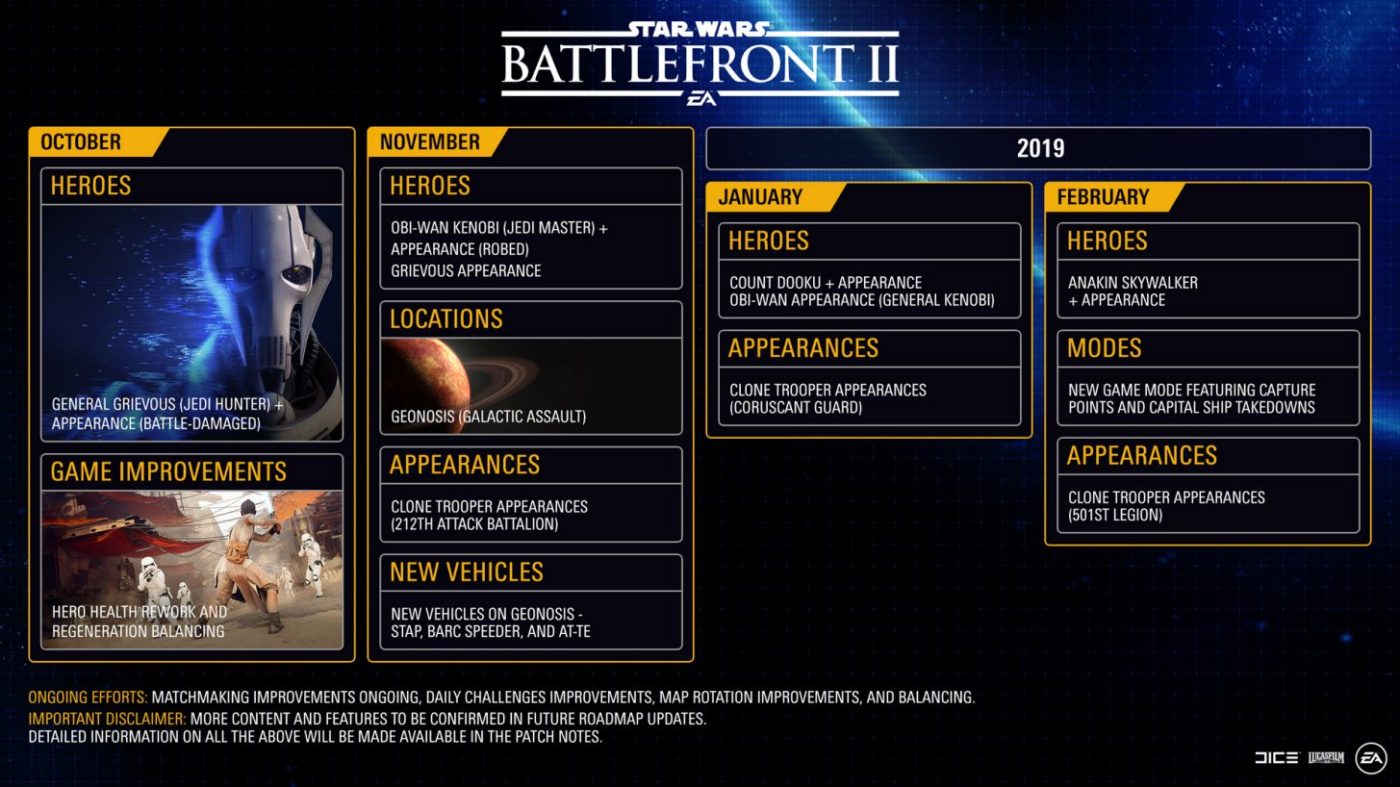 For October, we’re revealing that General Grievous*** will don the Jedi Hunter Appearance by default. At Grievous’ release, the additional Battle-Damaged Appearance* will be unlockable with Credits or Crystals.

The fan-favorite N1 Starfighter, a sleek example of Nabooian design and engineering philosophy, will now take to the skies as a fighter class ship in the Hero Starfighters game mode.

Also coming this month are changes to Hero Health Star Cards, giving every hero the ability to equip one of these. Read the Community Transmission solely dedicated to this topic, to learn all about how it affects heroes’ abilities.

November – More Hero Appearances and a Small Update on Geonosis

In November, Obi-Wan Kenobi*** is entering the battlefront, and he’s wearing his Jedi Master Appearance from the get-go. At the same time, Obi-Wan’s Robed Appearance** and another to-be-announced Appearance** for General Grievous are approaching.

Here’s a neat little tidbit about November’s release of Geonosis: this new location will feature the native Geonosians as part of its living world (non-interactive environment). The Geonosians played an important role in the Clone Wars colluding with the Separatists, led by Count Dooku, to develop plans for the first Death Star.

Then, to kick off the new year, January will see the release of Count Dooku*** plus an additional Appearance** for the Separatist leader. Obi-Wan is expanding his wardrobe even further with the General Kenobi Appearance**, and the Coruscant Guard clone trooper Appearances** are joining the forces of the Galactic Republic.

Anakin Skywalker***, an additional Appearance** for the same, and the 501st Legion clone trooper Appearances** arrive to the game in February. You’ll be able to play with them in our new, large-scale, non-linear game mode featuring capture points and capital ship takedowns.

Please note that more content and features are still to be confirmed. Things might also be moved around, added, or changed. Efforts such as improvements on matchmaking, daily challenges, map rotation, bug fixing, and balancing are ongoing, too. We’ll be back at a later date with an updated view of the Roadmap.

Don’t forget to read up on this month’s upcoming list of events and more right here.

DICE: “Some” Battlefield V Weapons Seen in Trailers & Screenshots to Be Rolled Out via Progression & Tides of War