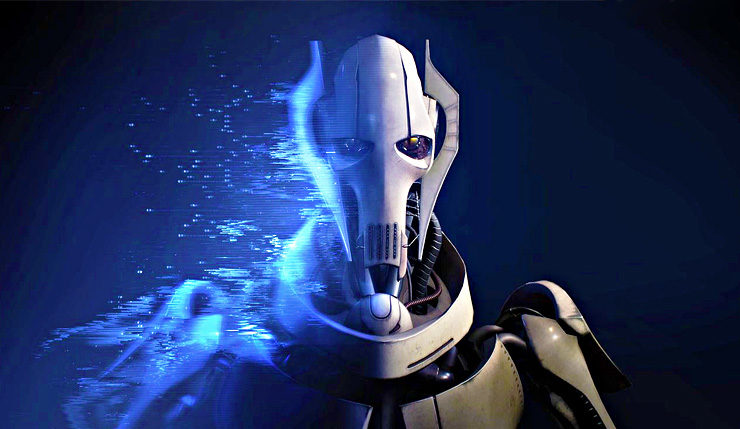 In case you didn’t know, DICE unveiled the roadmap for Star Wars Battlefront II for October, and this month we’ll see the arrival of General Grievous. If that wasn’t exciting enough, EA has now announced that the Clone Wars voice actors are returning to voice their character counterparts in Battlefront iI!

Full interviews with each character will be posted as we come nearer to each character’s release, but you can check out each actor’s  character and a brief history of their portrayal below.

Matthew Wood voiced General Grievous’ original appearance in Star Wars™: Episode III – Revenge of the Sith™ and The Clone Wars animated series. He also did the creative post-processing of his character’s voice. Matthew has been working with Lucasfilm since the age of 17 and is (when he’s not voice acting) Supervising Sound Editor at Skywalker Sound, the sound division of Lucasfilm. Now, he’s reprising his role as Grievous in Star Wars Battlefront II.

“I always love revisiting characters from the Clone Wars era, because I feel like there are so many stories to be told! Now, we have the ability to actually set foot into General Grievous’ shoes and see how he operates in real-time. That’s really exciting to me, to be able to portray the character in such a way! I’m a gamer myself, so I can’t wait to see how all this pans out with what the team has created.”

Of all actors portraying Obi-Wan Kenobi, James Arnold Taylor has played him the longest, most notably throughout the animated The Clone Wars series. In November, he’s bringing his version of Obi-Wan to Star Wars Battlefront II.

“It is probably the greatest honor for me as an actor, to have gotten to play this character for so many years. And in so many iterations! The television show, video games, toys, a movie . . . It’s one of those ‘pinch me moments’ in my life, because I still kind of wake up some days and go, ‘I . . . I get to be Obi-Wan Kenobi?’ It’s fantastic!”

Corey Burton has done a wide variety of work in his long voice acting career. He played Count Dooku in the Clone Wars television animated series, capturing the aristocratic and arrogant Sith Lord as originally delivered by Christopher Lee in Star Wars™: Episode II – Attack of the Clones™. Stepping into the role again is a pleasure for Corey.

“It’s always a joy to slip into the Sith cape! It’s been a delight from the very start. I love playing these sort of evil, wizardly mastermind kind of characters where their strength is a quiet, intense simmer, rather than throwing thunderbolts and hollering. It’s sort of very subtle, and it draws you in instead of blasting out the performance.”

Similar to James Arnold Taylor and his Obi-Wan Kenobi, Matt Lanter has portrayed Anakin Skywalker throughout the Clone Wars animated series. His portrayal of Anakin is a fan-favorite as the character’s complexity is explored in depth in the series. Matt is excited to bring his performance to Star Wars Battlefront II.

“I’m a gamer! I played the first Star Wars Battlefront often. Not really lately, I’ve got a new baby at home and she’s nine months, so I haven’t had a whole lot of gaming time recently. But before that – Battlefront is my game! I grew up playing first person shooters, and I love Star Wars. You know, I perform Star Wars, but I’m also a huge fan. A mix of the both is my perfect game. To be able to be a part of it is pretty incredible.”

If you want to check out what DICE has in store for November up to early 2019, click here.