Could Oculus Rift virtual reality support be making its way to Respawn Entertainment’s upcoming multiplayer-focused FPS, Titanfall? According to recent tweets from the developer, “you never know.” 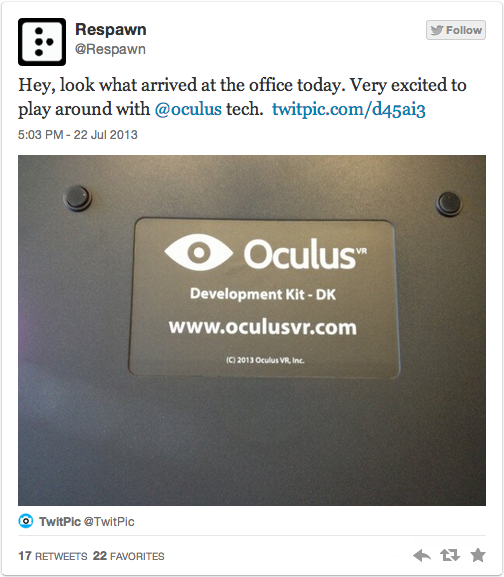 When asked if current plans included the support of Oculus, the studio responded, “…you never know.”

Sounds pretty cool to us? We hope Respawn can make it happen. For now, we’ll have to wait to hear more if these potential plans come to fruition. Obviously, we can’t take it for official confirmation at the moment.

What do you guys think? Would you play a virtual reality version of Titanfall?