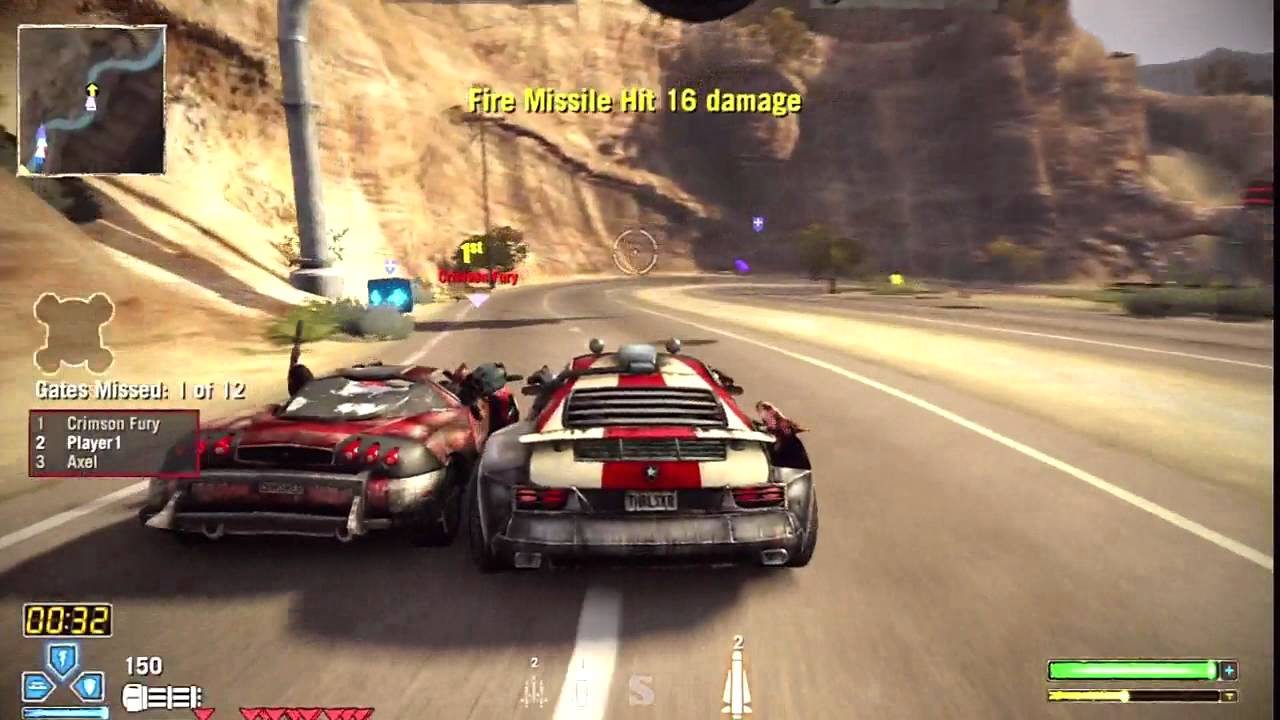 Remember when we reported this past September that the servers for PlayStation All-Stars, and a few other PS3 games was shutting down? It seems Sony wants to give players a little bit more time with these online-focused titles, as the Warhawk, PlayStation All-Stars Battle Royale, Sound Shapes, and Twisted Metal servers won’t be shutting down until 12 a.m. PT, January 31, 2019!

This was announced by Sony via an email being sent to registered PlayStation Network users. In addition to that, those who want to play Warhawk once the servers are shutdown will need to set their PS3 in LAN mode for local network play. Twisted Metal and PlayStation All-Stars’ single-player can be played offline, as well as couch multiplayer. Check out the email sent earlier today. 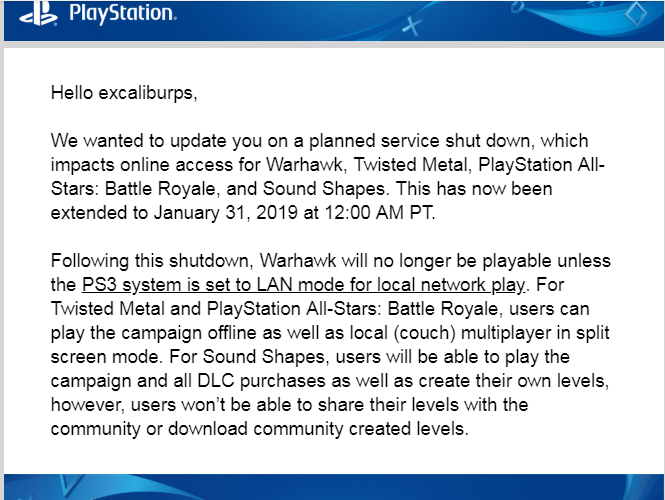 In other PlayStation news, make sure to check out the “banner-less” PlayStation Store sale that went live yesterday, as it has a ton of deals for the PS4, PS3 and even the Vita. If you’re looking for some Black Friday PlayStation deals, Sony has announced what the company is planning on discounting this week.

PlayStation Store Sale for the Week Is Now Live, Here’s the “Banner-less” Big List of Deals

Are Single-Player Games Getting Shorter? Now vs. Then