Will Battlefield 2021 Suffer Because of Last-Gen Consoles?

In case you didn’t know, this year’s Battlefield game will be released on both last-gen (PS4, Xbox One), and current-gen (PS5, Xbox Series X|S) platforms. Now, if history were to repeat itself, there is a good chance that the next-gen versions of Battlefield 2021 are going to be offering a different experience than last-gen versions.

Look, it should be a no brainer that EA is releasing Battlefield 2021 on last-gen consoles. Given the current situation we are in due to COVID-19, there is a large shortage of supplies in nearly every industry, and for gaming, the latest next-gen consoles, the PS5 and Xbox Series consoles. Even so, if we weren’t in this situation, chances would still be high that the company would be targeting a cross-gen release. There is just too much money on the table to be left, and at the end of the day, these are companies wanting to hit their margins. It’s the brutal truth of it that many tend to ignore, but that’s a different story for perhaps another day.

While they have come out on multiple occasions to say that the next Battlefield game is going to offer a true next-gen experience, many are left questioning how exactly they plan on doing that if they need to support the older consoles. Well, they have already given us that answer from their past examples. 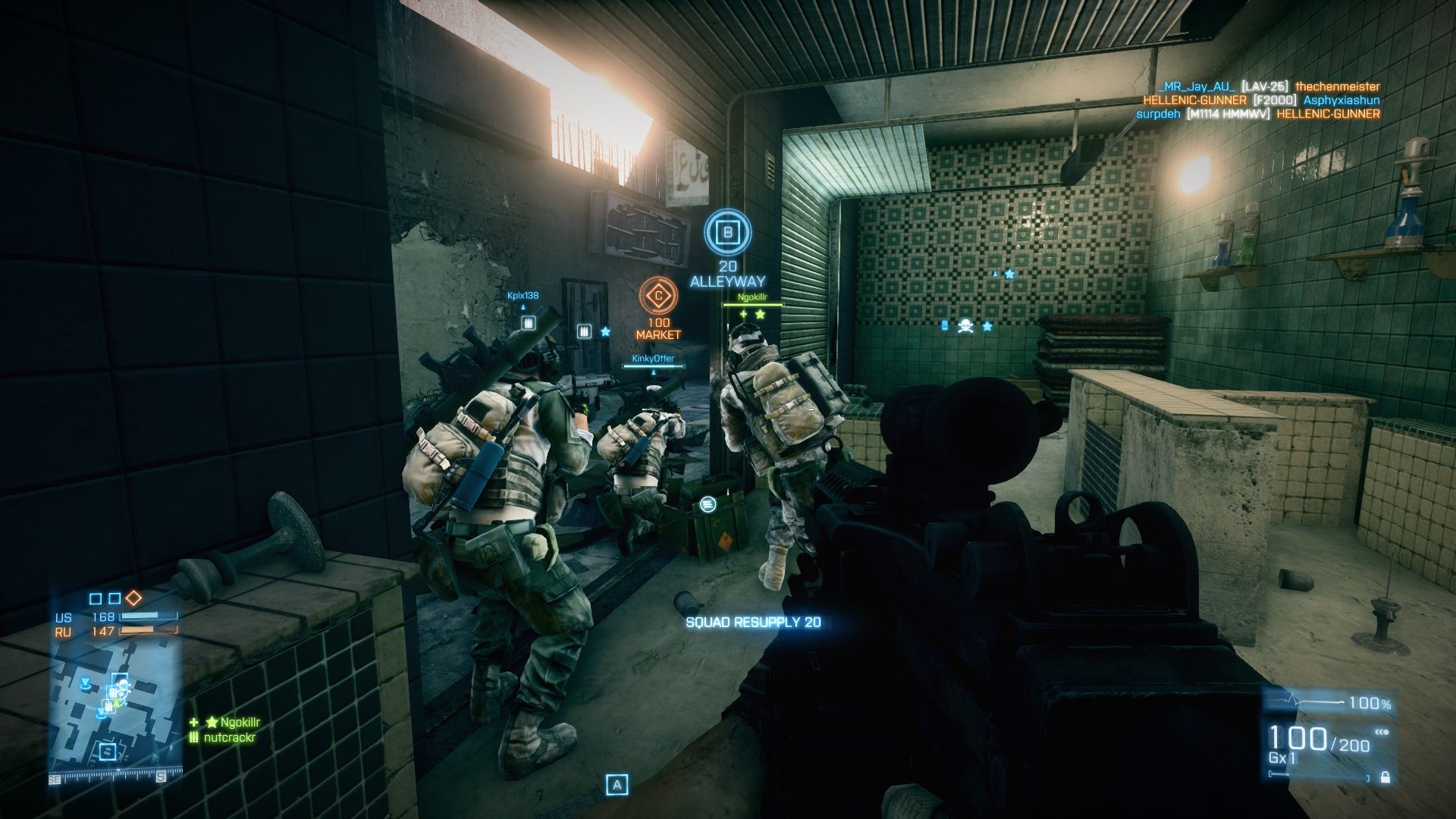 Battlefield 3 served as the studio’s return to large scale battles. With 6 long years passing since the release of Battlefield 2, and the title coming right off the heel of the success of Bad Company 2, expectations for the next big mainline title were at an all-time high.

The title released, and while it had a rocky start, it was a huge success for the most.

One thing many of you may not know or remember is that Battlefield 3 was actually a pretty different game when it came to playing on consoles versus PC. And no, we don’t mean the improved visual fidelity with increased textures, and frame-rate that PC hardware will always have an advantage with. Instead, DICE decided that rather than let the PC version suffer from the limitation of the lower spec consoles, that they would instead create a uniquely different experience, that only PC players could experience.

On PC, the staple conquest mode could support a total of 64-players. By today standards that’s a pretty common number, but back then, for a game with it’s visuals, that was a very huge feat. Compared to what was available for consoles, this was 40 more players that could play in a match.

On top of this, because the PC version could support more players, it also meant that the maps had to be big enough to do so. By DICE’s own account, they did want to feature more players and bigger maps on the PS3 and Xbox 360, but it would have meant downgrading the visuals, destruction, and a number of other things in order to give a playable experience. Whether the lower player count and smaller map sizes were better than what PC offered, or vice-versa, well that’s just a matter of opinion.

One thing is clear though, DICE didn’t “sacrifice” the PC version for the sake of making it on par with the console versions. Could it have been better? For sure. 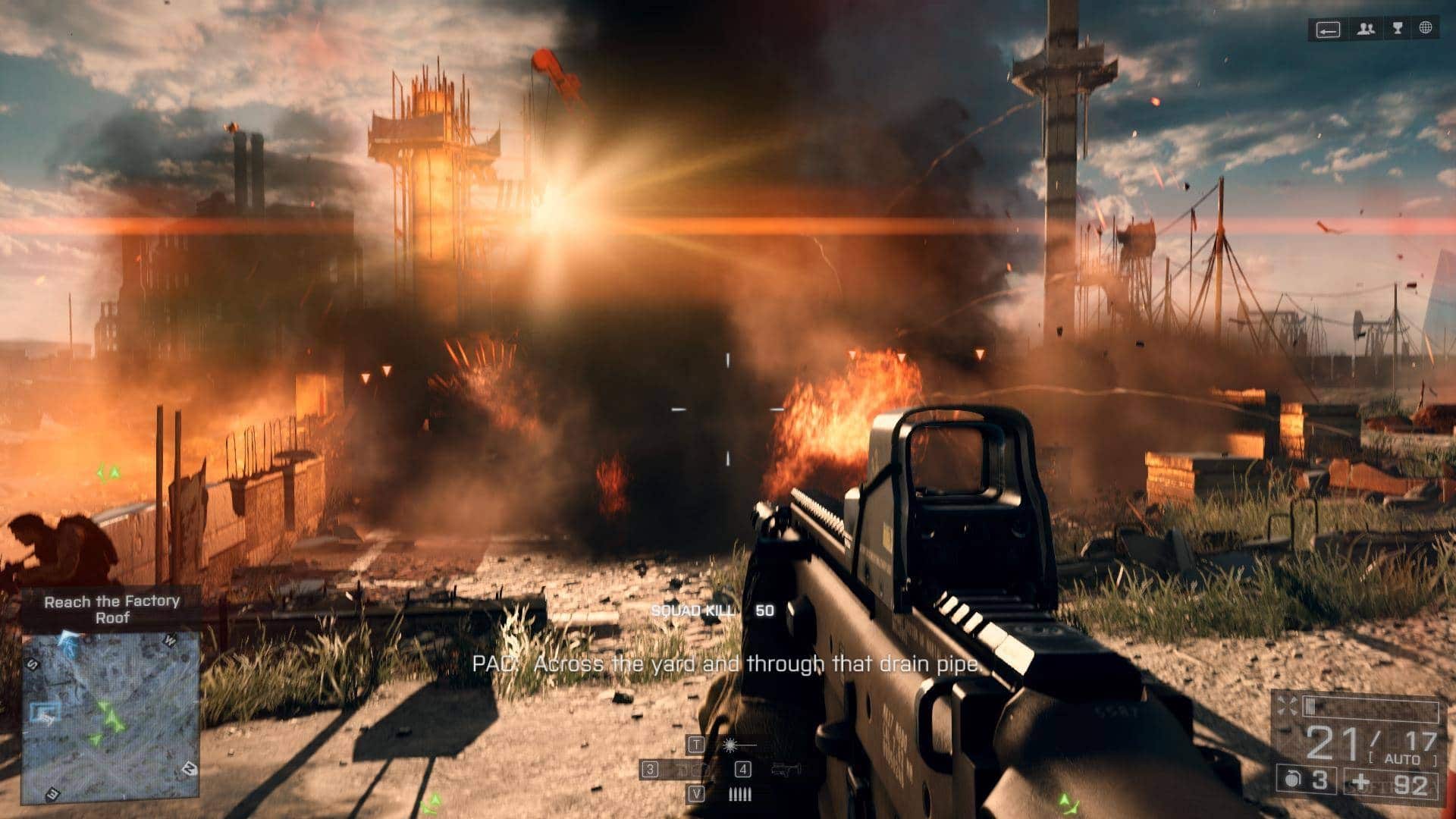 Battlefield 4 release is a bit of an interesting one because it released basically at the end of the PS3’s lifecycle and start of the new one., You could say it shares that with BF 2021, though 2021 is seeing a release a year after the launch of the new consoles, giving it more time to actually utilize the systems.

Like Battlefield 3, Battlefield 4 also offered more players and bigger maps on the beefier hardware compared to the weaker consoles. The difference here, however, was that both the PS4 and Xbox One were very capable machines and thus had the perks (namely 64-player matches) that the PC version had.

For console player’s this was a first, and because of that, the game arguably had bigger battles. DICE has also implemented a new destruction feature called “levolution,” which were essentially player-triggered moments in the game with scripted destruction. While this ran fine on the PS3 and Xbox 360, there was no question, that with the added player count, graphical increases, and performance boosts that their next-gen counterpart offered, that the experience felt far more epic on the newer hardware.

It was hard for anyone playing on the newer system to ever want to go back to anything less. 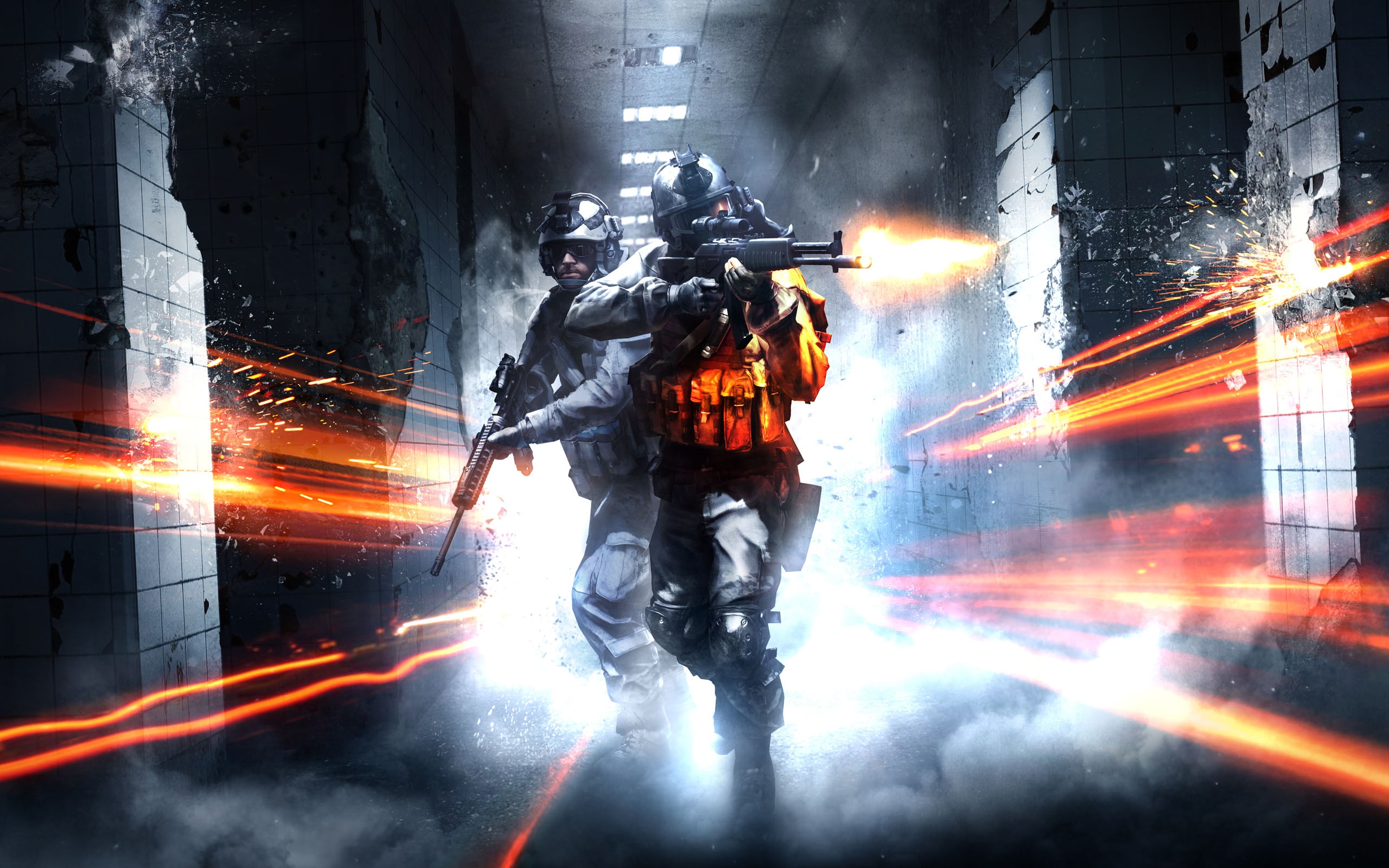 How Does This All Fit in With Battlefield 2021?

That’s a very tough question to answer, because we don’t know what DICE has in stored, not until next month at least. I think the point I was trying to make here is that it’s a bit premature to say that the PS4 and Xbox One are going to be “holding” back the PS5 and Xbox Series version of the game. This is especially true when we look at DICE’s history, and the differences that they have been able to provide on newer, and better hardware.

A lot of us may have lost a lot of good faith in the studio as of recent, but I think, judging from their history, the studio isn’t going to “gimp” their game for the sake of offering parity across the board. I would be surprised if that happens, but you know, anything can happen.

Now don’t take this as me saying that last-gen consoles won’t hold things back. I believe the exact opposite because a lot of creative ideas get brought up during development, only to be canned because they won’t work on the older hardware. When you have to build a game with the lowest denominator in mind, you are already thinking about things that will only work on said hardware. I’m sure they will still push the systems to what they can, but by default, they are still working around limitations.

This doesn’t mean that studio won’t be able to offer a “next-gen” experience over last gen of BF2021, but I don’t believe the game will achieve it’s full potential in terms of scope, unless of course DICE decides to really give a different experience.

This also begs the question of whether or not Battlefield 2021 is going to offer cross-play. Seeing that EA has been pushing the feature as of late, we can’t imagine the next Battlefield not having it. So would that mean that the game, outside of visuals and performance, be forced to play identically? Your guess is as good as mine.

I personally believe that DICE is going to go the route they have been, offer some exclusive perks for next-gen consoles, but never truly hit where the game could go. Like all game development, we probably won’t see the peak of scope for the series until it’s sequel or the one after, when there is no lower denominator that they need to think about.

What do you guys think? Can you see DICE giving the PS5 and Xbox Series some real perks, or, maybe it’ll be bogged down by last generation of console to the point that it’s a minor jump to what many hope for? Let us know your thoughts down in the comments.

Note: Views expressed here are solely of the author’s and does not represent MP1st in its entirety.