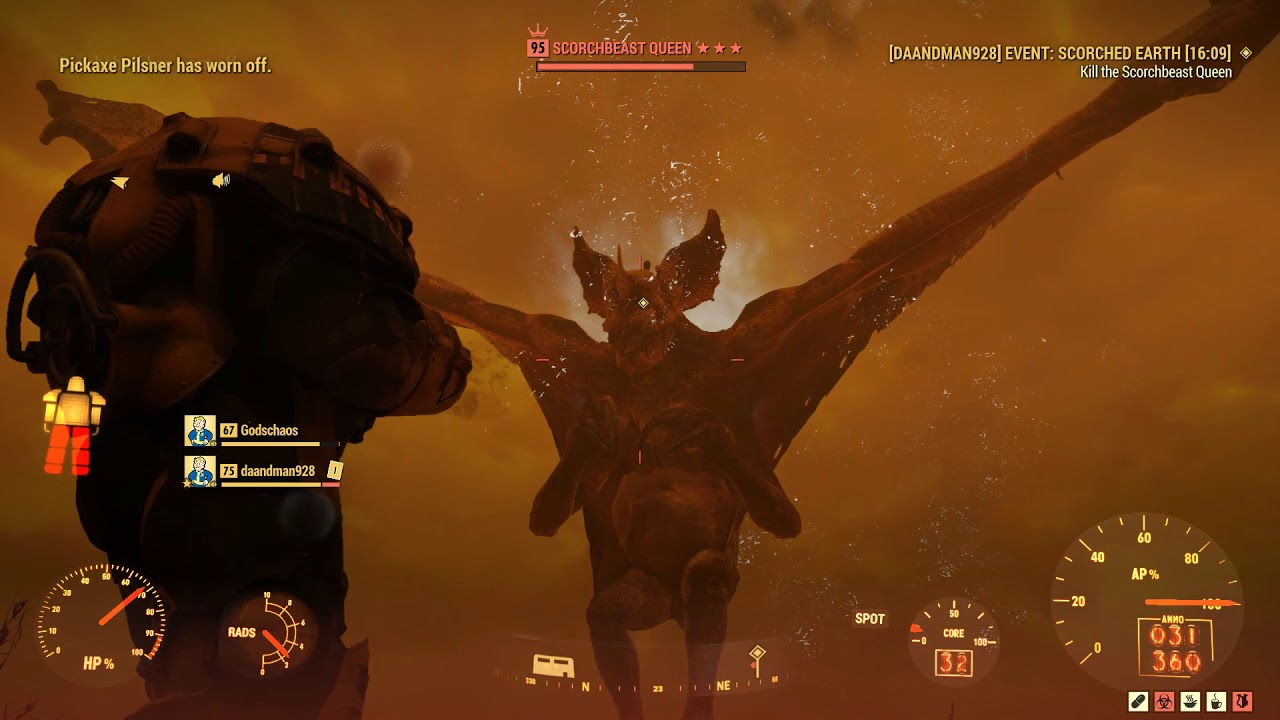 One clan of players have claimed the world record for the fastest Fallout 76 Scorchbeast Queen kill in the game’s history. This clan managed to take down the toughest enemy in the game in just five seconds, a feat that has never legitimately been seen until now. Check out the video below which highlights a few different viewpoints of the kill, as well as the name of the clan and its members, then read on for more.

As you saw in the video, the Scorchbeast Queen kill in five seconds was achieved by Queen Killers R Us: The Elitists, a Discord group who meet up to take down Scorchbeast Queens in Fallout 76. This might sound like a bit of a niche clan, but they really do exist. Their efforts have now paid off, and they’ve claimed this new world record, and judging by the video clips it doesn’t seem like anyone’s going to be able to beat their record.

Previous world records for Scorchbeast Queen kills saw single players destroy the enemy in one shot using a weapon called The Dragon. However, these kills were illegitimate, because the players in them used duplication glitches to duplicate Explosive Bobbleheads. These Bobbleheads increase a player’s damage with explosive weapons, and by using hundreds, if not thousands of them, they increased their damage levels to allow them to kill the Scorchbeast Queen in one shot.

Apparently the clan work to specifically push the Scorchbeast Queen to land exactly where they want it to, which is, as we saw, where a group of players are laying in wait to destroy her with their endgame weapons. On top of this, the clan works very hard to establish servers filled with just their Discord members, meaning that an extreme amount of time and energy has to go into coordinating just the gameplay sessions of this clan.

The Scorchbeast Queen can only be summoned y dropping a nuke on Fissure site Prime, which itself is a tall order because multiple players are required to gather all of the codes to launch said nuke. This enemy is currently believed to be the final boss of Fallout 76, with no tougher enemy present in the game to date, and the recommended number of players to battle her is eight. All this could change with the release of Wastelanders later this year, which will bring new quests to the game, and populate the wasteland with NPCs for the first time.

Don’t forget to check out the latest patch notes for Fallout 76.