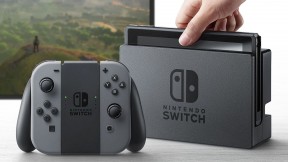 News 0 While the Nintendo Switch might not be your typical platform when it comes to multiplayer games, we aren’t forgetting Nintendo’s hybrid console  — especially not when it’s selling like gangbusters.  Today, the big N has released a new Nintendo Switch update for the console (3.0.2) that’s mostly about system stability improvements (yum!), but also adds […]