News 17 Infinity Ward has published the patch notes for the most recent title updates and hot fixes for Modern Warfare 3 on PS3 and PC. The new patches were pushed out to PS3 and PC users earlier today along side the latest DLC bundle on both platforms, Collection 2. Here are the official patch notes: PS3 […] 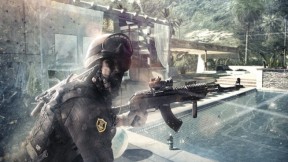 News 21 Infinity Ward has released a new patch, supposedly patch 1.16, for the PS3’s version of Modern Warfare 3 along with the latest DLC offering, Collection 2. Modern Warfare 3 players on PlayStation 3 are now able to purchase Collection 2 from the PSN store for $14.99. The pre-order deal, which net users a free theme, […] 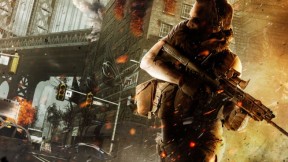 News 19 Update: Activision’s suggested the following fixes for; Arctic Recon Spec Ops Mission not loading issue: Launch MW3 Special Ops running off HDD Select Find Match and “The struggle continues with all new maps” Back out of the lobby and you’ll gain the ability to load any new maps MW3 Out of Memory Error: For users playing […]

News 17 As promised, Modern Warfare 3 players on Xbox 360 will be treated to a new patch tomorrow, June 19th. Patch 1.16 (or title update #16) will add competition mode, lay the groundwork for upcoming matchmaking updates, reduce DMH’s effectiveness, and more. Along with patch 1.16, Xbox 360 Elite premium members will receive new DLC drops, which you can […]

News 6 Infinity Ward’s Executive Producer Mark Rubin has revealed that Xbox 360 users will receive the next batch of Elite drops on June 19th along with a new patch. Modern Warfare 3’s Elite premium drops will release for Xbox 360 on June 19th. However, all we know right now is to expect one map, one spec-ops mission, and one classified drop. “Details on […]