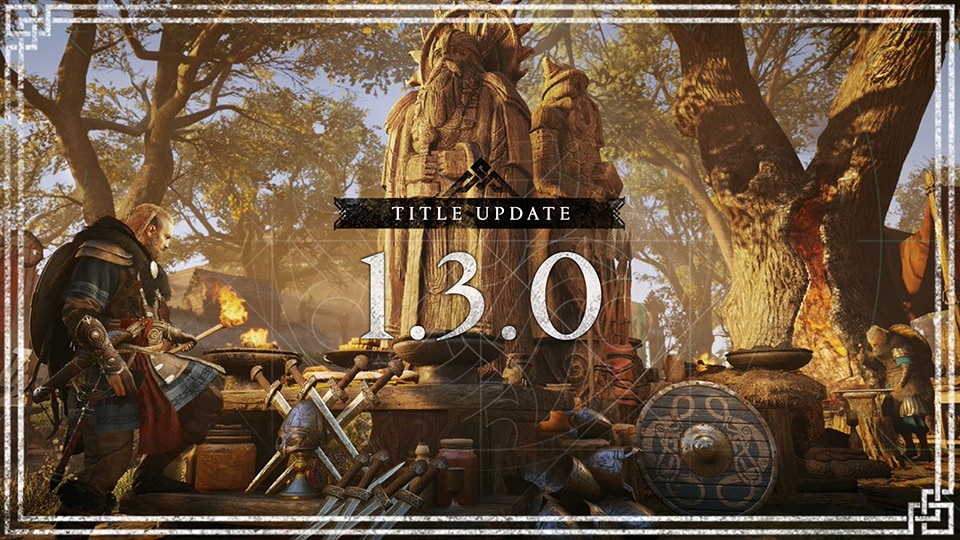 Last week, Ubisoft announced that the Assassin’s Creed Valhalla (AC Valhalla) next update is due on July 27, and will add level scaling and more. Today, Ubisoft has released the official AC Valhalla update 1.3.0 patch notes! This includes The Siege of Paris expansion, the Sigrblot Festival and of course, level scaling and loads of gameplay-related changes.

RAVEN
• Light Fingered: Eivor will now automatically pick up nearby loot with a quick flick of the wrist (without having to press the interact button). • Thrill of War: Gain adrenaline as long as you remain in conflict.

WOLF
• Survival Instinct: When at less than a third of health, hold -> for partial healing (Exchange adrenaline for health). • Wolf Warrior: Your damage increases the lower your health.

WRATH OF THE DRUIDS – EXPANSION 1

Quests, World Events, and Side Activities