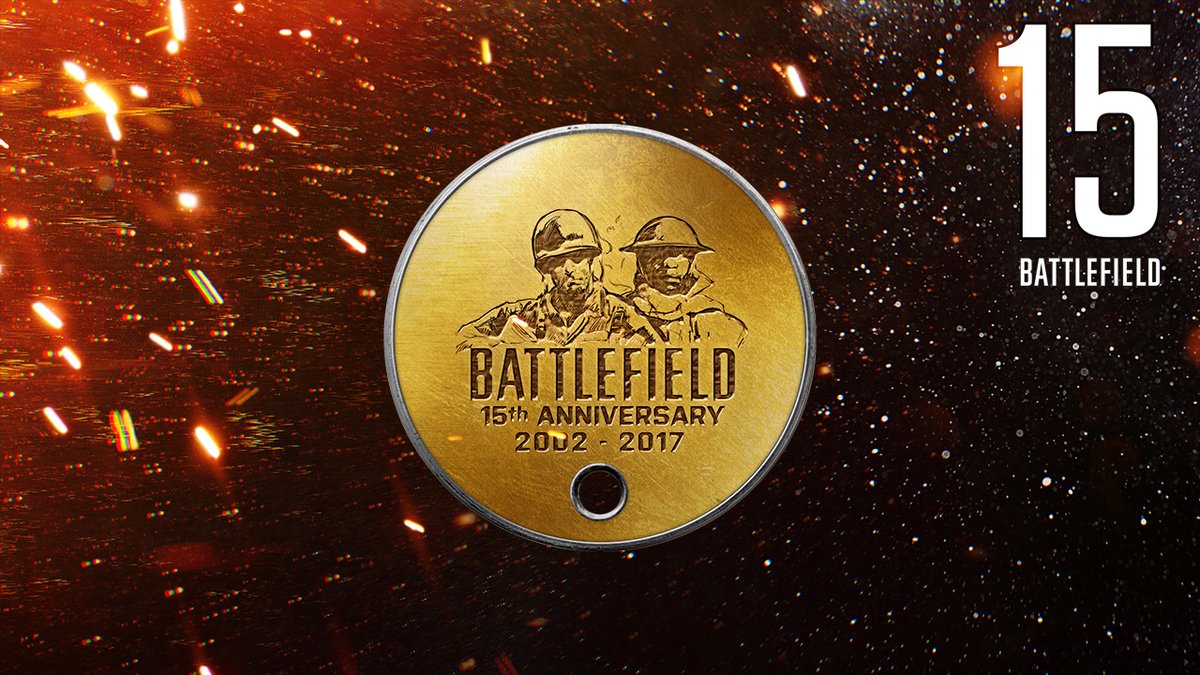 For those who like collecting stuff, don’t forget that the recently announced Battlefield 1 15th Anniversary dog tag can be yours now! You don’t even need to do anything, but log in to Battlefield 1 from today, October 12, up to October 16.

This is for all platforms, and if you want to see what it looks like take a look at the image above.

Don’t forget, there’s a lot more Battlefield 1 activities happening all throughout the week to commemorate the Battlefield franchise’s 15th year anniversary. The big Battlefield 1 October update also rolled out today, and we have the entire patch notes list for you to pore over.

If you notice new events pop up let us know via Twitter or email so we can alert everyone else.