by Alex Co
in DLC and Expansions, News

While there’s a new Battlefield game set to shoot out later this year, Battlefield 1 isn’t done with us just yet! In February, the last expansion for the game titled “Apocalypse” will finally drop, and along with it, bring a host of new maps, weapons and more!

We already listed the Apocalypse weapons earlier today, but now we have the official stuff! EA has finally blown the lid off the upcoming expansion, and there’s lots to dig into. 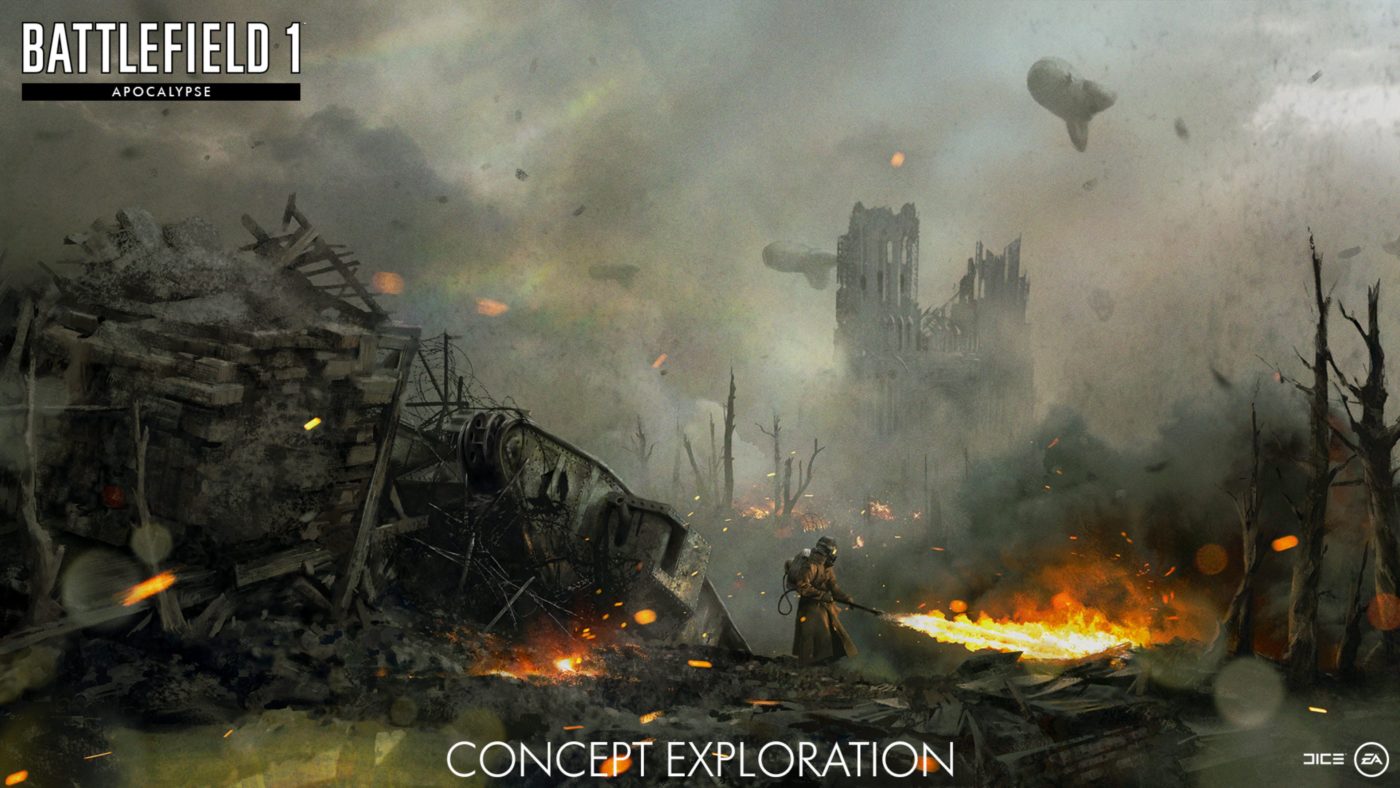 Once the quiet countryside of Belgium, now a nightmarish landscape of blood and mud. Claw your way across the devastated landscape and huddle for cover in dugouts and tattered ruins. 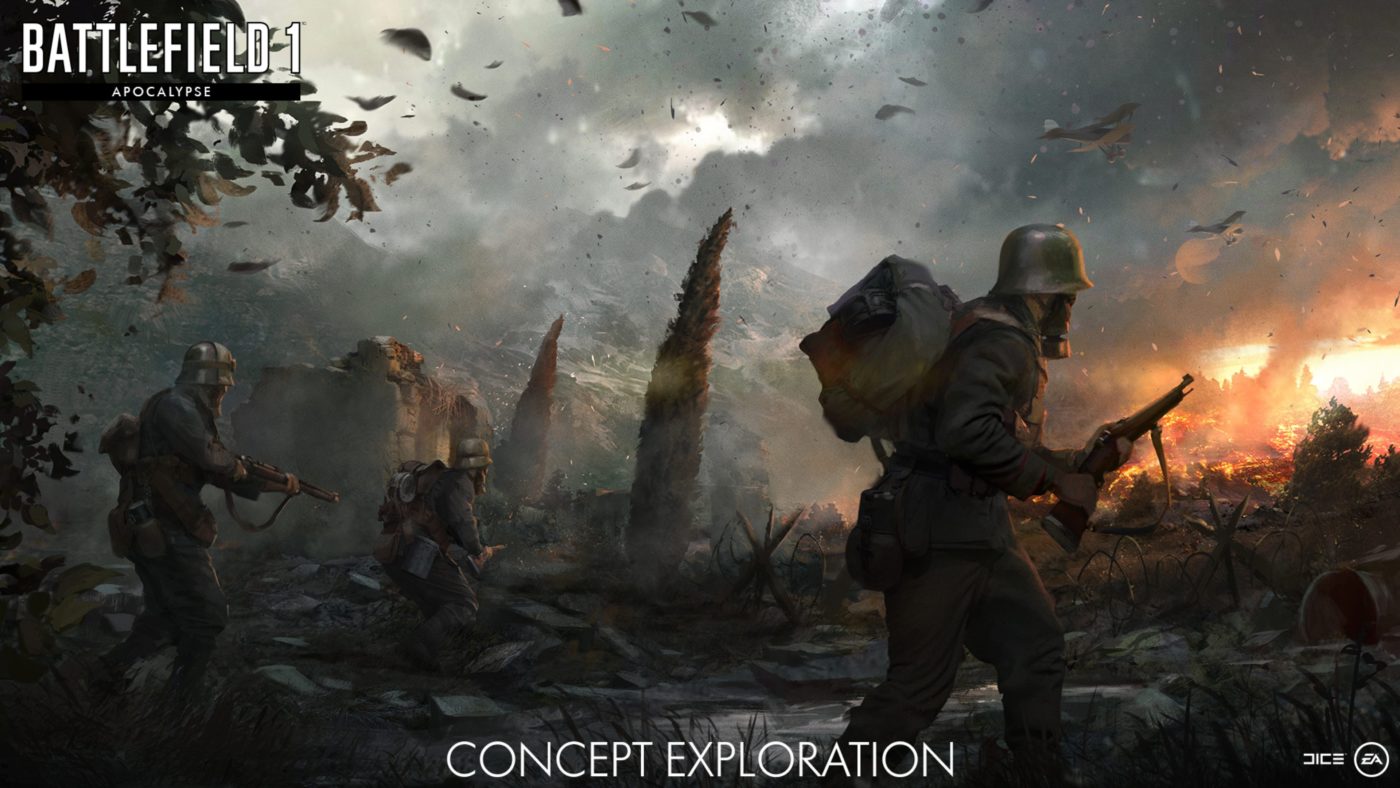 Fight in mountain trenches near the Isonzo River as the Austro-Hungarians face off with the Italian army in an uphill climb. 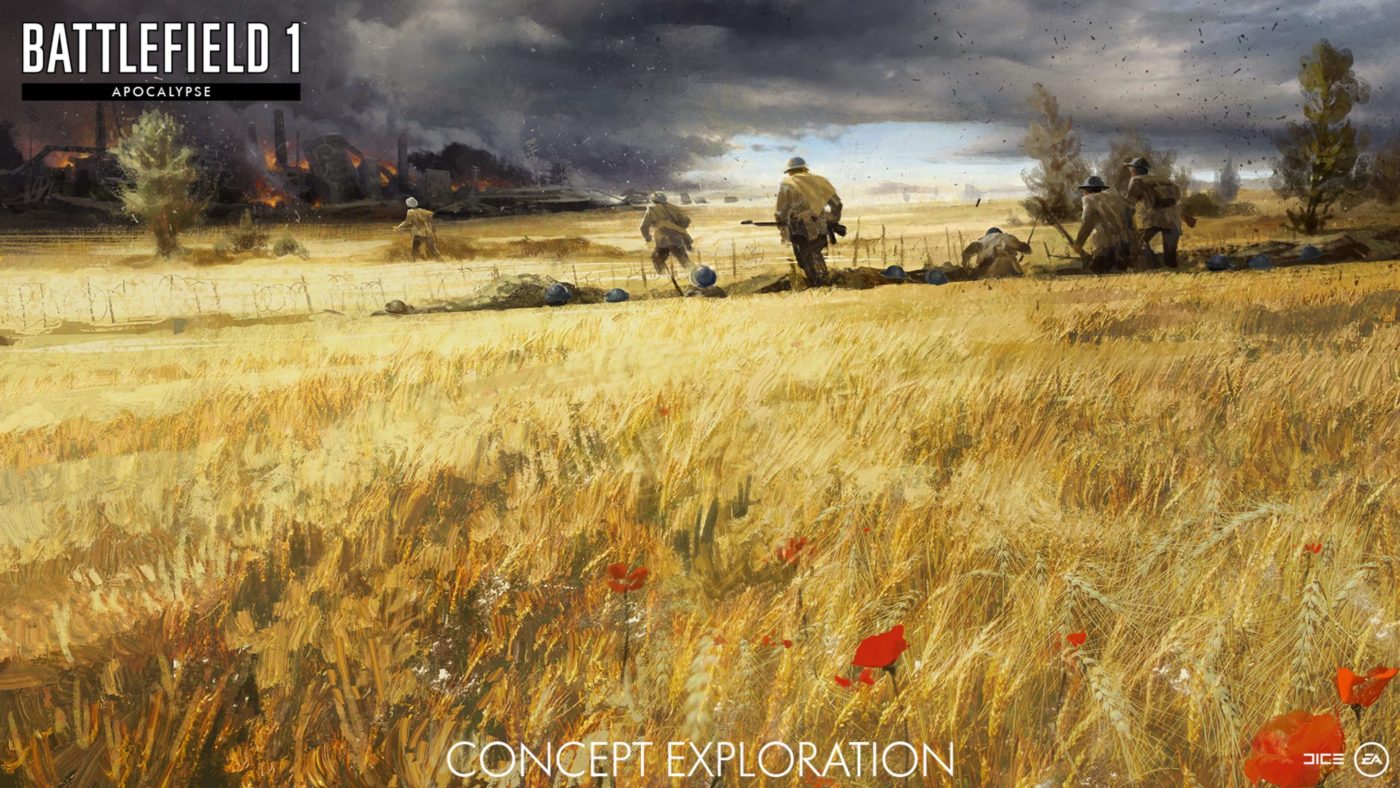 The scenic wheat fields by the Somme river transform into hell on earth from devastating artillery barrages.

There’s also a new game mode for people who like flying planes, that will come with two new maps.

Engage in frantic dogfights among snowy peaks, as British and German aces fight for control on this intense map.

With your fellow knights of the sky, join the aerial clashes high above the British capital in the new Air Assault game mode.

For the weapons and equipment, DICE has mentioned that there will be new melee weapons like a meat cleaver, and ahandy prybar. As for the guns, expect new SMG, and five other weapons to round it out to six included in the expansion.

Not enough? The Assault class will be glad to know that there’s going to be an anti-air (AA) rocket gun set to be included! If you’re like me, and get annoyed at planes dominating the game, here’s your chance to take them out. Hopefully, they’ll be effective against Behemoths too.

Finally, two new aircrafts will be making its way, he Hansa Brandenburg GI and the Airco DH10!

Once we know the exact release date of Apocalypse, we’ll let everyone know.