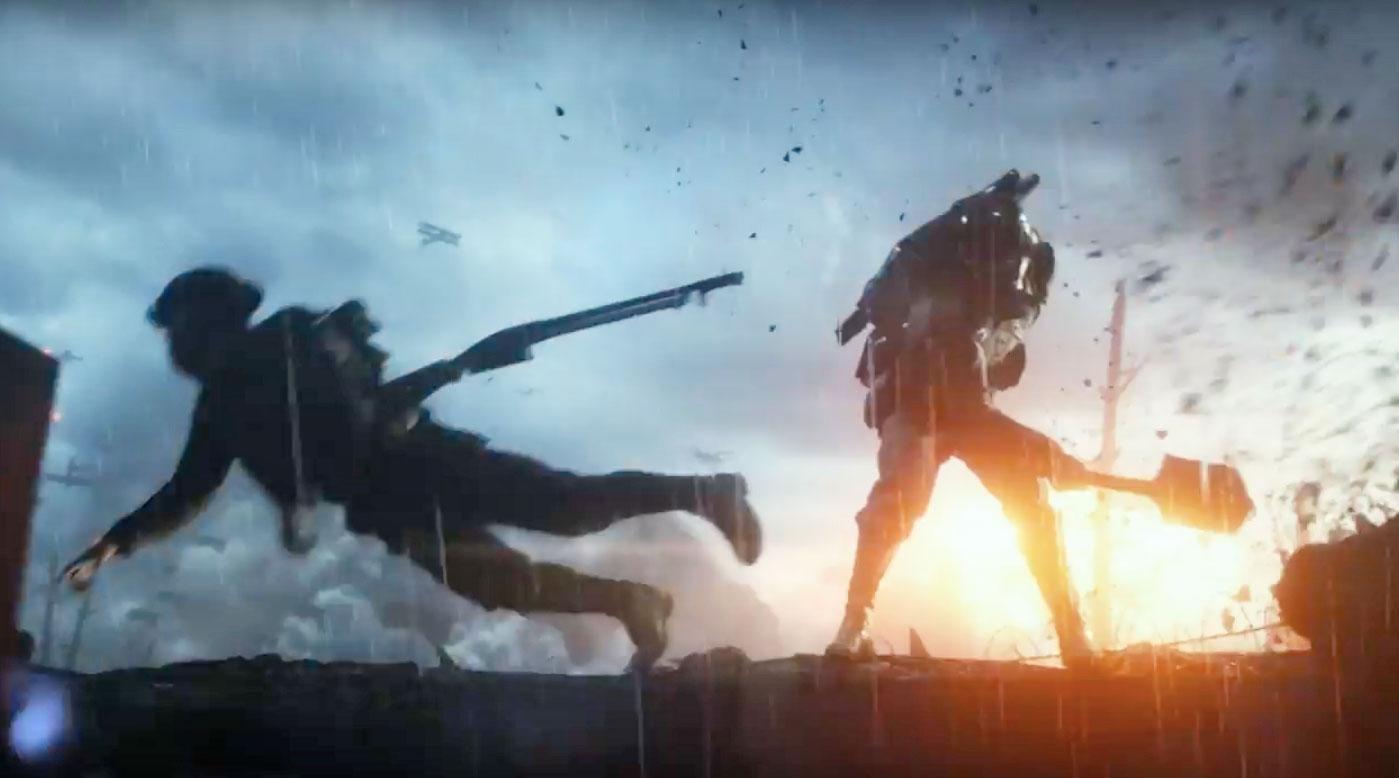 While Battlefield 2042 isn’t in a good spot right now, it seems even past Battlefield titles are are going through hardships as well, but this time, they’re due to cheaters. Battlefield 1, Battlefield Hardline, and even Battlefield 4 are all constantly being attacked by cheaters, who also ruin everyone’s enjoyment of these games by DDoS’ing (Distributed Denial of Service) them as well.

What makes this even more infuriating is, this has been happening for months now, and while it seems some cheaters do get banned, a ton go through the cracks and just run wild.

MadDog, who used to run servers for Battlefield Hardline back then, got fed up since one of the cheaters (this one dates back to 2020, even), just trolls people, and seems to relish ruining games for the heck of it. 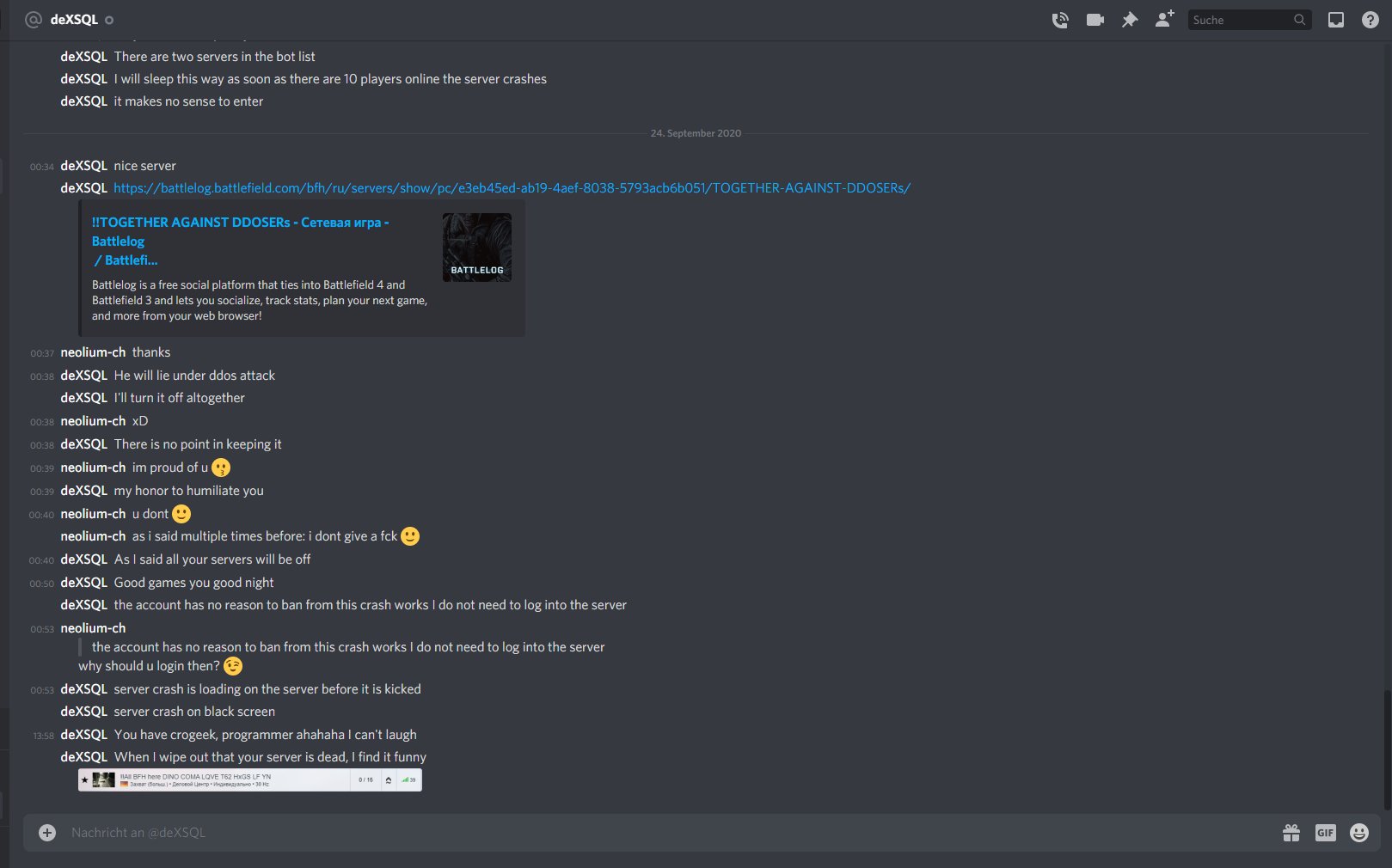 This particular cheater is at rank 150 on Hardline currently, and as one might expect, his profile is hidden, so people can’t really check his stats. In addition to Hardline, MadDog and his clan (CeltS) also ran servers for BF3 and BF4, and experienced issues wherein a cheater logs into the serer, it then crashes. Moving datacenters and hiding IPs didn’t work, too. The clan got fed up, and just stopped hosting servers altogether since this issue was never resolved.

Aside from Hardline, Battlefield 1 is still experiencing DDoS attacks even to this day! Battlefield streamer LOLGotYerTags tweeted this very issue just this weekend:

Excuse me @EA but can you please introduce some kind of DDOS protection to #Battlefield1 Official servers?

There are cheaters out there joining servers as a spectator and DDOSing them.

This is becoming all too common and it shouldn't be happening at all.

Browsing the EA Answers help forums, multiple threads from as far back as last year have surfaced complaining about the hackers. We’ve included screenshots (some new, some old) of a few just to show how bad it has become: 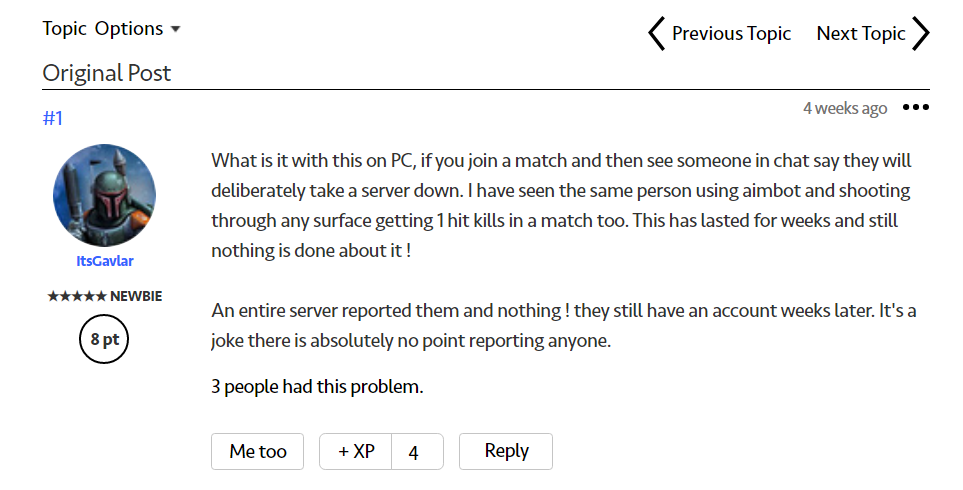 People on Reddit have chimed in about this to0:

This one post from DeathkiLLA99 over on the EA Answers forums summarizes stuff neatly:

Today every single server is being DDoS’d.

This guy joins as a spectator, spams the chat, then the server dies and everyone gets disconnected.

This piece of trash waits until the server is full capacity and more than halfway through a game and then pulls the plug again. Then when all the servers are dead and one starts filling up, it too dies.

First, it was the rampant cheating over the past few months steadily increasing. And EA DICE does nothing about it. They let them ruin our games in OFFICIAL servers. They let them run free with invisibility, aimbot, wallhacks. These pieces of trash even ADMIT to cheating in chat but EA DICE still doesn’t care

I always tell people how to report cheaters while in-game, and at this point I’ve stopped since it does nothing, absolutely nothing.

This could be avoided if you played a server with active admins that had BFBans attached to it, however, today I’ve seen that no longer does anything. This guy I’ve mentioned goes past it.

Unfortunately, outside of telling people to report the cheaters in-game, and investigating, it seems nothing concrete has happened. To further drive the point home: it’s been literally months, and cheaters and hackers are stll ruining the fun for everyone on the Battlefield 1, Hardline, BF4 PC servers. Mind, this isn’t that new when it comes to EA’s multiplayer games, as Respawn Entertainment’s Titanfall games were constantly attacked and taken down by hackers, too.

Hopefully, this gets resolved soon. We’ve reached out to EA as well, and will let our readers know if we hear anything back regarding this situation.