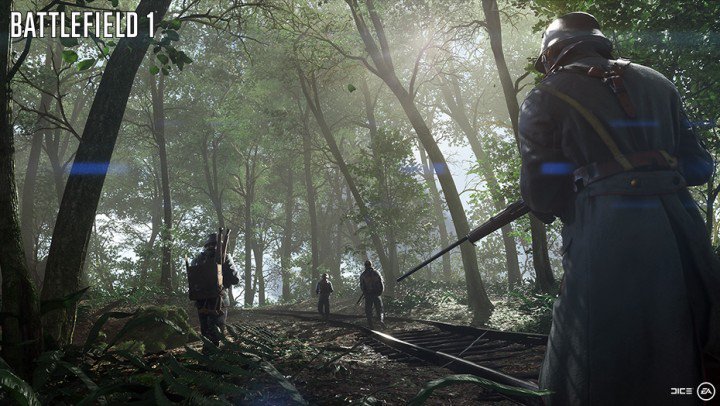 With DICE revealing a lot of Battlefield 1 info yesterday at gamescom, the studio didn’t forget the most important people who might not have time to tune in, and that’s the actual players. In case you didn’t know, a Battlefield 1 update rolled out and it adds Lupkow Pass map and lot of tweaks.

This update brings Battlefield to the snowy ravines of Lupkow Pass. The wintery mountain landscape offers stunning visuals and plenty of opportunities for exciting vertical gameplay. Narrow passages can quickly become corridors of death as the deadly Hussar cavalry of the Russian forces impales enemies on his lance.*

*Lance can be equipped by any faction’s cavalry.

Fixed issue where tank spawns would get blocked by soldiers on Amiens.

Fixed issue where released pigeon prompt would not go away. Pesky pigeons!

Fixed issue where a vehicle could not spawn in Operations for attackers on Mountain Fort. Added Frontlines to Monte Grappa and Ballroom Blitz.

Fixed issue where some VFX for the trench periscope would show in 3p mode for spectators.

Fixed issue where the ammo count for the current weapon and grenades was incorrect when spectating someone on a horse.

Fixed issue where spectators would see all scores as 0 in End of Round screen.

Fixed a bug where certain 2d overlays from vehicles would show in tabletop or free cam. Reduced area where spectator camera could fly on Verdun.

Stationary MGs will no longer deal damage to nearby players when destroyed.

Fixed issue where the receiver of a bayonet charge would not get an audio cue before being hit.

Fixed issue where a 3p soldier would continue to yell (as if they were charging) after the charge was cancelled.

Fixed issue where single-fire or semi-auto weapons could have part of their firing sound cut off if the player switched weapons immediately after firing.

Fixed issue that could cause weapon loadout UI to disappear under certain conditions.

Airplane rocket crosshair should no longer be faded.

Increased the turn speed of the horse by 25% while standing still.

Triggering a reload while galloping on the horse will no longer cause the horse to stop sprinting.

Horses automatically jumping over obstacles should now be much more reliable.

Fixed an animation bug where the reload animation would play when it shouldn’t have after getting on a horse.

Fixed the issue that updating the VIP or Moderator list causes map rotation to discard map vote result and return to the first map.
Fixed an issue where pre-round countdown would not start when players switch team.

This is a first part of a bigger initiative to solve squad spawning issues.

Performance improvements to the whole UI and in particular to the Codex and Weapons & Gadgets screens.

Added gameplay profile option to select whether on spawn the minimap should be reset to the default zoom or the last zoom state.

Added a new option under Controls->Basic to switch between a toggle or hold for sprinting with the horse.

PC – In the keybindings screen mouse mappings are now shown as icons.

Fixed vehicle destruction so that transition to destroyed state happens flawlessly, this was particularly bad for airplanes when getting destroyed mid-air.

Fixed an issue where picking up an enemy soldier’s kit would cause the player to start speaking the enemy team’s language.

Don’t forget, this BF1 update is mandatory if you want to play BF1 multiplayer. Access to the Lupkow Pass map requires BF1 Premium or the In the Name of the Tsar expansion.

You can check out what DICE has in store for Battlefield 1 from this month until early 2018 right now, too.