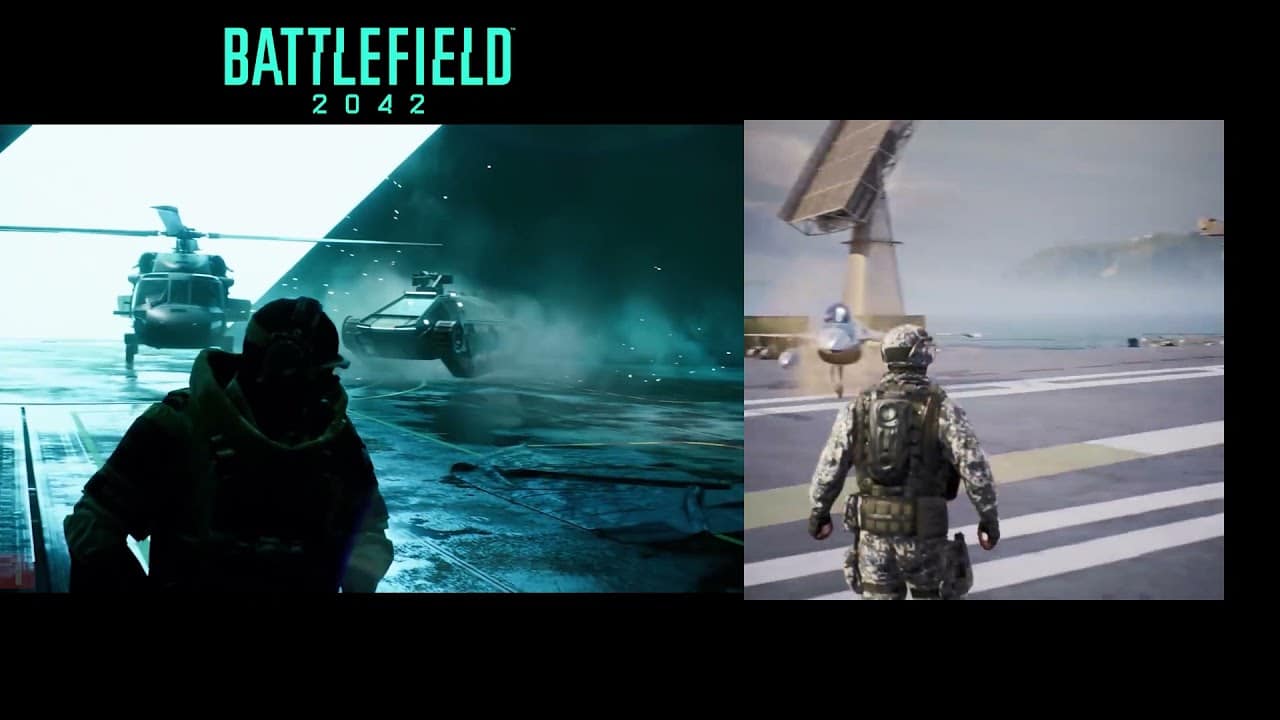 We put the two up side-by-side so people can judge it for themselves.

There are a few differences in terms of the weapons, backgrounds, and the like, but for the most part, you can’t deny that the marketing team or devs of Naval Empire just cribbed off someone else’s work. Either that, or they are huge Battlefield fans.

Will EA take legal action against this? Probably not given it’s a mobile game, though we wouldn’t be surprised if they did. In other Battlefield 2042 news, we reported yesterday that next-gen consoles won’t be able to run at 120 frames-per-second confirmed!