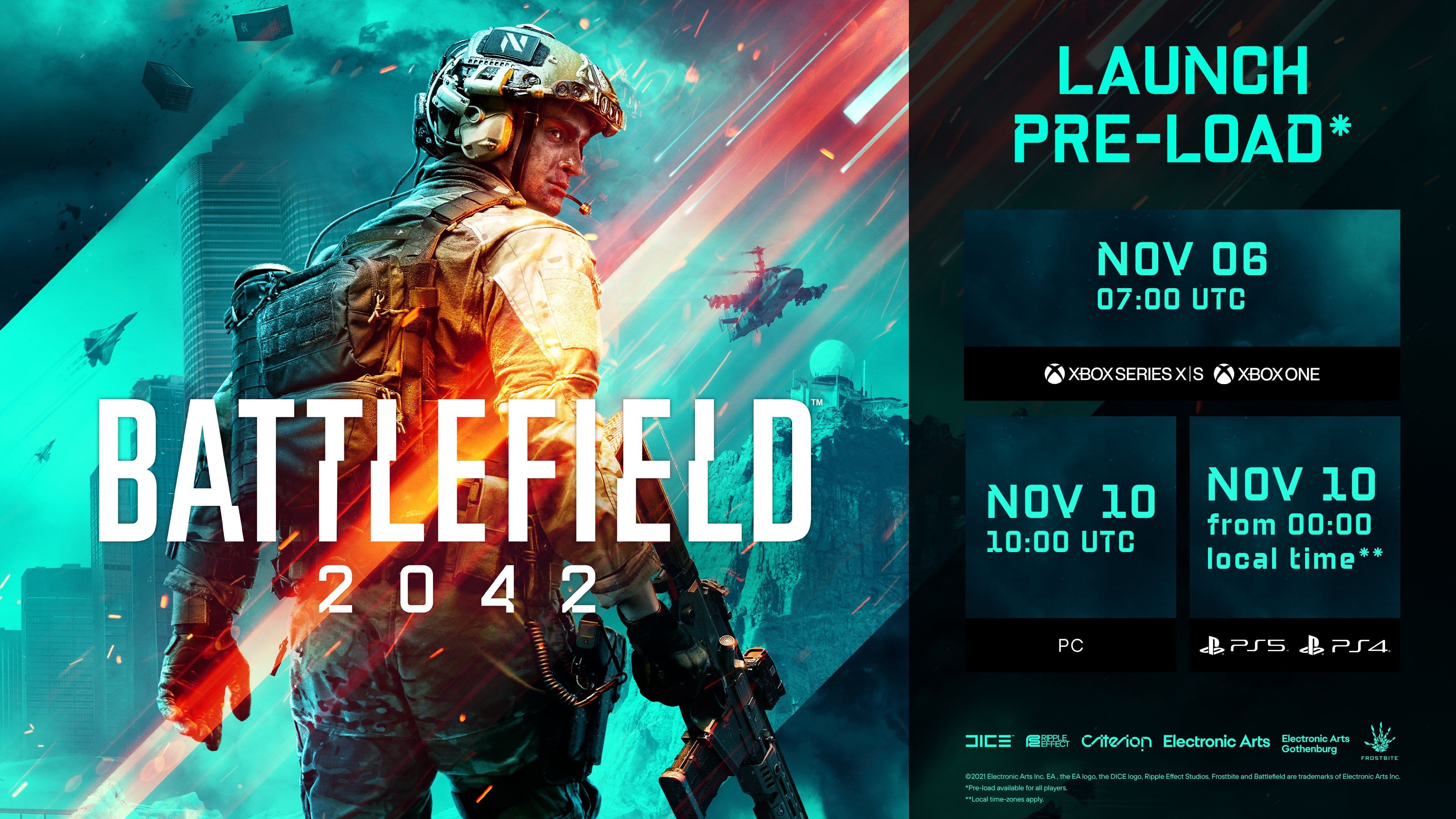 It’s almost here, soldiers! The latest entry in the Battlefield franchse is almost upon us, and for those who are dead set on purchasing it, and wondering when the Battlefield 2042 pre-load starts, we got you covered!

Xbox owners (Xbox One, Xbox Series X|S) will get a few days’ headstart in terms of pre-loading on November 6, with the PC, PS4 and PS5 versions being able to do it on November 10.

Don’t forget: Those who are members of Xbox Game Pass, and EA Play will be able to play the game for 10 hours starting November 12, while the game’s official release date is November 19.

MP1st will have a ton of info regarding Battlefield 2042 leading up to release, with our review hitting the site as soon as we feel comfortable enough with our time played on the game. Don’t expect it to be available on launch though.

Devil May Cry Netflix Series Confirmed for 8 Episodes, Will Feature Vergil and Lady