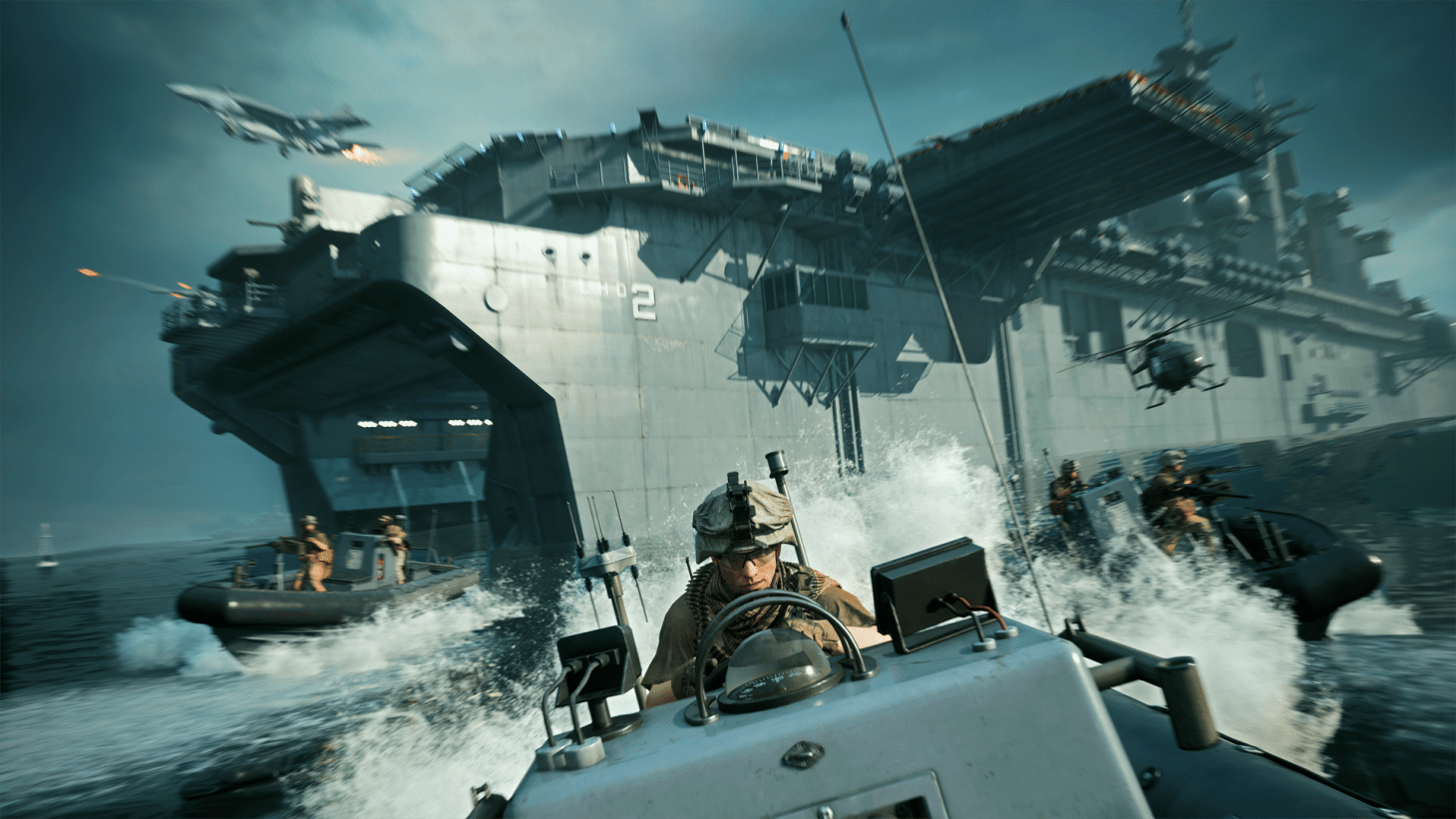 If you’re one of the many Battlefield veterans that enjoy those 24/7 Operation Metro servers, or just want your own server to fool around in with buddies, there’s good and bad news for you when it comes to Battlefield 2042 Rent a Servers (RSP).

In a video interview with Battlefield Nation, Ripple Effect Studios Senior Design Director Justin Wiebe answered a few questions about the game, and it’s new mode Battlefield Portal. When asked about the possibly of a Battlefield 2042 rent a server being available, Wiebe confirmed that it won’t be available at launch, and that it’ll be like the “community games” feature from Battlefield V where servers are hosted for free, though there needs to be at least one active player in it or it will shut down.

We when we launch the servers that people are gonna deploy, (they) are gonna be free for everyone, so regardless if you wanna say it’s just, you and w me against a whole bunch of AI, or if you wanna run a 128-player server, it’s absolutely free. Everybody can run one server at a time, basically so it means you can’t run a whole bunch of servers simultaneously. you can run one server, and that server is going to persist so as long as there’s even one player playing on that server. It will continue to run when that last player leaves, then the server will spin down, and then you know you know as the host you can choose to rerun that server the next time you log into the game, and deploy it again…it’s exactly like Battlefield V.

We also understand that there are some who are really big fans of the server rental program. That is something we’ve been actively talking about, but there’s no commitment to something like that at this time. We do understand that it is important to some of our community members, and so we’re actively taking a look at it

In the same interview, Wiebe confirmed that all content in the BF2042 Battle Passes will make its way onto Battlefield Portal as well!

We’ve got these seasonal Battle Pass that’s going to be launched, you know, with 2042, and so all of the content that is dropped in each season is also going to be made available inside of the (Battlefield Portal) Builder. So there’s going to be a constant flow of new toys — let’s call them that — that players are going to get to build with.

Hopefully, a proper rent a server program for BF2042 is in the cards, as we here at MP1st are already looking to launch an official MP1st server of our own.