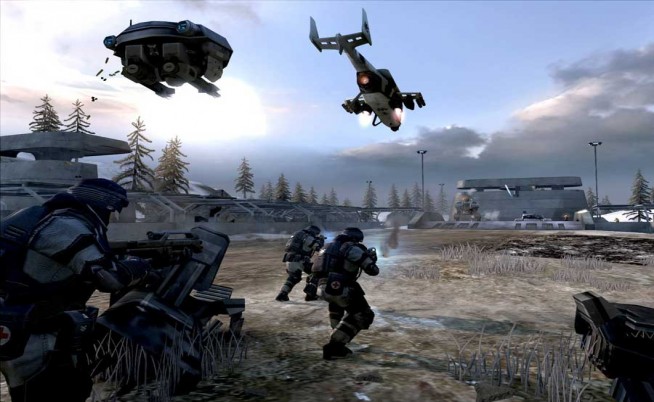 Recently, Mr. Kertz took to reddit to begin some dialog with Battlefield 3 fans. Here, he answered many questions, one pertaining particularly to DLC. One fan asked if “there may be a chance of a BF 2143…” making it in as future DLC for Battlefield 3. Kertz answered, “It’s definitely a popular topic in the office. That and Mirrors Edge and even Codename Eagle! There’s never a shortage of ideas, just time.” Global Community Manager, Daniel Matros, mentioned in a recent podcast that fan feedback will have a big influence on future DLC. If this is indeed true, then it seems there is a good chance of BF2143 getting a shot at being a downloadable expansion to Battlefield 3.

Another hot topic among the Battlefield community is mod tools. DICE stated earlier that they were not releasing any due to complications with their newly created Frostbite 2 engine. Kertz explains further: “I don’t think it’s the complexity of the tools that is the problem, but rather the complexity of middleware and licensing that goes on. No one writes all their own stuff any more, a lot of the software we use we cannot release to the community for legal reasons.”

Are you still dying for mod tools? And, would you like to see Battlefield 2143 come to fruition as a downloadable expansion pack for Battlefield 3? Let us know your thoughts in the comments and make sure to follow MP1st on Twitter and Facebook for all the latest Battlefield 3 news!

Modern Warfare 3 PS3 Problems are Being Worked On