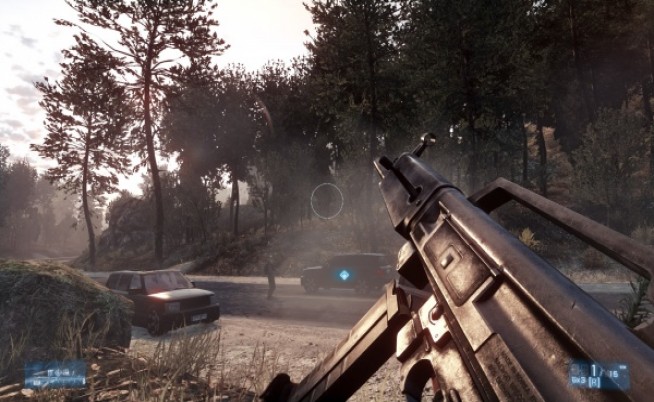 DICE Gameplay Designer and Community Manager update Battlefield 3 fans on the situation regarding the infamous USAS-12 shotgun equipped with fragmentation rounds and teases the possibility of a spectator mode.

Community Manager, Daniel Matros, recently spoke of ClanBase’s Nations Cup which is beginning today. What he had to say, however, brought some attention to a possible upcoming Battlefield 3 announcement. Interestingly, he stated, “Nations Cup is exciting. It would even be more exciting with Spectator mode.” Of course, got many fans rather excited. Matros later followed up saying, “calm down now. It’s been a wish and an ambition of mine since way back to have spectator mode in our future games.” To be clear, he mentioned that there has been “nothing confirmed or said yet.” Nevertheless, let’s keep our fingers crossed and hope that a “Battlerecorder” will be making its way to Battlefield 3 soon. After all, Matros did mention earlier today, “new stuff happening. Good day today. Fans well be in for a treat later on.” Keep an eye on MP1st for any announcements!

On the subject of the ever popular USAS-12 shotgun equipped with fragmentation rounds, which Matros was recently asked about, he stated that DICE is “checking out how to balance it.” Hopefully this is something that will be making it into the next patch, along with other weapon/attachment tweaks, VoIP updates and other fixes. Many Battefield 3 players’ main gripe with this combination of a fully automatic shotgun with explosive ammunition is how effective it is at range. However, Senior Gameplay Designer, Alan Kertz, mentioned that “shotgun buck is effective IRL out to 30m or more with good chokes. Slugs 100m or more,” to keep things in perspective.