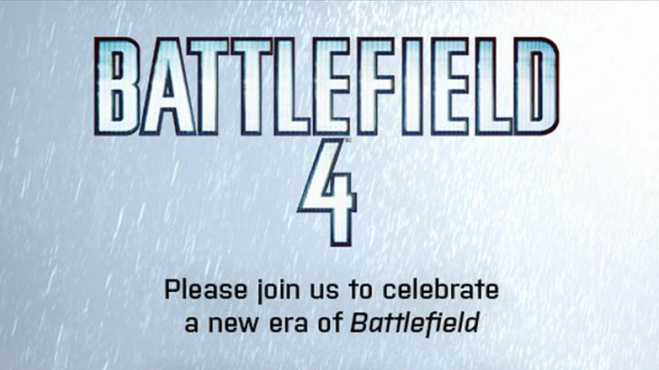 “Please join us to celebrate a new era of Battlefield,” reads an invitation sent to MP1st.

Previously, the game was demonstrated to the retail company GameStop, hinting at an incoming reveal.

Thus far, EA has confirmed that they are “aiming” for a release window between April 2013 and March 2014. It has also been stated that Battlefield 4 will take place in a modern day setting and will ship on next-generation consoles.

For everything Battlefield 4-related, keep your sights on MP1st.