Battlefield V Next Update Out Tomorrow, Here Are the Changes

DICE has announced that the Battlefield V next update is due tomorrow, February 4! This will tbe the first patch for Battlefield V in 2020, and it brings a host of new content to usher in Tides of War Chapter 6 “Into the Jungle,” as well as gamerplay changes.

Those wondering, this is Battlefield V update 6.0, and as mentioned before, don’t expect big changes to the time-to-kill, as that will come in patch 6.2 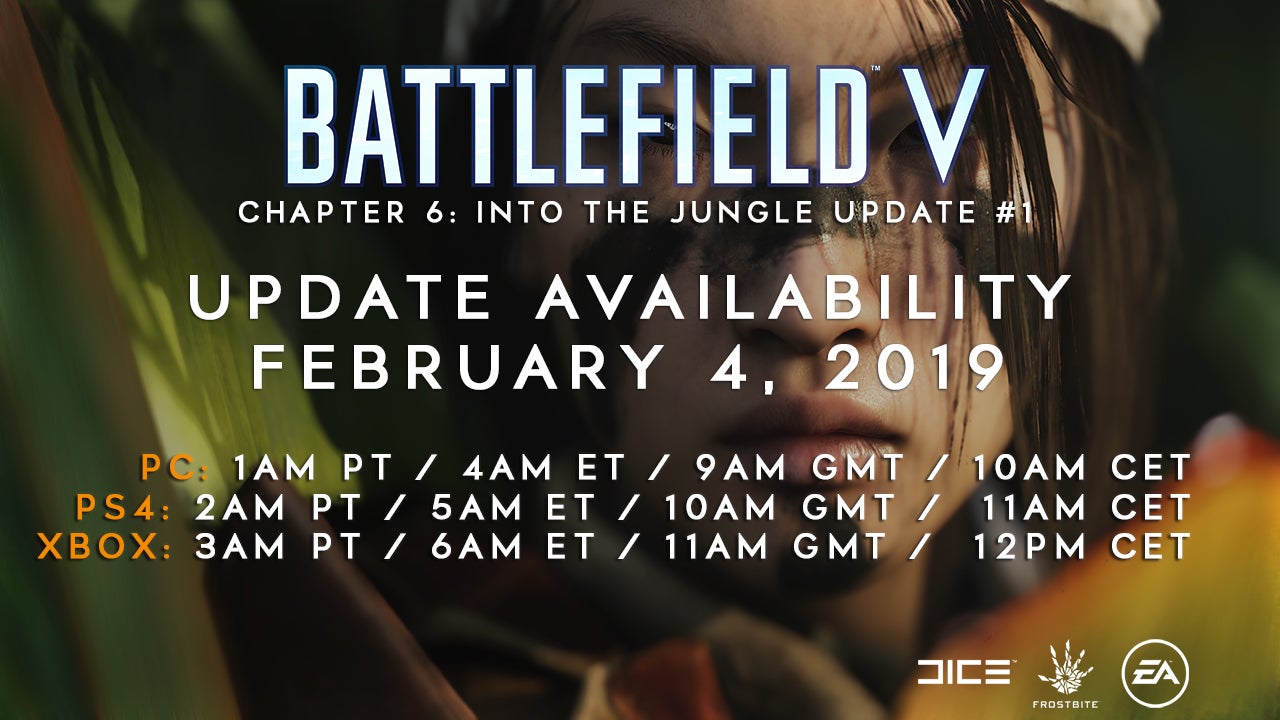 The following changes have been applied to the bolt action rifles muzzle velocity on the Recon class:

We’ll be performing a more substantive pass on our Weapon Balance in our next update for Assault, Medic, and Support. Thank you for all of your feedback on this topic.

Regarding the brand new map, it’s called “Solomon Islands” and made by the creators of Argonne Forest and Operation Locker. According to DICE, “Solomon Islands features plenty of intense choke points and deep flanking routes, all seamlessly connected by a winding river that runs throughout the length of the map.”