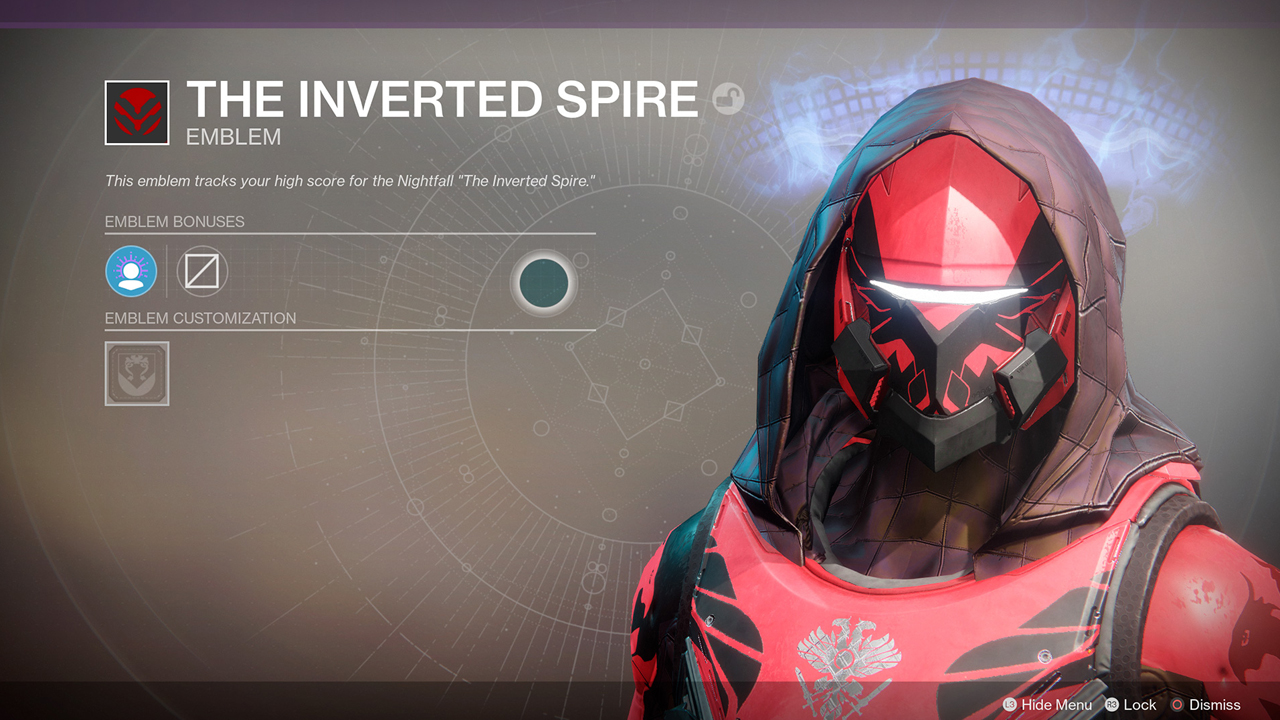 In the latest Destiny 2 developer update, Bungie has gone in-depth about upcoming changes to the game’s most challenging modes. As teased in the post-launch support roadmap, the Nightfall and Raid will both be getting tweaked, and we’ve now been given more information about what exactly is changing.

Here’s how Bungie is planning to enhance the Nightfall and Raid:

As we are working on new sandbox improvements, we recognized the need for a venue in which those improvements matter more. The weekly Nightfall, especially on the Prestige difficulty, was intended to be such a venue, but the controversial time limit mechanic is a simple pass-fail mechanism. It only acknowledges success as being a clear, with no degrees of success past that, so no competition exists in that space. It turns a lot of people off of Nightfall too, since it is both difficult and indexes performance solely on speed.

We are repositioning strike scoring in Destiny 2 to enable you to achieve something prestigious in the weekly Nightfall and as a way to amplify difficulty. The new scoring rules are intended to be better at a few specific things:

Reward you for engaging and defeating enemies instead of running past them.

Avoid over-emphasizing specific mechanics like precision kills that highlight certain areas of the sandbox (and/or punish other areas), so that players are the ones who determine the most effective Meta.

Reward you for taking on greater challenges up to the limits of your own capabilities.

Reward you for doing the above quickly and over the course of a short run versus long slogs over several hours.

Scoring is team-based and the sum of individual performances. A team should be able to focus on what works best, not feeling put out by who stole whose kill.

Scoring is primarily driven by kills and secondarily by orb generation. We want you to find what works best for clearing strikes instead of telling you which weapons to use, but we want coordinated use of Supers and other team support mechanics to contribute to high scores. We’re interested in restoring special point awards based on medals, but we want your input to understand the basic meta first.

Score bleeds over time. We are watching this closely — score decay can feel bad, but all else being equal, a team that clears faster than another team should score higher. Score decay achieves this in the most transparent fashion.

Scoring cuts off after time thresholds. At 15 minutes, new points earned are reduced by 50%. At 18 minutes, you stop earning new points and it’s a race to finish the run and post your score. We want time to matter (see above), but we also want to avoid some of the problems we saw with Prison of Elders, where a “high score” might involve punishing respawning combatants (and yourself) for a few hours until the novelty wore off. A good Nightfall clear shouldn’t feel like a slog.

Players will be able to see their (and your) scores on new Nightfall Emblems available as drops in each Nightfall strike. These emblems (and others like them) are now the source of auras, which are automatically enabled if your personal score is above a global threshold. At first the thresholds will be set based on what we think might be tough for players to reach, but we look forward to you showing us how much we underestimated you. Then we can raise the bar based on community scores.

On top of the above mechanics are Challenge Cards, items that offer ways to boost the challenge in exchange for score multipliers. In 1.1.3 there will be a challenge card that drops from completing a Nightfall run. It has some customization options to help tune the challenge level to what you and your fireteam are capable of.

Along with the aura, a personal score over the threshold will also unlock a fireteam-wide buff that boosts Vanguard Token drops in that strike by 25%. When your fireteam sees the Nightfall Aura on your head, they know who’s hooking them up.

Lastly, some rarer variants of these Nightfall Emblems will be available as drops at higher score thresholds. Obtaining these rewards is meant to be challenging, so we don’t expect everyone to reach these scores or collect these items.

Update 1.1.3 will have a first pass on this feature. Before we can call it a competitive activity, we need your help pushing the limits and finding where it breaks. Future updates will react to your input, as well as add more rewards and recognition to posting competitive scores. We also hope to extend the Challenge Cards to support more difficulty customization and deepen the scoring options. All of the feedback you give us in this release will go into making our upcoming releases better. Thank you in advance!

The current Nightfall climate encourages play that pushes players through the encounters as fast as possible, focusing on extending bonus timers, and skipping encounters unless they are required, which was more stressful than fun. With Nightfall strike scoring, we were looking to give players a little more control, allowing them to modify their experiences to provide them the challenge they want and incentivize more methodical progression through the activities. People like big numbers, and the best way to get big numbers is to kill everything. We’ve been listening to the community’s feedback, and this is our first step in making a few improvements. We’re hoping you’ll put some time in and let us know how you feel.

The modifiers will apply a multiplier to your score in the Prestige Nightfall. It isn’t all more, more, more though; there are plenty of ways to lose points. There is an ever-present score bleed to apply pressure to keep you moving, and a timer that will reduce your multiplier if you take too long. Here are the current modifiers we’re going to ship in this first iteration:

Void/Solar/Arc Singe – currently provides a +25% increase to player and enemy damage of the corresponding element.

These are just our initial modifier offerings. This release is focusing more on how the system as a whole feels, so we can get feedback on the core experience to fine-tune it before we dive in head first to creating additional modifiers. 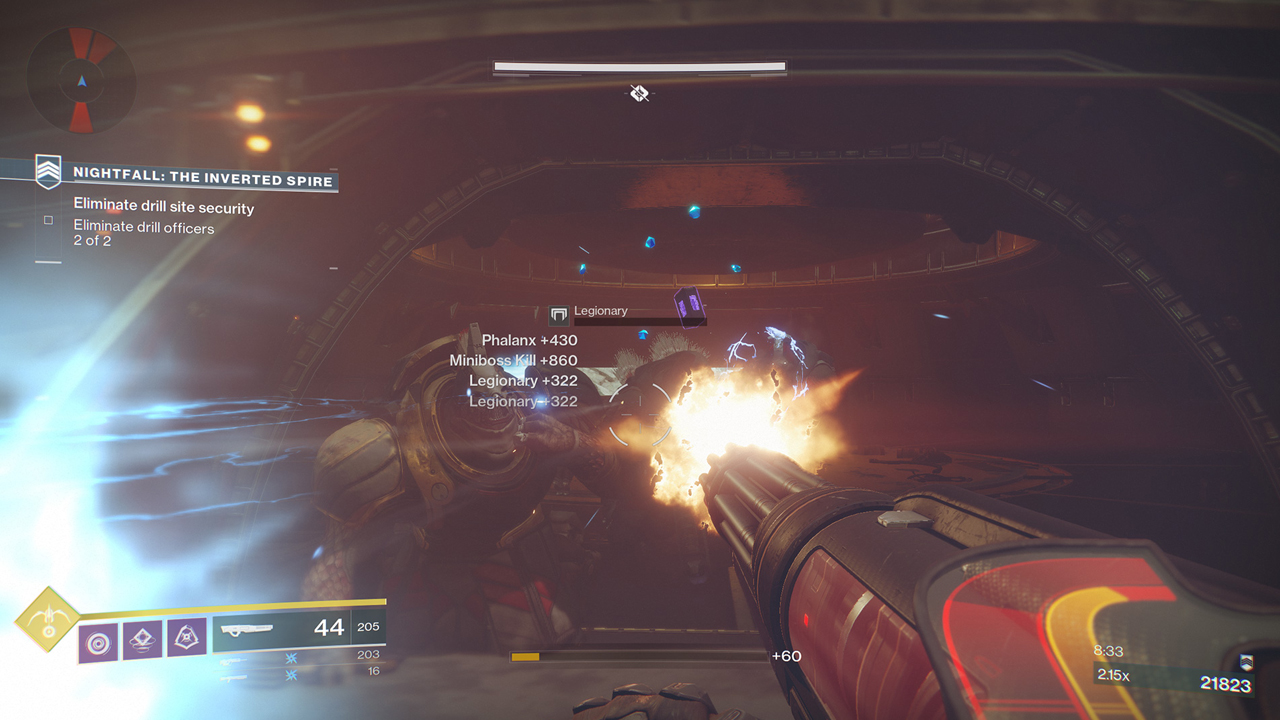 Hey, Guardians. For Destiny 2, we wanted to release raid content on a more regular cadence than we did during the first years of Destiny. In our original estimation of this work, we knew we would have to focus on normal modes, forgoing Lair challenge modes, and having their Prestige Modes rely on enemies that are more lethal and harder to kill.

As we got closer to releasing Prestige Eater of Worlds, we knew we wanted to do something more. Over the past few months, we have been prototyping a new way of adding difficulty and replayability to raid activities. Today, I’m happy to announce that we have decided to push this feature forward and release it for all the Leviathan Raid Content with the release of Expansion 2.

Going forward, all raids will all have a normal mode active at all times, and each week one raid or Raid Lair will have a curated loadout mode.

This new version of Prestige requires players to complete raids filled with deadly enemies using a curated loadout of weapons and a special modifier that enhances the way you play. The Raid Team never likes to let you know exactly what to expect, but let’s look at some hypothetical examples. These are not the plan of record, but they give you a basic idea of what you might find.

Modifier: Conduit. Each kill you get before reloading or swapping weapons gives you increasingly more ability energy.

We should also note that, while Eater of Worlds is not getting any specific encounter changes, all the previous Prestige changes in Leviathan will be active when players engage in its new loadout difficulty.

Are you looking forward to the upcoming Destiny 2 Raid and Nightfall changes? Let us know.