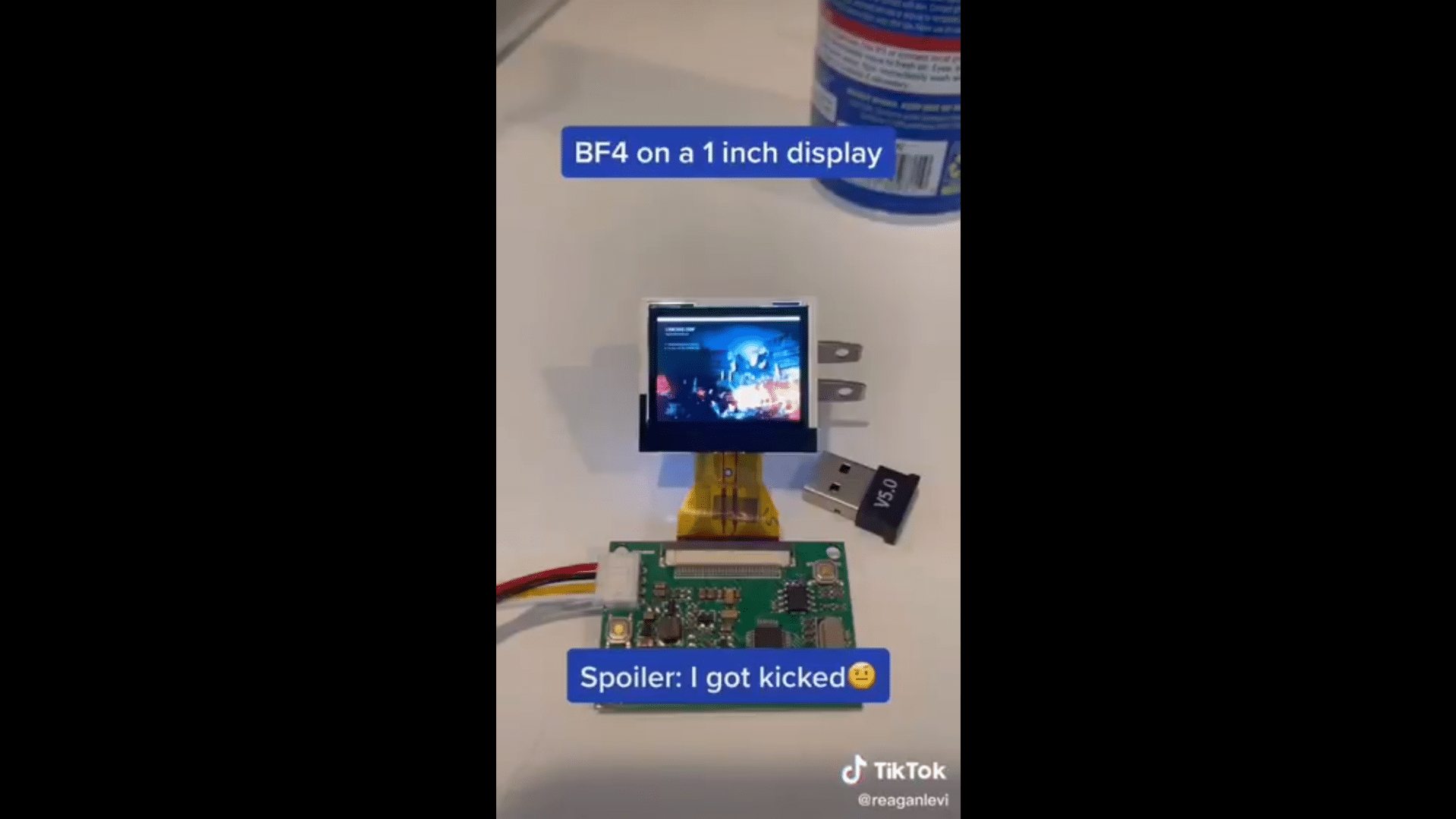 Have you ever played a shooter on a small screen? Like, a really small one? If you have, I doubt it’ll be smaller than this one, as someone is playing (has tried to play?) Battlefield 4 on a one-inch screen! Yes, it’s super small, that it’s hard to believe it’s even possible!

If you complete The Challenge in BFV using that screen I give you a digital pc/win copy of BF2042. 🤏🔬🐜

If you’re not familiar with The Challenge in Battlefield V, it’s a super elaborate Easter egg that needs multiple people to complete, and once you’ve done so, will grant the Eidolon character skin! Check out a video and more of it right here.

This is definitely a nice move by the DICE dev, and we’re curious to see what happens next, and if it’s ever completed.

For more on Battlefield 2042, don’t forget that EA is hosting a “The Future of First-Person Shooters” panel featuring DICE and Respawn Entertainment next week!