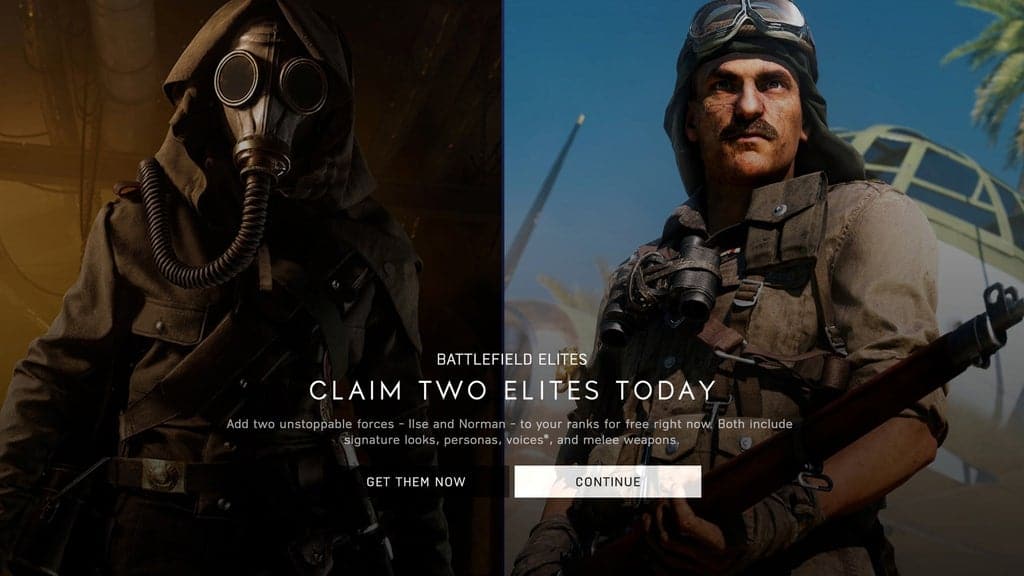 If you’re still playing Battlefield V and want some new stuff, then EA might have just made your day! Players can get these two Battlefield V Elite skins for free just by logging in today! That’s it! Nothing to purchase, no challenges to complete!

Log in today (no idea how long this unannounced promotion will last), and get the Ilse and Norman Battlefield V Elite skins for free! Chances are, this won’t be the last one, as we’re expecting more in-game freebies to hit the game and other Battlefield titles as a lead up to Battlefield 2042!

Speaking of Battlefield 2042, EA is launching a standalone film for it this August 12 titled “Exodus.”

Dying Light 2 Will Be Full of Easter Eggs, Techland Spills Beans on Hidden One in First Game