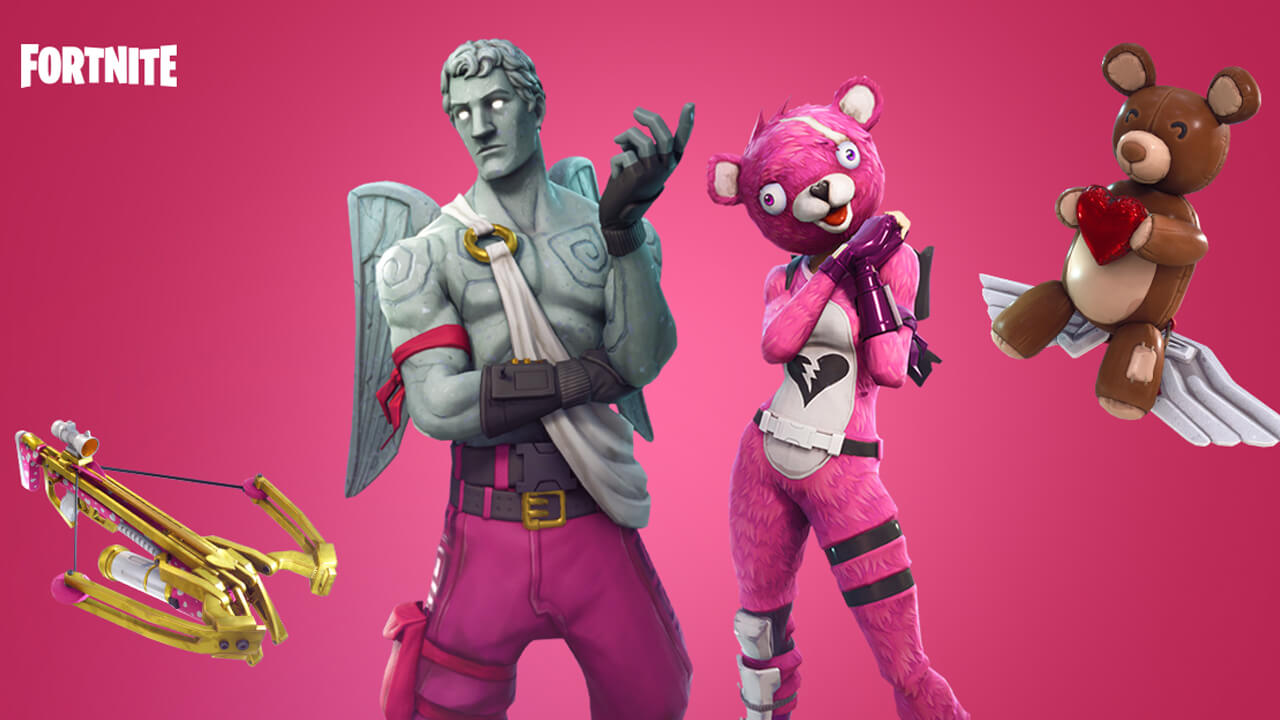 Make way! We’re back and V.2.4.2 is now available to try for yourself. Nock those arrows and try out the new Crossbow!

Find the full list of Fortnite 2.4.2 update patch notes below:

Scoped Assault Rifle is now 100% accurate when zoomed in.

Players will no longer slide off rooftops.

Fix for Item Shop panels disappearing after completing a V-buck purchase through the Store Tab.

Fixed a hole in the terrain south of Retail Row.

This weapon fires Arrows, which are an unlimited ammo type.

This weapon comes in both Rare and Epic variants.

Fortnite 2.4.2 Update: Save the World

This is a light week for patch notes, but fear not! We have plenty to bring you in the following weeks. Quests, events, bug fixes, quality of life improvements and more. Below you can see our current roadmap for big things to expect in upcoming Save the World updates.

Known Issue: Chests have low-resolution graphics on the results screen

Trophies will now properly be awarded to PS4 players

In other Fortnite news, Epic Games is slowing down the development of Paragon to focus on Fortnite, here’s the latest community stats showcase, and get a look at the future updates coming to the game.