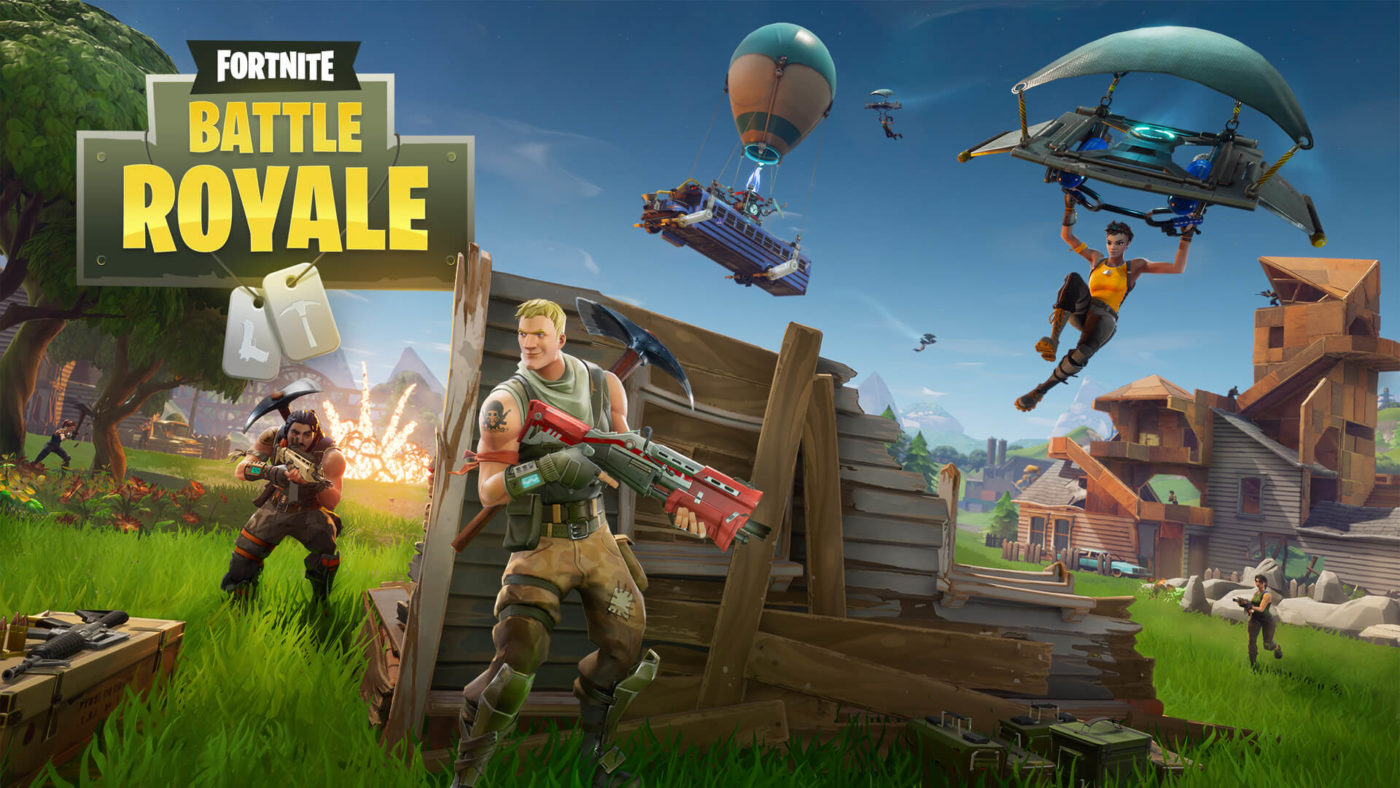 The Fortnite 3.0.0 update is now live for players to enjoy! There’s a huge number of changes and improvements made with this patch, including 60fps across all console platforms, building improvements, a new hand cannon weapon, and more!

Find the full list of “general” fixes, as well the tweaks made to Battle Royale, below:

Players can now build structures just about anywhere, even through trees, rocks and cars.

This allows you more freedom when building (no more pesky trees stopping your ramps).

Structural support still works the same way — only terrain or other buildings will support your built structures, not objects you build through.

If you run out of materials while building, you’ll now automatically switch to the next material with available resources.

You can turn this feature off with the “Auto Material Change” option in the Game Settings menu.

You can now continuously place the selected building piece by holding down the Primary Fire button.

You can turn this feature off with the “Turbo Building” option in the Game Settings menu.

The score was created by film composer Marco Beltrami (Logan, The Hurt Locker, etc.) and Pinar Toprak (Krypton TV series, additional composition for the Justice League film, etc.). The hour long score was recorded in Nashville with an amazing orchestra.

Save the World: All music has been updated with an entirely new soundtrack.

Battle Royale: The Login, Launch, and Lobby menus have updated remixes from the new score.

This can be found in the new “Accessibility” tab in the game’s options.

There’s a strength indicator so that you can find a level that works best for you.

This feature is still in development. We’d love to hear your feedback, especially if you’re unable to find a level that makes the colors better for you.

Holding down the “Interact/Use” button when approaching a chest or downed ally will now automatically perform the action once in range.
This also works when reviving teammates.

Messaging now displays when party functionality has degraded due to server issues.

This includes being able to join parties and send invitations.

Improved the look & feel of the game window title bar, buttons and borders on Windows.

Fixed Auto-Run being cancelled when opening the map or inventory screens.

Inventory icons should no longer get stuck in a selected state after being dragged out of the inventory.

Improved CPU performance when activating overlaps, such as traps or triggers.

Fixed an issue where incorrect numbers could be shown if you enabled the “Show Net Stats” HUD option.

Microphones connected to controllers will be muted when changing any audio volume.

Pump Shotgun behavior has been addressed. Firing the Pump Shotgun and quickly switching weapons will now require you to pump the Shotgun before the next shot.

We will be monitoring any fallout from this and continuing to iterate on how this works throughout the next patches.

Grenades no longer have the ability to Crit.

Removed the Valentine’s Day skin from the Crossbow.

Fixed the colorful outlines around weapon pickups not showing up.

Fixed the Crossbow not reloading if the fire button is pressed with an empty ammo clip.

Fixed the Impulse Grenade sometimes not sticking to the environment.

Fixed a recoil recovery issue that caused the reticle to be in a lower position than expected after switching weapons.

Battle Royale now defaults to 60 FPS, but you can switch back to 30 FPS in Settings if you prefer higher quality visuals.

This replaces the Uncapped mode.

Optimized weapon and building selection to be much more responsive under non-ideal network conditions.

Several HUD elements have been optimized to improve performance.

Fixed hitching that occurred when jumping out of the Battle Bus.

Fixed hitching that occurred when encountering certain skins for the first time in a match.

Players now remain in control of their character for 10 seconds after earning Victory Royale!

Players who do not have an Outfit equipped will now have the same Outfit both in-game and the lobby.

Fixed an issue where sometimes no weapon would be equipped on first weapon pickup.

Fixed an issue where the wrong item was dropped after switching inventory slots immediately after picking-up a new item.

Fixed an issue where Supply Drops were unable to be viewed from long distances.

Fixed issue where other player models could appear giant in certain network conditions.

Fixed the wrong item stack sometimes being consumed when multiple instances of a stacking item are in the quickbar.

Fixed a rare server crash when a player would join a match.

Fixed an issue that would cause visual delays when acquiring pickups or opening chests.

The fullscreen map can now be opened while spectating.

The fullscreen map now displays information about what the buttons do in the top right.

The path of the Battle Bus is now visible on the map prior to launch.

When picking up items, we once again display the names and quantities on the HUD, with an improved appearance.

Ammo count is now shown in the tooltip for weapons on the ground.

When spectating players, the number of players they’ve eliminated now appears under their name.

Text notifications no longer appear when a spectator leaves.

The “You placed X” message now appears for only 10 seconds instead of 20 while spectating.

Added a Help button to the Battle Pass tab with a list of Frequently Asked Questions.

Fixed an issue where, after being eliminated, the banner rank of the opponent wouldn’t match their rank but would instead match your own.

Fixed unclear description of the Emote key binding in the Input Settings menu.

Fixed an issue where messages and popups were affected by the HUD Scale option.

Fixed an issue with escape behavior where it was cancelling game actions rather than bringing up the menu.

Downed players that were still in build mode could not open the menu.

Fixed an issue where spectators would see the character model obstructing their view, if the spectated player was scoping a Sniper with their back to a wall.

Fixed an issue where text notifications would show for spectators joining despite “Show Spectator Count” being disabled.

Fixed not having enough visual padding between the current ammo in the magazine, and the amount left in reserve.

Emoting is now available in the pre-game lobby.

You can do this by clicking on your avatar > “Emote”.

Banner, Boost Level, and Battle Pass Tier of party members are now shown in the lobby.

The top menu in the lobby now shows expanded information on party members (similar to the in-match menu).

Party Finder has been restyled with streamlined invite/join visuals.

The actions you can take for each friend or invite request are now shown in-line.

Removed Depth of Field blur to greatly increase image sharpness for all players.

Lighting during all times of day/night now match the brightness across all Quality options.

Fixed an issue which caused downed players to become invisible if revived underwater.

Unique Audio coming to several Pickaxes + Gliders within the Battle Pass in V.3.1.0.

Created new Semi-Auto Sniper world impact sounds, so it doesn’t sound as overwhelming when shot at.

Implemented a fix that should resolve the stuttering and lagged audio issues that were introduced in the last update.

Fixed an issue that caused the pickaxe equip sound to play when other players jumped from the bus.

In rare cases, the game may crash in the frontend menus when ShadowPlay Highlights is enabled. To prevent this, please update to the latest version of GeForce Experience.

After opening a Supply Drop that has been shot down, the loot will sometimes spawn in the sky and slowly fall to the ground.

In rare cases, players may be unable to edit a player built structure.

The current workaround is to press the edit button on an adjacent structure.

In other Fortnite news, Epic Games is slowing down the development of Paragon to focus on Fortnite, here’s the latest community stats showcase, and the 1.43 update has now rolled out with patch notes ready for you to view.